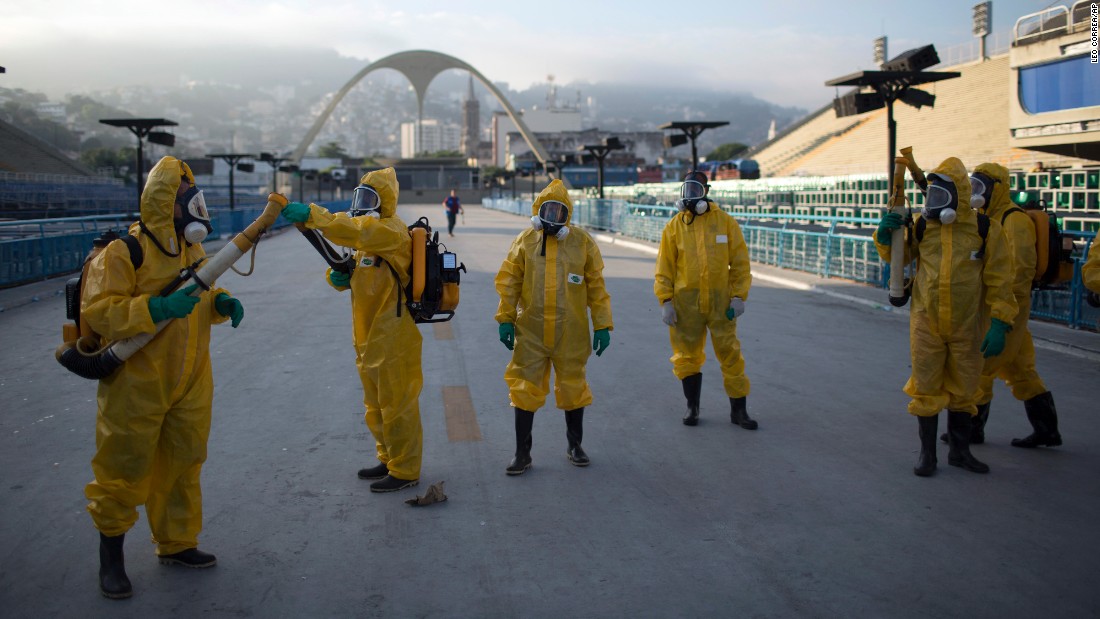 The Zika virus is a flavivirus, part of the same family as yellow fever, West Nile, chikungunya and dengue fever. But unlike some of those viruses, there is no vaccine to prevent Zika or a specific medicine to treat the infection.
Zika virus outbreaks occurred in Africa, Southeast Asia and the Pacific Islands prior to 2015. As of March 2018, CDC estimated there were at least 90 countries and territories with active Zika virus transmissions.

CDC is studying the link between Zika and Guillain-Barré Syndrome, a rare autoimmune disorder that can lead to life-threatening paralysis. It is known to be a side effect associated with other viral illnesses such as influenza.

In February 2016, WHO reported, “Although at least 15 groups are working on Zika vaccines, WHO estimates that it will be at least 18 months before vaccines could be tested in large-scale trials.” The FDA approved the first human trial of a Zika vaccine in June 2016. As of 2019, there is still no available vaccine or medication.
Cases including confirmed, probable or suspected cases of Zika in US states and territories updated weekly by CDC.

Most people infected with Zika virus won’t have symptoms. If there are symptoms, they typically appear a few days to a week after exposure, although the precise incubation period is not known.

Fever, rash, joint pain and conjunctivitis (red eyes) are the most common symptoms of Zika virus. Some patients may also experience muscle pain or headaches.

Zika is commanding attention because of an alarming connection between the virus and microcephaly, a neurological disorder that results in babies being born with abnormally small heads. Microcephaly can cause severe developmental issues and sometimes death. A Zika infection may cause other birth defects, including eye problems, hearing loss and impaired growth. Miscarriage can also occur.
During an April 2016 press briefing, CDC Director Thomas Frieden said, “It is now clear the CDC has concluded that Zika does cause microcephaly. This confirmation is based on a thorough review of the best scientific evidence conducted by CDC and other experts in maternal and fetal health and mosquito-borne diseases.”
An August 2018 report published by the CDC estimates that nearly one in seven babies born to women infected with the Zika virus while pregnant had one or more health problems possibly caused by the virus, including microcephaly.

According to CDC, there is no evidence that previous infection will affect future pregnancies.

(Sources: WHO, CDC and CNN)
1947 – The Zika virus is first discovered in a monkey by scientists studying yellow fever in Uganda’s Zika forest.

1948 – The virus is isolated from Aedes africanus mosquito samples in the Zika forest.

1964 – First active case of Zika virus found in humans. While researchers had found antibodies in the blood of people in both Uganda and in Tanzania as far back as 1952, this is the first known case of the active virus in humans. The infected man developed a pinkish rash over most of his body but reported the illness as “mild,” with none of the pain associated with dengue and chikungunya.

1960s-1980s – A small number of countries in West Africa and Asia find Zika in mosquitoes, and isolated, rare cases are reported in humans.

April-July 2007 – The first major outbreak in humans occurs on Yap Island, Federated States of Micronesia. Of the suspected 185 cases reported, 49 are confirmed, and 59 are considered probable. There are an additional 77 suspected cases. No deaths are reported.

2008 – Two American researchers studying in Senegal become ill with the Zika virus after returning to the United States. Subsequently, one of the researchers transmits the virus to his wife. This is now believed to be the first known sexual transmission of the Zika virus.

2013-2014 – A large outbreak of Zika occurs in French Polynesia, with about 32,000 suspected cases. There are also outbreaks in the Pacific Islands, including Easter Island, the Cook Islands, and New Caledonia during that time. An uptick in cases of Guillain-Barré Syndrome during the same period suggests a possible link between the Zika virus and the rare neurological syndrome. However, it was not proven because the islands were also experiencing an outbreak of dengue fever at the time.

March 2015 – Brazil alerts WHO to an illness with skin rash that is present in the northeastern region of the country. From February 2015 to April 29, 2015, nearly 7,000 cases of illness with a skin rash are reported in that area of Brazil. Zika is not the suspected illness at the time. Later in the month, Brazil provides additional information to WHO on the illnesses.

April 29, 2015 – A state laboratory in Brazil informs WHO that preliminary samples have tested positive for the Zika virus.

May 7, 2015 – The outbreak of the Zika virus in Brazil prompts WHO and the Pan American Health Organization (PAHO) to issue an epidemiological alert.

October 30, 2015 – Brazil reports an increase in the cases of microcephaly, babies born with abnormally small heads: 54 cases between August and October 30.

November 11, 2015 – Brazil declares a national public health emergency as the number of newborns with microcephaly continues to rise.

January 15 & 22, 2016 – CDC advises all pregnant women or those trying to become pregnant to postpone travel or consult their physicians prior to traveling to any of the countries where Zika is active.
February 2016 – CDC reports Zika virus in brain tissue samples from two Brazilian babies who died within a day of birth, as well as in fetal tissue from two miscarriages providing the first proof of a potential connection between Zika and the rising number of birth defects, stillbirths and miscarriages in mothers infected with the virus.
February 1, 2016 – WHO declares Zika a Public Health Emergency of International Concern (PHEIC) due to the increase of neurological disorders, such as microcephaly, in areas of French Polynesia and Brazil.

February 8, 2016 – CDC elevates its Emergency Operations Center (EOC) for Zika to Level 1, the highest level of response at CDC.

February 26, 2016 – Amid indications that the mosquito-borne Zika virus is causing microcephaly in newborns, CDC advises pregnant women to “consider not going” to the Olympics in Rio de Janeiro. CDC later strengthens the advisory, telling pregnant women, “Do not go to the Olympics.”

March 4, 2016 – The US Olympic Committee announces the formation of an infectious disease advisory group to help the USOC establish “best practices regarding the mitigation, assessment and management of infectious disease, paying particular attention to how issues may affect athletes and staff participating in the upcoming Olympic and Paralympic Games.”

May 27, 2016 – More than 100 prominent doctors and scientists sign an open letter to WHO Director General Margaret Chan, calling for the summer Olympic Games in Rio de Janeiro to be postponed or moved “in the name of public health” due to the widening Zika outbreak in Brazil.
July 8, 2016 – Health officials in Utah report the first Zika-related death in the continental United States.
August 1, 2016 – Pregnant women and their partners are advised by CDC not to visit the Miami neighborhood of Wynwood as four cases of the disease are reported in the small community and local mosquitoes are believed to be spreading the infection.

September 19, 2016 – CDC announces that it has successfully reduced the population of Zika-carrying mosquitoes in Wynwood and lifts its advisory against travel to the community by pregnant women.

November 18, 2016 – WHO declares that the Zika virus outbreak is no longer a public health emergency, shifting the focus to long-term plans to research the disease and birth defects linked to the virus. “We are not downgrading the importance of Zika. By placing this as a long-term program of work, we are saying Zika is here to stay,” says Dr. David Heymann of WHO.
November 22, 2016 – CDC announces that a section of North Miami Beach, where a cluster of Zika cases were reported, is no longer an area where the virus is being actively transmitted.
November 28, 2016 – Health officials announce Texas has become the second state in the continental United States to confirm a locally transmitted case of the Zika virus.
September 29, 2017 – CDC deactivates its emergency response for Zika virus, which was activated in January 2016.