Your cat’s ‘bad’ behavior might mean they miss you, study says 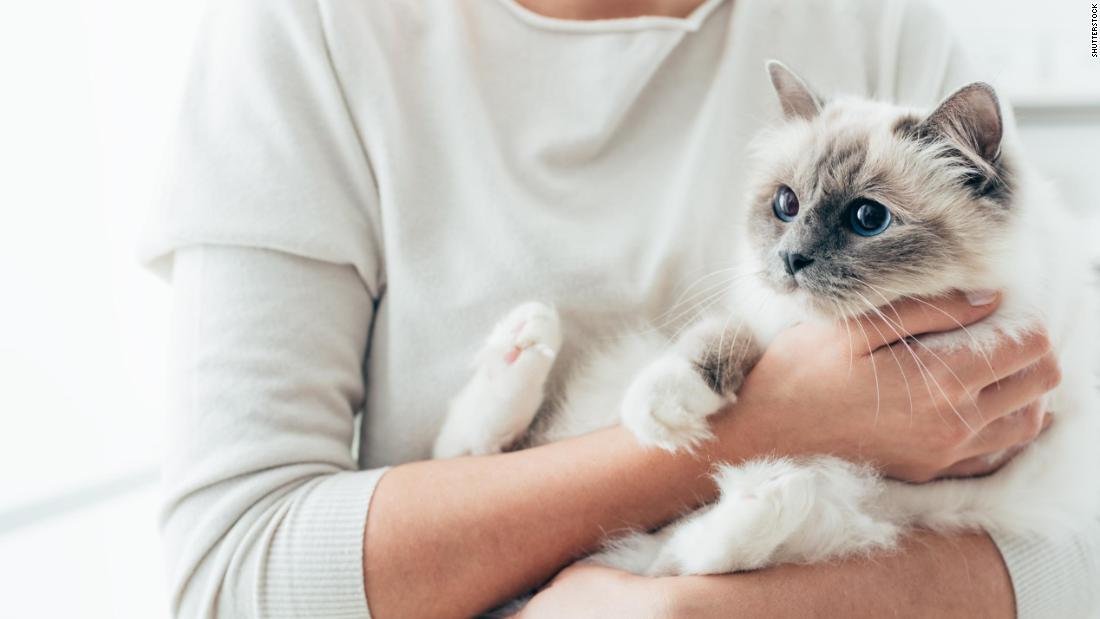 To assess separation-related issues in our feline companions, researchers gave 130 owners of adult cats in Brazil a questionnaire on their cat’s behaviors, interactions and living environment. Out of 223 cats, 13.5% had at least one separation-related problem, such as destructive behaviors or distressed mental states, challenging the commonly held idea that cats are happy alone.

“Some people believe that domestic cats are unable to develop an attachment to their caregivers/owners, but this idea was not confirmed by recent studies, showing that these animals can establish bonds with their owners,” said study author Aline Cristina Sant’Anna, a professor of zoology at the Federal University of Juiz de Fora in Brazil.

“Our study suggests that these animals might suffer when separated from their attachment figure.”

What cats do when they’re alone

The questionnaire distributed to cat owners was based on prior research on separation anxiety syndrome in dogs, according to the study published Wednesday in the journal PLOS ONE. It asked them about behaviors and body language their pets displayed when caretakers were absent from home.

Since there weren’t any cameras observing the cats, the owners answered based on evidence from reports by other residents, neighbors or any signs the cat left in the home, such as feces, urine or broken objects, Sant’Anna said.

Thirty out of 223 cats met at least one of the behavioral criteria the researchers used to define separation-related problems.

“Maybe, for different reasons, the animals raised in households with no female adults or more than one female adult were less likely to develop secure and mentally healthy type of attachments with their owners in the sampled population,” Sant’Anna said.

Cats might be a little more distressed in the absence of their owners if they are younger adults who are busy and not focused on the fact that they have a pet, the researchers theorized.

“They’re happy to have a pet, but they’re going out, being social, [going on] dates and having parties,” added Johnson, who works at feline hospital Paws, Whiskers & Claws and owns the cat behavior house call and toy business Fundamentally Feline in Marietta, Georgia. “They scoop the litter [twice a week instead of twice a day], put down the bowl of food and they’re gone,” said Johnson, who was not involved in the study.

On the other hand, older or retired adults are more typically great pet parents, as they’re home more often and tend to be more disciplined in their routines.

“Cats thrive on predictability and routine and people 18 to 35 tend to have a less predictable lifestyle — maybe more travel, more random work schedules, late nights,” Johnson said. “Cats really need that structure in their life, and I think the senior citizens do a really, really great job of providing what cats need.”

If your cat is young, she might do well with a buddy of her own size. Since cats are territorial by nature, however, introducing a second feline companion should be approached gradually and with care. Otherwise adding a second cat to the household could trigger even more anxiety and unwanted behaviors.

They could just be frustrated

“The study does allude to the fact that some of these things are hard to differentiate between true separation [anxiety] versus just, ‘Hey, I’m bored out of my mind and I’m locked in this box,'” she added. “There’s so many things that we do to frustrate cats that we don’t even realize.”

For example, inadvertently starving and frustrating them by not allowing them to control access to their basic needs, such as eating nine to 16 small meals per day. Or not having a clean litter box, as opposed to dogs who will sniff their own waste — or eat it.

“They’re fed; their owner leaves; they’re gone for 10 hours and the [cats are] like, ‘Oh my God, I have no idea when my next meal is coming,'” Johnson said.

And before you know it, the cat’s digging through kitchen cabinets, shredding the toilet paper and grooming all the fur off their legs because they’re so anxious.

If your cat won’t stop urinating or defecating on the floor or on your bed, it might be time to take her to the vet. Some behaviors that might be annoying to us may be even more painful for them: These missteps could indicate that your pet is dealing with an underlying medical condition, Johnson said.

If you suspect your cat may be bored, foraging toys are a good option — they provide sensory stimulation for your cat in the form of a challenge.

You fill the toys with food so the cat has access 24 hours per day, but they have to work for every little piece through a food puzzle. This gamified subsistence can lessen a cat’s exasperation but increase “positive frustration,” said Johnson, who has created a line of these enrichment tools.

“They have this puzzle to solve, but every time they solve it, they get food,” Johnson said. “So it’s very rewarding and self-fulfilling for them to continue to do the behavior. Foraging provides, I think, the most overlooked form of enrichment we don’t offer our cats, which is the way to hunt and kill something in the house.”

Another useful distraction is solo object play, which involves catnip pillows, little mice in balls, other stuffed toys or even crinkled balls of paper. “That’s the kind of thing that should be littered all over the floor, so cats have a chance to play on their own when humans aren’t home,” she added.

There’s also interactive play, where you might use a lure toy with a fishing-type rod and either feathers, a fake mouse or string at the end. This type of activity can keep a cat excited, help create a bond with the pet parent and give the cat exercise.

“It also mimics that predatory sequence,” Johnson said. “It’s ideal to play with them with interactive toys prior to a meal because that way you’re mimicking the natural sequence for a cat, which is to hunt and stalk [their next meal], catch it, kill it and then groom and sleep.”

Giving cats a place to perch and hide, such as on a fur or sisal cat tree, appeals to their instincts as prey, as cats are both predator and prey.

“We have to enrich their lives if we’re going to take them out of their outside world they were meant to be in and lock them in our homes,” Johnson advised.

The survey results are a starting point in research related to separation problems in cats, Sant’Anna said, and to find other risk factors more studies are necessary.

But by providing your cat with activities they’ll enjoy and a way to access food that gives them sensory stimulation, you might be able to ease your cat’s nerves — and save your new suede couch.