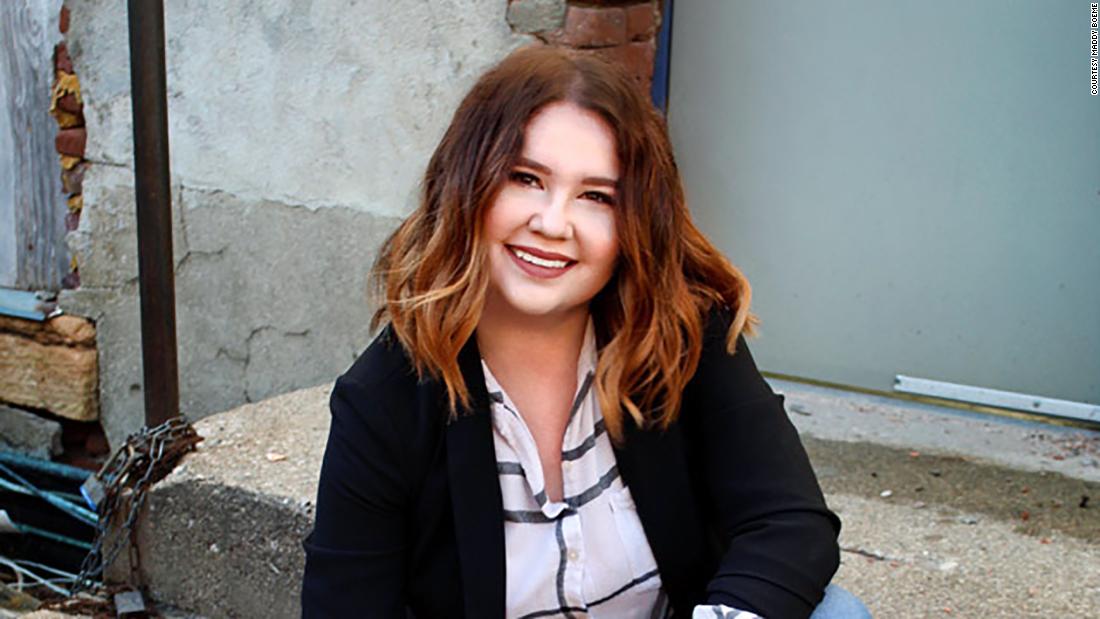 She is inspired by her grandfather, a police officer, and by growing up biracial in a small town in which there were only a few Black people.

But living with diabetes during a pandemic presents major challenges to those dreams, most of which aren’t immediately obvious. “If you look at me you’d think I was perfectly normal, until you saw a little device sticking out,” she said.

That device checks her blood sugar every few minutes, buzzing if it’s too high or too low, and houses a pump that can kick in to deliver insulin. Infections can easily disrupt that delicate balance, throwing her glucose into wild fluctuations.

The threat of coronavirus has left her “very on edge,” she said. “I get sick really easily. I cannot fight off anything to save my life. I start puking everywhere. It’s a terrifying thought.”

As college students move into dorms, apartments and fraternity or sorority houses for the fall semester, Buhman is one of countless young Americans with chronic conditions now shouldering the risk of campus life in order to pursue their dreams.

These young people are funny, energetic, ambitious and generous, with illness giving them more wisdom than their years merit.

With weakened immune systems, they want people to know that Covid-19 won’t just simply pass through them, presenting with only mild symptoms. It could severely hobble or kill them.

These high-risk individuals are taking precautions, and they hope you will, too.

Because their lives depend on it.

That’s what Alyannah Buhman, Maddy Boehme and Alexandria Stamer said in a video produced by the Hashimoto’s Encephalopathy SREAT Alliance, emphasizing the need for social distancing and mask adherence to protect young people with a range of conditions compromising their immune systems.

College students are returning to campus during a pandemic

About 3% of the adult US population is immunocompromised, or some 7 million Americans, according to a National Health Interview Survey. And 1 in 10 people is affected by one of about 7,000 known rare diseases, according to Global Genes, an organization that advocates for patients and families affected by rare medical conditions.

Half of those affected are children, and three in 10 children with rare diseases won’t survive to their fifth birthday.

Kids who luckily make it to their college years pursue their educational dreams, romance and and happiness — with some modifications, particularly during a pandemic.

“Just because classes are online doesn’t mean our illness or disability goes away,” said Sneha Dave, founder and executive director of Health Advocacy Summit, a group that empowers young adults and college students through advocacy events and programs. She recently graduated from Indiana University.

Dave appeared on a disability caucus panel at the Democratic National Convention on Tuesday, and worked with the American College Health Association, to help author a tool kit for vulnerable students returning to campus who need to ask for reasonable accommodations from administrators and professors.

During the pandemic, Dave urges students needing health-related accommodations for their dorms, classes and activities to meticulously document what they’ve requested and what the school has agreed to modify for them.

“I can’t emphasize enough the point to have everything in writing, she said. “Universities will have to be held accountable if they are choosing to be in person.”

Buhman lives in an off-campus apartment with two other women, where she takes all her classes online and is continuing her role this year with an extracurricular mentoring program — albeit virtually. Although she lives off campus, she has a roommate who has to take labs in person, in courses that could number up to a hundred students.

For instance, the college made headlines this week with its so-called “801” parties, a reference to 8:01 a.m. the Saturday before classes start, when huge parties begin early in the morning and last all day.

“I sat inside all day because I was terrified,” Buhman said. “I have a feeling that over the next few weeks the coronavirus will explode.”

Before the 801 parties, 175 incoming Iowa State students had already tested positive during the school’s move-in period, or 2.2% of students, the university reported. They were able to quarantine in isolated rooms.

She fears what could happen if that type of party culture were to continue abated. “I get nervous,” she said. “It’s a very real virus. It’s a scary thing.”

A graphic design graduate has a rare brain disorder

“I had a job but I lost it due to the coronavirus,” she said from her parents’ coffee shop in Le Mars, Iowa.

Boehme has Hashimoto’s encephalopathy, a rare disorder affecting the brain, which began at age 16.

“It was like my brain was tossed in a frying pan,” she explained. The diagnosis requires her to take a cocktail of medicines, including steroids and immune suppressants, each day, and to receive immunoglobulin infusions at home each week.

“My immune system is half gone,” she said.

She is fortunate to live in a small town, in which Covid-19 cases are rare — so far. She won’t leave home without donning a mask, although doing so makes her stick out. “It’s sort of alienating in a sense,” she continued. “I wouldn’t say we’re a mask-wearing community around here.”

Fighting a life-altering illness over the past six years has taught her lessons about radical acceptance of unchanging circumstance, insights she feels could be extended to how the whole country ought to contend with the pandemic.

“The more I’d fight it, the more I’d continue to faceplant,” she said. “I had to learn to live with it and accept it.”

In news reports, she sees the country struggling with the type of acceptance she was forced to learn personally.

“It’s a simple thing to we can do to wear a mask whether it works or not. And I’m not looking to test the waters with the coronavirus,” she said. “The moment you let your guard down is when you might get it.”

A college football player feels safe only with his team

Sam Heckel, a former offensive lineman for Syracuse University’s football team, is moving back this week for his final year of college.

The 6-foot-4 280-pound hulk has lived with congenital thrombotic thrombocytopenic purpura since he was in the second grade, a rare blood disorder that can cause clots blocking the flow of blood to vital organs. It requires him to go to the hospital every two weeks for a four-hour plasma therapy infusion.

Heckel played in 26 games across three seasons for the Syracuse Orange. As a freshman he distinguished himself as the team leader in knockdown blocks, and as a sophomore he blocked for an offense ranked 11th in the nation. Last season, he was disqualified from college football after having a concussion, but he plans to stay involved with the team again this year.

He accomplished all that while receiving regular infusions for TTP. “Working out after a treatment is never fun,” he said. “It kind of stunk practicing afterwards. If I go into a practice that way, coaches have to know.”

But the coronavirus looms as an altogether different opponent. “I’m nervous for all the students to come back,” he said. “I hope nothing is going on on campus in terms of parties and social life. My life is in other people’s hands.”

The earth science major is considering going into the oil business. One option for how to do that is to pursue a master’s degree at Syracuse, which could be funded if he were to work as a graduate assistant coach for the school’s football program.

Despite the necessary contact of a rough team sport, he is confident in the precautions the football team is taking to protect its players.

“I have faith in our administration and in our football program,” he said. “Just the big question is the students.”

“I’m sure if I got (coronavirus) my symptoms would be more severe.”

A recent graduate receives infusions in her garage

In the Southern California town of Whittier, Lilly Grossman is still reeling from an emergency room visit for Covid-19 symptoms early in the pandemic.

She had a 103-degree temperature and was coughing up blood. “It was like a common cold until all of a sudden it wasn’t,” her mother explained.

The 23-year-old graduate from Whittier College has ADCY5-related dyskinesia, a hyperkinetic movement disorder characterized by involuntary abnormal movements. Grossman, who has a more severe case, uses a wheelchair to get around and requires a monthly infusion that helps boost her immune system and her energy level.

While a nightmare for any family, an emergency room trip is a particularly devastating thought for a family with a child with Grossman’s condition. She is completely dependent on others for tasks such as dressing, cooking, showering and using the restroom.

During her ambulance ride and hospital visit, “I was aware, but I couldn’t talk. That was frustrating,” said Grossman, whose mother came to help explain her disease to doctors.

Only a few hundred people in the world have been diagnosed with ADCY5-related dyskinesia, and Grossman was the one of the first, after scientists sequenced her genome and isolated a gene that is active in the brain coordinating movements.

For people with mobility issues, Covid-19’s ability to severely restrict a patient’s breathing is just one of many reasons Grossman’s family is staying as far away as possible from other people. Even the nurse who comes to deliver Grossman’s infusions only enters into the garage.

“We are probably the least affected (in town) because we’re so careful,” Grossman’s mother, Gay Grossman, said. “She hasn’t been anywhere. We have a small pod of people who are just as strict as we are.”

In college, Grossman studied political science and minored in English, aspiring to become a journalist for National Public Radio. She frequently writes about disability and chronic illness issues and plans to pursue graduate work in disability studies online through the City University of New York.