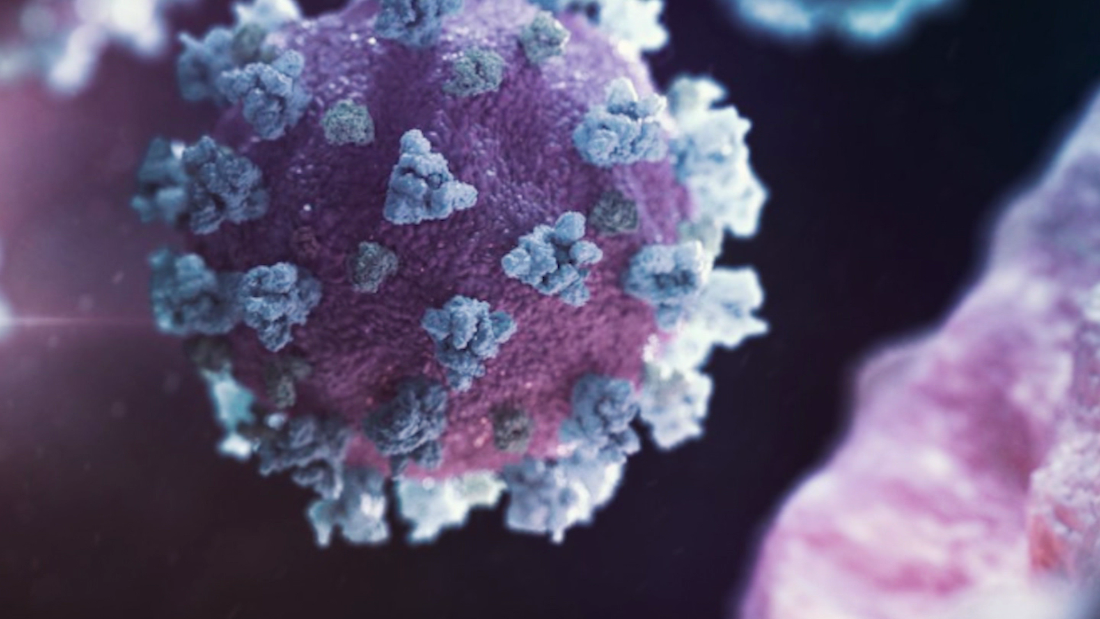 He’d been home on and off but never seemed able fully recover. His blood oxygen would drop, although tests indicated he was negative for the virus.

“We sequenced the virus from the first episode, from the second episode, and continued to sequence as the patient was admitted again and again,” Li told CNN.

At first, the goal was simply to see if the patient was getting repeated new infections, or had developed a chronic infection with the same virus.

The genetic tests not only showed the man had been infected with the same virus all along, but that it had been evolving as it replicated. “It was incredible,” Li said.

A mutation from Africa, home grown in Massachusetts

Over the next few weeks the patient — who had an underlying condition that weakened his immunity — developed a range of symptoms. Five months after he first tested positive, the patient was put on a ventilator to help him breathe. He developed an invasive fungal infection, and died 154 days into his illness.

An autopsy showed his lungs and spleen were laden with virus. And the mutations were especially common in what’s known as the receptor binding domain of the spike gene — which codes for the knob-like structures the virus uses to dock onto the cells it infects.

Looking back, Li says, the resemblance is clear. They’re the same mutations that are worrying scientists watching the so-called South African, UK and Brazilian variants known as B.1.351, B.1.1.7 and P.1.

Viruses change all the time, of course, and most of the changes, or mutations, are harmless. But sometimes one of the pieces of virus will acquire a change that gives it an advantage, and that one will come to dominate in a population. And, sometimes, that change can be harmful to the people it infects. Other times, it make it easier for the virus to be transmitted. That’s what happened with some of the new variants.

“This patient’s mutations include hallmarks of the new variants, like N501Y and 484K,” Li said.

“They weren’t there at the beginning. They only developed in this patient over time,” Li said.

“At the time we didn’t necessarily know which one was more important. Then, as we saw these new variants emerging from the UK, from South Africa, from Brazil, we saw the same mutations.”

The case, which Li and colleagues detailed late last year in a letter to the New England Journal of Medicine, demonstrates that if infection lingers in people with weakened immune systems, it gives the virus the opportunity to evolve into new and potentially more dangerous forms.

There’s no evidence it was the mutations that contributed to the patient’s death. His body simply couldn’t fight off the infection. And Li says he doubts this particular patient had much opportunity to infect anyone else.

But Dr. Bruce Walker, an infectious diseases specialist who is director of the Ragon Institute of Massachusetts General Hospital, MIT and Harvard, says the case suggests variants can be both home grown and imported.

“Calling these things the African variant, the Brazilian variant, may not be so accurate,” Walker told CNN.

“I’m not sure that any mutations that are now being detected aren’t just being generated in different countries but along similar paths.”

It’s why scientists and public health leaders are increasingly warning Americans to take more care than they ever have before to prevent the spread of the virus — and are redoubling efforts to vaccinate the population.

Swarms of virus struggling to survive

“The longer that the virus has to replicate, the more chance it has to mutate, and that’s just the very unfortunate bottom line,” Walker, who also helped work on the patient’s case, told CNN.

“The virus is going to continue to evolve. It’s an arms race, and we can impact that by getting people immunized and by preventing new infections in the meantime by whatever mechanisms we can. What these variants are telling us is there is no time to lose.”

There’s nothing unique about the changes now being seen in the coronavirus, said Tom Geisbert, an expert on emerging new viruses at the University of Texas Medical Branch.

“If you think about viruses in nature, they’re swarms,” Geisbert told CNN.

“There are always subpopulations because that is evolution. There are always outliers and mutants. Viruses are constantly changing. They are trying to adapt to their environment.”

But because there is no treatment that knocks coronavirus right out in the way antibiotics can kill off a bacterial infection, the chances for mutation happen every time someone is infected.

“Certain people get chronically infected because they have deficiencies in their immune system. And in that situation, the person might still be making some immune response but it’s not quite enough to quell the infection like most people who get infected,” explained Michael Worobey, who studies viral evolution at the University of Arizona..

Earlier this week, Dr. Luciana Borio, a former US Food and Drug Administration chief scientist who is currently vice president at strategic investment firm In-Q-Tel, called for the FDA to rescind its emergency authorization for one coronavirus treatment — convalescent plasma. It’s made from the blood of people who have recovered from a coronavirus infection.

“We already know that, in aggregate, this therapy does not help patients with COVID-19. But by using it in circumstances where it does not work, we are providing the virus with a road map that could help it develop mutations that evade natural and vaccine induced immune responses even more rapidly,” Borio told a House Energy and Commerce Committee hearing.

And on Friday, a team led by Steven Kemp of University College London detailed the case of a patient who was treated with convalescent plasma as a last-ditch effort after two months, whose body filled with an explosion of mutating virus. One of the variants in the patient’s body had changes making it twice as infectious as so-called wild-type virus that had been circulating before.

Treatment with convalescent plasma should be limited, they wrote in their report in the journal Nature, and patients undergoing such treatment should probably be kept isolated and watched very carefully.

Worobey agrees it might be a good idea to limit the use of convalescent plasma.

“In a chronically infected person, you might have genetic diversity building up and building up over a matter of months,” he said.

“Take that person and give them convalescent plasma therapy. Now you are taking antibodies from someone who had a considerably stronger immune response to the virus in the hope it would have a benefit therapeutically. What that does do is create evolutionary selective pressure,” Worobey added.

Any viral particles that have mutations that let them hide, even a little, from the immune response will thrive, even as the antibodies infused with the convalescent plasma kill off other versions of the virus in the patient’s body. The viruses with the “right” mutations will thrive.

What’s going on with the variants known as B.1.1.7 and B.1.351 is a mutation called N501Y. It helps them infect cells by improving the fit between the virus and the molecular doorways called receptors that it uses to get into cells. “It makes it like even stickier Velcro,” Worobey explained.

The virus can get into cells before the antibodies can find it and stop it.

It must work for the virus, because the same mutations keep turning up, all over the world, Worobey said.

“As soon as you hit them with convalescent plasma, this variant pops up with greater frequency,” Worobey said. “It is probably not a coincidence.”

It doesn’t have to happen too often before it starts to worsen a pandemic.

“The more you let the pandemic spin out of control, the more chances you have for that one in a million patient to exist,” Worobey said.

Li doesn’t think this is a reason to withhold treatment, even one that works as poorly as convalescent plasma does.

“Viruses become resistant to every treatment that is thrown at them,” Li said. Influenza and HIV are two well-known examples of viruses that mutate to resist the effects of antivirals.

But it does mean that doctors should take care with patients who don’t get better right away. Some patients who are chronically infected may not even be that sick, and may not realize they are not only still infected, but harboring a swarm of mutating viruses in their bodies.

“It is concerning that immunocompromised patients out there could be a source of evolution in the community,” Li said.

On Thursday, the FDA altered its EUA for convalescent plasma, limiting its use to newly infected patients.

Li noted that US Centers for Disease Control and Prevention guidelines suggest people who don’t have symptoms after 10 days of Covid-19 infection can stop isolating. That does not take into account people who may still have virus they can spread after that time, even if they are not ill.

“Because these strains are more transmissible, we have to do an even better job of controlling them,” he said.

“Any slip-up can mean our risk of infection is even greater.”