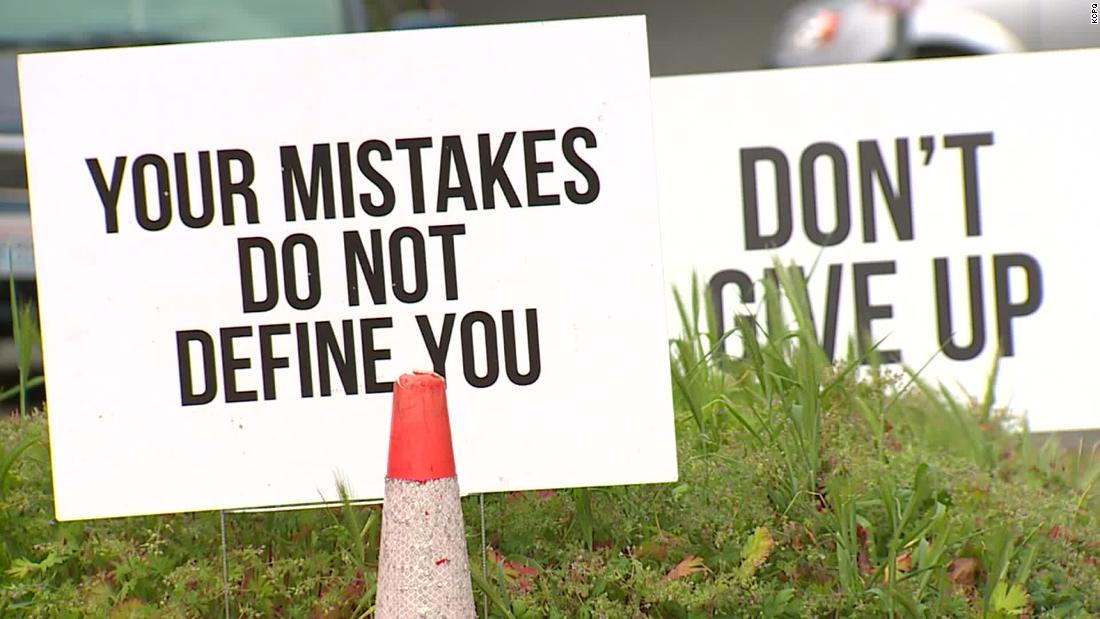 And that’s only part of the grim picture to ponder today, on World Suicide Prevention Day. For each person who has died by suicide, many more people think about or attempt suicide, according to the CDC. In 2018, over 10 million American adults seriously thought about suicide, more than 3 million made a plan, and 1.4 million attempted suicide.
All ages, races and income levels are at risk, with 79% of all suicides occurring lower to middle income countries, according to WHO. And youth can be hardest hit: Suicide is third leading cause of death in 15- to 19-year-olds globally, the agency says.
In addition, experts fear suicidal thoughts may escalate due to economic hardship and stress caused by another lethal crisis facing the world — Covid-19, the disease caused by the novel coronavirus.

In May, a national public health group in the US projected some 75,000 Americans might die from drug, alcohol misuse and suicide as a result of the coronavirus pandemic.

“Unless we get comprehensive federal, state, and local resources behind improving access to high quality mental health treatments and community supports, I worry we’re likely to see things get far worse when it comes to substance misuse and suicide,” Well Being Trust’s chief strategy officer Dr. Benjamin Miller told CNN at the time.
Data collected by the CDC in June found 11% of Americans surveyed had considered suicide in the previous 30 days. Self-reported unpaid caregivers for adults were more likely to have seriously considered suicide (30.7%), followed by young adults between 18 and 24 years old (25.5%), essential workers (21.7%), Hispanics (18.6%) and Blacks (15.1%).

But there are ways each of us can help prevent suicide. Here’s how to do your part.

There are many risk factors that can lead to an increase in thoughts about taking one’s life. It’s important to recognize these in yourself or a loved one, experts say, because many people do not talk about their thoughts of suicide in advance.

Does the person have a mood, anxiety, alcohol or other substance use disorder, a major physical illness or a history of trauma, abuse or suicide in the family?

The loss of a relationship may also trigger suicidal behavior, especially for anyone with a sense of isolation or lack of social support.

A person who holds a religious or cultural belief that suicide is a noble resolution of a personal dilemma is at higher risk, according to Suicide Prevention Lifeline, as can feeling that asking for help carries a stigma.
Any previous suicide attempt is the single most important risk factor, according to the WHO, but people can also react to local clusters of suicide or deaths of famous celebrities reported in the media — deaths by suicide rose by 10% after comedian Robin Williams ended his life in 2014.

Has there been a recent economic blow? That is another risk factor, and a reality facing millions who are out of work right now due to Covid-19-related job loss, social isolation or quarantine.

And research shows that easy access to firearms is also a key risk factor.

Again, not everyone will give their friends and loved ones verbal hints about their suicidal thoughts. That’s why it’s important to recognize warning signs in actions as well as words.

Be wary if your loved one:

Many of these signs may be tough to recognize during the pandemic as families and friends are more isolated and alone. Be sure to call and check on loved ones and listen carefully to their concerns and how they are expressing themselves.

If you are having suicidal thoughts

If you live in the US and are having suicidal thoughts, call the National Suicide Prevention Lifeline at 800-273-8255 for free and confidential support. It’s open 24 hours a day, seven days a week. For crisis support in Spanish, call 888-628-9454.
TrevorLifeline, a suicide prevention counseling service for the LGBTQ community, can be reached at 866-488-7386.
Crisis Text Line provides a live, trained crisis counselor via a simple text for help. The first few responses will be automated until they get a counselor on the line — which typically takes less than five minutes. If you are in the US or Canada, text 741741. If you are in the UK, text 85258 and those in Ireland can text 50808. The National Health Service also lists a variety of resources on its website.
Befrienders Worldwide has created a help app that connects users to the nearest emotional support center for the part of the world they live in — it will run on a PC desktop or mobile phone.