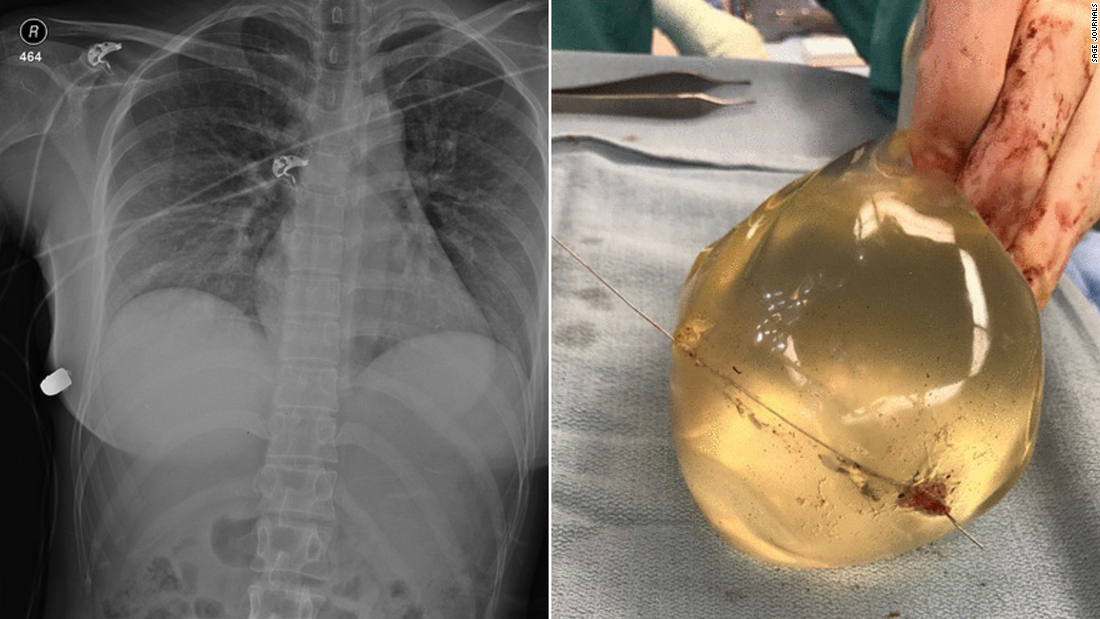 In a case study published to the SAGE medical journal last week, doctors described how a silicone breast implant deflected a bullet away from a 30-year-old woman’s vital organs.

The incident, which took place in 2018 in Toronto, Canada, is one of only a handful of instances recorded in medical literature where a breast implant played a role in saving a patient’s life, and the first recorded instance of a silicone implant doing so, surgeon Giancarlo McEvenue told CNN.

Doctors noted that the silicone implant was likely responsible for deflecting the bullet’s trajectory — ultimately saving the woman’s life.

There are two types of breast implants approved for sale in the United States. They both have a silicone outer shell, but one is saline-filled, and the other is silicone gel-filled. They can vary in size, shell thickness, shell surface texture and shape, and are typically implanted to increase breast size or to rebuild breast tissue, such as after a mastectomy or other damage to the breast.

Though the exact details of the shooting are unclear, surgeon McEvenue told CNN that the patient walked into a local emergency department seeking treatment after being shot in the chest.

“She was talking — the trauma team was in disbelief at how well she was,” McEvenue, one of the treating surgeons, said.

“The implant caused the change in the trajectory of the bullet,” he said.

The woman suffered a gunshot wound, broken ribs and broken implants, but otherwise was remarkably unscathed.

“On the left hand side is the heart and lungs — if the bullet would have gone into the chest, she would have had a much more serious, possibly life-threatening injury,” McEvenue added.

The patient was later evaluated and cleared by the trauma service, doctors said, but the firearm was never recovered and the shooter remains unknown, according to the report.

Doctors treated the wound by removing the implants, irrigating the wound and prescribing a short course of antibiotics, they noted in the report.