With Delta variant spreading, experts split on whether to test vaccinated people for Covid-19 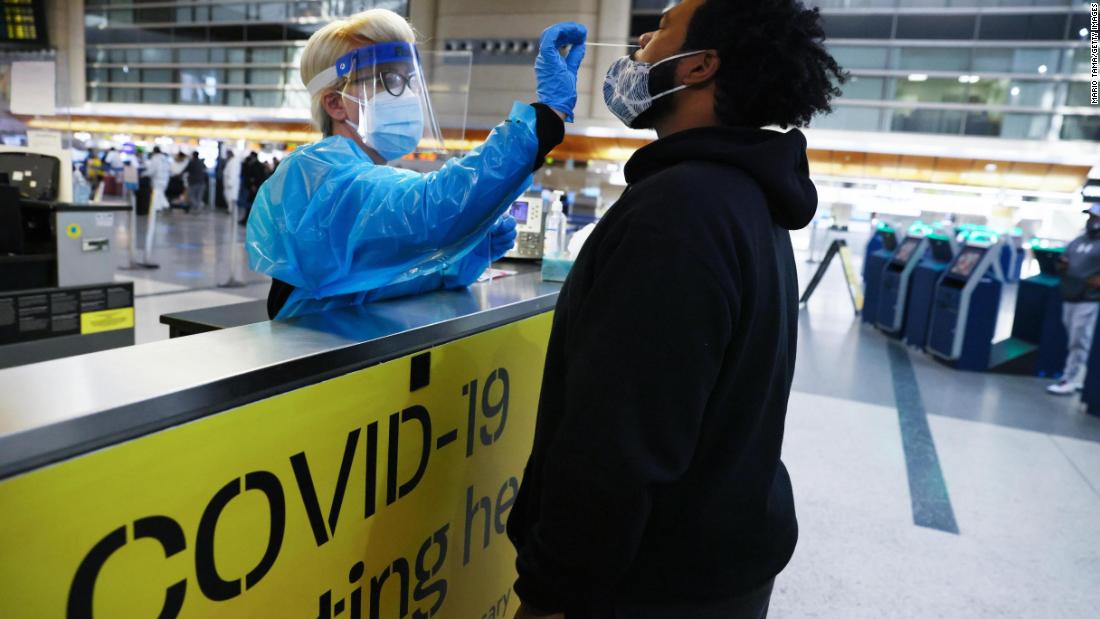 Although health officials have said evidence shows vaccinated people are unlikely to spread the virus to others, Dr. Peter Hotez, dean of the National School of Tropical Medicine at Baylor College of Medicine, says it may be important to watch to make sure the more transmissible Delta variant does not evade the effects of vaccines.

“I think now we should revisit this policy with the Delta variant and determine if the current recommendations hold up,” Hotez wrote in an email to CNN on Wednesday.

Plus, the CDC is only reporting data on “breakthrough” infections that cause severe disease. That could mean scientists and health officials will not know how many vaccinated people have mild or asymptomatic infections — and it will be very difficult to track whether a new variant such as Delta is causing more vaccine failure.

“We need to design studies. Assuming this is underway, then the question comes, do we wait for those studies or change recommendations now and reconsider regular testing for asymptomatic vaccinated individuals? Given how disruptive this is, I would probably be inclined to wait for additional data before going backwards,” Hotez wrote.

“The good news is that the mRNA vaccines are still highly protective against serious illness even for Delta.”

The mRNA vaccines are made by Moderna and Pfizer/BioNTech. Johnson & Johnson has also reported evidence its vaccine is protective against Delta, also known as B.1.617.2.

Because vaccines are still highly protective, other experts argue there is no need to change guidance.

“I still think that the pre-test probability of a positive COVID test in people who are vaccinated and asymptomatic is very small. So much so that you would worry about false positives,” Dr. Paul Offit, director of the Vaccine Education Center at the Children’s Hospital in Philadelphia, told CNN on Wednesday.

In Israel, the Ministry of Health issued a brief statement Monday saying an analysis had shown the coronavirus vaccine was somewhat less protective against severe disease than before, and linked the drop to the spread of the Delta variant of the virus.

The statement said that as of June 6, the vaccine provided 64% protection against all infections, including asymptomatic infection and mild disease, and a drop to 93% efficacy in preventing severe disease and hospitalizations.

Dr. Anthony Fauci, director of the US National Institute of Allergy and Infectious Diseases, said he would like to see more data on the Israeli findings before deciding the Delta variant in fact eludes the protection offered by vaccines.

“We need to get more granular and specific data from the Israelis,” Fauci told CNN’s Anderson Cooper.

While “the Israelis know what they’re doing,” the data is sparse, Fauci added.

The Israeli government has not yet released new data or any other background to support the findings.

“We want to make sure exactly what the circumstances were of that drop from 94% protection against asymptomatic infection down to 64,” Fauci said. “Is that a reflection that they’re more aggressively testing everybody and anybody who’s come into contact with a person who has an asymptomatic infection? I don’t know.”

‘We fully expect to see more cases, especially among unvaccinated’

In the United States, “breakthrough” cases among vaccinated people are so rare that many state health departments CNN has contacted have not collected enough data to determine any patterns or trends yet that could result in a change in testing guidance.

For instance, Louisiana confirmed to CNN in an email on Wednesday that state epidemiologists have an analysis of breakthrough cases currently underway — but need more sequencing data to be confident in sharing state-level estimates.

“However, we fully expect to see more cases, especially among unvaccinated individuals, as the proportion of Delta circulating in Louisiana increases,” Kevin Litten, a spokesperson for the Louisiana Department of Health, wrote in the email.

Similarly to other states, Arkansas has seen a “significant increase” in Covid-19 cases caused by the Delta variant, Danyelle McNeill, a spokesperson for the Arkansas Department of Health, told CNN in an email on Tuesday.

But as of now, “due to lack of variant information on all of our current cases, we are unable to attribute the increase in the number of cases to the delta variant,” McNeill said. “It is difficult to say if this is a causal relationship.”