Why teens may never be the same after the pandemic 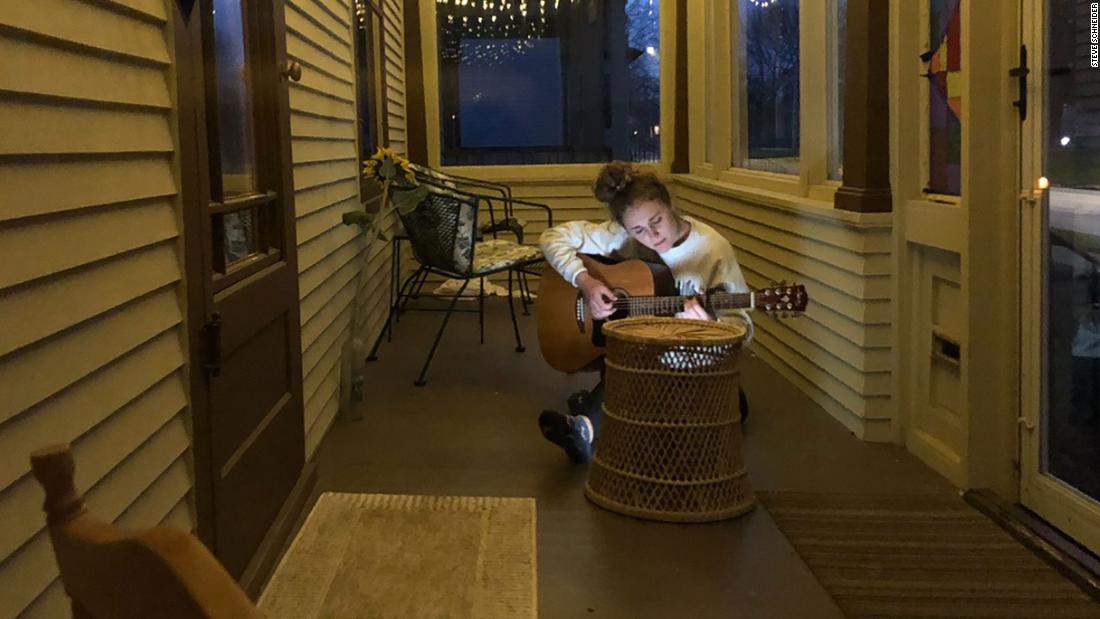 Prom is canceled, too — so the budget that would’ve covered the photo booths, catered canapes, DJ and dance floor has gone to waste. Ditto to all the prom dresses hanging in closets, unworn and untainted by spilled punch.

Classes have been conducted virtually for weeks, and teachers feel pressured to inflate their course loads. Students wake up to take exams from bed.

In the time of coronavirus, traditional hallmarks of the high school experience have all but disappeared. And as everyone settles into new routines inside, at home, teens are feeling angry, anxious and reticent. Their identities are fracturing in isolation, and the people who love them, teach them and study them fear they’ll wear the effects of the pandemic for years to come.

“Honestly, I feel as though I have been robbed,” Shanice Dawkins, an 18-year-old from Broward County, Florida, told CNN. “I’ve been looking forward to my senior year since I was a freshman, and now I have nothing to remember for it.”

Adolescents have a heightened reactivity to stress

It’s hard enough being a teenager on a good day. But the conditions that accompany social distancing may exacerbate the painful parts of adolescence to the point of crisis. Adolescents typically have a heightened reactivity to stress, thought to be the result of hormonal fluctuations and changes in brain development.

Now, throw a pandemic in the mix.

“I think this is a recipe for difficult, big emotions for them,” Camelia Hostinar, a developmental psychologist and assistant professor of psychology at the University of California – Davis, told CNN.

Hostinar described this period of isolation amid coronavirus as “social reorientation” for teens.
Teens normally spend a sizable chunk of their days at school, tuned into their peers on whom they rely to form their own feelings and opinions. Now they’re tuning in (or out) to the adults with whom they live.

The people they rely on aren’t there in person

Research shows when they were younger, their parents were buffers for their stress who could absorb the hard stuff for them. Now, the people teens rely on for that job — each other– aren’t there, not in person at least.

The lockdown is limiting their identity

Adolescence is the time when young people start to piece together who they are, or at least who they’ll be right now, she said. Many of the pieces that once defined them are lost to the virus.

“In a way, it’s limiting their identity,” Hostinar said.

All this change is overwhelming — and the autonomy and independence that teens crave is next to impossible to achieve when most places, besides their own homes, are off limits.

“There’s more anxiety about the future,” she said. “And the spillover effects from family members who are themselves anxious, and they’re smart enough to understand what’s going on.”

They feel robbed of memories

Many teens shared Dawkins’ sentiment of feeling “robbed” of memories they were supposed to make in these formative high school years.

Some lamented not being able to go to prom, considered a quintessential event of senior year, and graduation, which is culminates the end of an era.

“(Prom and graduation) were part of what made all of the work pay off and now that’s been taken away,” Sara Fuchsgruber, an 18-year-old from Aurora, Colorado, said.

“We have grown up watching our older siblings and family members go to their senior prom and walk the field and get their diploma, and that has been stripped from us in one short month.” Moreland said.

Being cooped up has led to increased anxiety

Being at home, for some, has also resulted in increased anxiety.

She has been cooped up for over three weeks now. Her siblings don’t live at home anymore and her parents are constantly working. Being home during the day makes her feel like she’s “living in a ghost town.”

“I have no one to really express myself to besides myself, which tends to lead into a pool of overthinking, which segues into anxiety or panic attacks,” she said. “Which isn’t ideal, but it’s reality.”

They worry over an uncertain future

Others expressed anxiety over what the future holds. Coronavirus has led to a thousands of people losing their jobs, and families across the US are feeling the financial strain. The virus hit just as some were preparing to dish out thousands of dollars for college tuition.

Julian Perez’s mom lost her job at a local college. His dad, a coffee distributor, expects to be furloughed soon. They told him they can no longer afford to send him to his “dream school,” the University of the Arts in Philadelphia.

“I feel like all I have worked so hard at for 12 years has been for nothing,” the 18-year-old, who is from Miami, said.

He said he plans on attending a community college close to home and then reapply to the University of the Arts next year.

All of the high schoolers expressed different ways of mourning the lost period of time. Distractions they listed include listening to music, working out and learning a new language.

“I guess you could say I feel a bit more ’empty’ without outside interactions, but I’m more than willing to make some sacrifices for the greater good,” Zahin Hoque, a 15-year-old from Alpharetta, Georgia, said.

“There are days I just want to sleep and not do anything,” Perez said.

Traumatic events have a very specific effect on teens

Traumatic national events, while rare, can move teens in subtle ways — and gradually erase their sense of self.

A study of 1,000 high schoolers, published by the Journal of Business Ethics in October of 2006, found that the teens’ values changed fairly drastically before and after the September 11th attacks in New York. The group surveyed valued survival and safety more highly after the attacks, while values like self esteem, a sense of accomplishment and “inner harmony” fell in importance.
Most teens today weren’t born at the time of the 9/11 attack. But they’ve already lived through personal traumas and collective ones, notably gun violence in schools. The emotional turbulence of teen life makes them more susceptible to depression and anxiety. The National Alliance on Mental Illness says 50% of mental illnesses develop by age 14.

Hostinar expects to see diagnoses spike now, too — though it’s far too early to measure the impact of the pandemic on teens in terms of their mental health and academic achievement.

These effects could last a long time

Steve Schneider, a high school counselor in Sheboygan, Wisconsin, said the trauma is already setting in amongst students, whether people can see it or not.

“The ramifications of this in the world of education are going to trickle for years,” Schneider said. “This will follow any kid that’s in high school right now. This will follow them through graduation. It’s not short term.”

Because Schneider can’t meet with his students, he’s left to guess at how they’re faring via emails or phone calls — though many don’t respond.

Some of his students are angry. Those tend to be the teens who enjoyed school or the seniors who looked forward to pre-graduation events. He can manage those students because they’re responsive.

But then there are the teens he compares to turtles — the ones who are so overwhelmed by the shakeup in daily life that they recede into their shells, close their eyes and ignore it all. That’s the response that troubles Schneider most.

There are some things they can do to cope

Still, it’s difficult to generalize what life will be like for an entire cohort. Many teenagers could emerge from this time more resilient than they knew they could be.

But, it’s important to allow teenagers to lean into however they are feeling during this time.

“Even if everybody at home gets along, it’s really important for their emotional development to have their own downtime,” said Dr. Katherine Williamson, a California pediatrician and media representative for the American Academy of Pediatrics.

Her other recommendations include staying on a schedule to maintain a sense of normalcy, eating healthy and exercising regularly.

Above all else, however, Williamson said it’s important to “be gentle with yourself.”

Still, they’re getting through it, little by little

When Schneider isn’t counseling other students, he’s checking on his 18-year-old daughter, a senior. He stopped outside her bedroom door one night when she looked glum.

Without saying anything, he hugged her. She sunk into his arms and cried.

But she’s coping, he said, as best she can. Schneider sometimes hears her up in her room, singing and strumming her ukulele. He knows she stays up until 1 a.m. talking to friends, who she may not see for months.

That wouldn’t fly before the pandemic. Now, he lets her talk all night.