Why some people just won’t stay home despite the advice 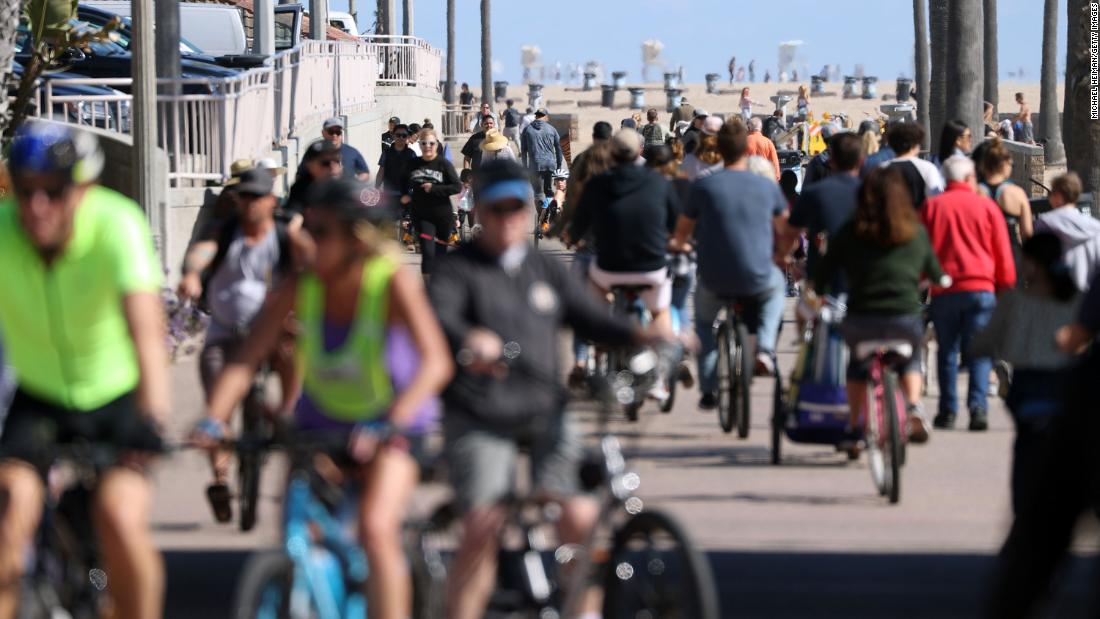 Psychologists say there are a handful of reasons — and most of them come down to human nature.

Gordon Asmundson, a professor of psychology at the University of Regina in Saskatchewan, is studying how psychological factors impact the spread of and response to Covid-19. He’s broken us all down into three groups based on our response to the pandemic: Over-responders, under-responders and those who fall somewhere in between.

The over-responders are the panic buyers who have stockpiled months worth of supplies. They’re scared, and buttressing themselves with stacks of toilet paper is empowering them and easing that fear.

The people in the middle are doing what they’re being asked to do without panicking or acting too lax — they’re pandemic Goldilocks.

Under-responders are those disobeying public health guidance — the ones who consider themselves invulnerable. They aren’t following social distancing because they believe they won’t get sick, even though it could prevent more vulnerable people from becoming infected.

These “under-responders” may be to blame if the virus continues to spread for months across the country.

They see it as a way to regain control

“One of the challenges with uncertainty is it reminds us of things that are out of our control,” she said. “I think this sort of defiance, to a certain extent, is trying to regain control.”

And in the same way that hoarding supplies is detrimental to curbing a virus, so is defying advice. Gathering in crowds only increases one’s risk of exposure. Limiting contact with others is the only way to slow the spread of the novel coronavirus.

They don’t think it’s their problem

For some, Covid-19 seems like a distant problem shouldered by residents of populous cities or foreign countries. It’s sad, yes, but it’s just not their burden.

People who live in communities where infection isn’t widespread or officials haven’t imposed lockdowns may be less willing to distance themselves from others, said Steven Taylor, a clinical psychologist and author of “The Psychology of Pandemics,” a historic look at how people respond to such crises.

“Maybe it’s wishful thinking [on their part], but people are downplaying the significance — maybe because they’re not seeing people in their communities coming down with the virus,” Taylor said.

They’re numb to it

The coronavirus is creating what Taylor calls an “infodemic.” When people’s media diets, social media feeds and conversations with loved ones consist of nothing but Covid-19, they may become desensitized to its severity, he said.

“People are getting numbed out,” Taylor said.

This information overload contributes to mixed messages, too. Younger people have been told repeatedly that they’re at a lower risk of infection. That, compounded with young adults’ proclivity for risk-taking, can mean they don’t fear the virus.

It’s also not just a generational problem. The Western world, and the US in particular, has long prized individual freedoms — sometimes even over community benefit. And during a pandemic, that mindset can be fatal for those most vulnerable, Taylor said.

That’s why health care workers, celebrities and regular folks are imploring the public not to stay home for themselves but for others — higher-risk adults over 60, people with compromised immune systems and physicians and nurses on the front lines of the pandemic.

“Community effort is the only way of managing [coronavirus],” Taylor said. “They’ve got more than themselves to consider.”

All three psychologists agree: Human beings crave connection, and being denied social interaction for extended periods can sting.
It can be particularly difficult for older adults, who are already at a higher risk of mortality from depression and loneliness. They may be less willing to use tech tools, such as FaceTime or Zoom video conferencing, to communicate.

“We’re social creatures,” Asmundson said. “We also have a lot of freedoms. It’s hard to make the changes we’re being asked to make.”

So can they be persuaded to stay inside?

That’s what Asmundson is studying to find out.

By identifying the psychological factors that contribute to these responses — either too extreme or too lax — public officials can retool their messaging to convince people to follow social distancing.

That messaging can be tricky, psychologists say. Some believe people need to be scared into staying home. Others argue that using fear can backfire because people who respond fearfully don’t make decisions based on logic — hence the panicked bulk buying.

It’s difficult to strike an equal tone with the over- and under-responders, Asmundson said. But there’s one thing the experts agree on: Convincing people to stay home is our best bet against a pandemic.