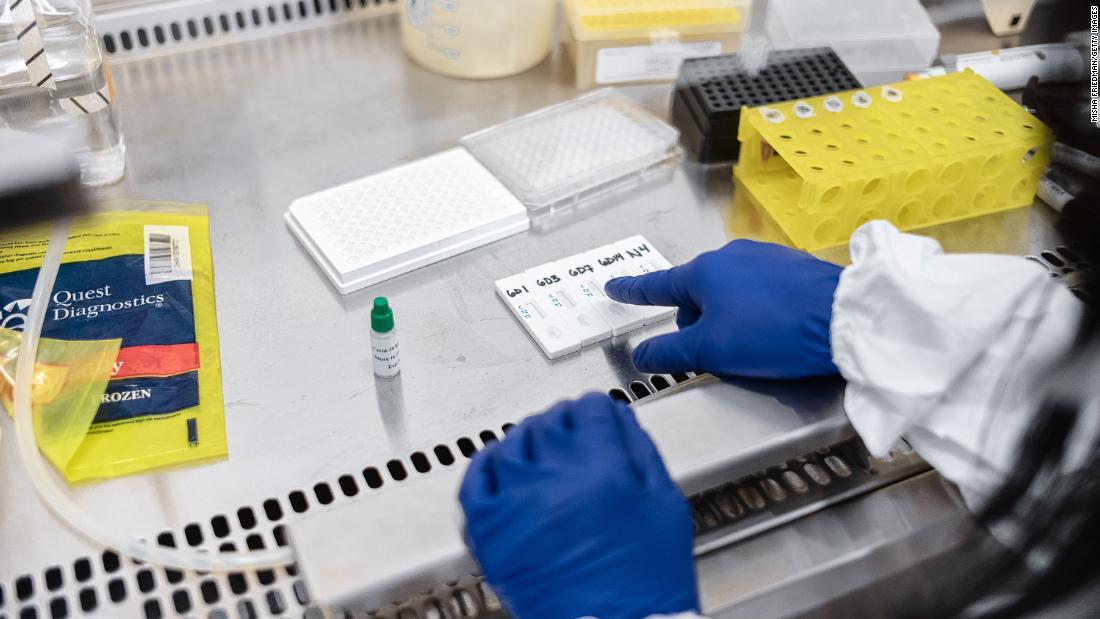 You’re hoping it will tell you that you have, right? That your blood is full of beautiful antibodies, the body’s soldiers called to fight when a known enemy invades our systems again.

You may dare to hope the discovery of antibodies in your blood means you will be immune to the virus in the future — you won’t ever get it again or give it to anyone else.

That’s the holy grail, of course — the ticket to freely visiting your parents, friends and loved ones again, to going back to work in the office again — basically, to getting your life back.

In today’s reality, testing positive for antibodies to Covid-19 means nothing of the sort. In fact, it may not mean much at all — at least right now.

There are still too many unknowns, both about the accuracy of the antibody tests that are available and about the nature of the virus itself.

“It is clear that we’re still not where we need to be. It’s a brutal truth, but one that needs to be told,” said CNN Chief Medical Correspondent Dr. Sanjay Gupta in the May 5 episode of his podcast, called “Coronavirus: Fact vs. Fiction.”

“And this is exactly why I keep advising people to behave like you have the virus,” Gupta said.

What is an antibody test?

An antibody test can only be administered by gathering blood, either through a finger prick or from a vein. It’s designed to detect antibodies, the Y-shaped proteins called immunoglobulins that circulate in our blood to help fight off infections in our bodies.

Produced by white blood cells, the two “arms” of the antibody are designed to recognize and fight bacteria and viruses that have been encountered in the past, thus hopefully stopping these germs from taking hold again.

Even if you’ve never had any symptoms of Covid-19, the presence of antibodies in your blood would show your body has encountered the virus.

To be clear, antibody tests are not the “swab” tests that are meant to find out if you are currently carrying the virus. Called rt-PCR tests, or molecular diagnostic tests, those typically gather mucus from way up the nose or back of the throat. They take a few days to report results.

There are dozens of such tests being used or developed in the United States right now, but few are highly accurate. That means they can fail to detect an active virus, thus delivering a false sense of security.
A recent yet unpublished study of five commonly used diagnostic tests by the Cleveland Clinic found 15% delivered false negatives. In China, one study found the number of false negatives was nearly 40%.
Nor are antibody tests similar to the antigen test just approved for emergency use by the US Food and Drug Administration last week. That diagnostic test, also done via nasal swab, can report results more quickly than the rt-PCR tests but is not as sensitive, which means it will be even more likely to miss a case of Covid-19.

In addition, both antigen and rt-PCR tests can only give a “snapshot” of your status at that specific point in time. If you were exposed to Covid-19 the next day, you could easily become sick and not know it.

How accurate is the antibody test?

First, let’s look at timing. Antibodies just don’t appear overnight. It can take weeks to build up enough of a level in the blood to be picked up by even the most sensitive test. So if you have the test before your body has fully responded, it may give you a false negative.

That’s if you develop antibodies at all.

To understand that, consider the entire concept behind vaccines. Vaccinations are supposed to give just enough of a live or dead virus to get the body to mount an immune response — but not enough to make you sick from the illness.

But everyone is different. Some people don’t react to the vaccine at all, or their immune response is not quick or adequate enough to protect them.

Antibody tests are also plagued by error. Just like the diagnostic tests, “antibody tests haven’t been as accurate as they need to be,” Gupta said. By their very nature, such tests can easily produce both false negatives and positives.

“With the antibody test, what you’re really hoping to avoid is a false positive,” Gupta said. “Then, someone might feel that they have the antibodies, thus feel that they are protected, go out into the community, to a hospital, to a nursing home and spread the virus.”

The tests also need to be able to differentiate between past infections from SARS-CoV-2 and the other known set of six human coronaviruses, four of which cause the common cold and circulate widely.

Then there’s the lack of oversight. The need for testing has created a market free-for-all in which companies are creating tests without any scientific oversight.

“There are plenty of antibody tests floating around that haven’t been reviewed or validated by the US Food and Drug Administration. It’s been a big problem,” Gupta said.

According to the FDA, there are currently over 130 unvetted antibody tests in use, along with the dozens of diagnostic tests. The agency recently announced it was tightening its policy to keep unproven and even fraudulent tests from entering the market by requiring commercial testmakers to meet new standards of accuracy and submit information proving testing quality.

If I have antibodies to Covid-19, will I be immune?

Of course, the big question is: If your blood does show antibodies against Covid-19, are you immune to the virus if exposed in the future? Scientists hope that will be the case since it has historically been true for other viruses such as chicken pox and polio.

But so far, there’s no evidence of that with SARS-CoV-2.

“It’s unclear if those antibodies can provide protection,” the US Centers for Disease Control and Prevention says on its website. “This means that we do not know at this time if antibodies make you immune to the virus.”

The World Health Organization is more direct. In late April, the organization released a scientific brief that said, “There is currently no evidence that people who have recovered from Covid-19 and have antibodies are protected from a second infection.”

While studies of blood samples taken from people who have recovered from Covid-19 do show an immune response to the virus, some have “very low levels of neutralizing antibodies in their blood,” WHO said.

It’s possible that immunity may need to occur on a cellular level as well as via antibodies circulating in the blood, the agency warned.

“The body also makes T-cells that recognize and eliminate other cells infected with the virus. This is called cellular immunity,” WHO explained.

Along with antibodies, the “combined adaptive response may clear the virus from the body, and if the response is strong enough, may prevent progression to severe illness or reinfection by the same virus,” WHO said.

But consider this: Even if we are lucky enough to have that happen, we still don’t know how long that immunity will last.

No ‘immunity passport’ yet

What’s the takeaway from the results of your antibody test? Simply put, it really doesn’t matter if you test positive or negative, because until testing improves and we understand more about the virus, you — and everyone else — is still at risk.

“At this point in the pandemic, there is not enough evidence about the effectiveness of antibody-mediated immunity to guarantee the accuracy of an ‘immunity passport’ or ‘risk-free certificate,'” WHO stated.