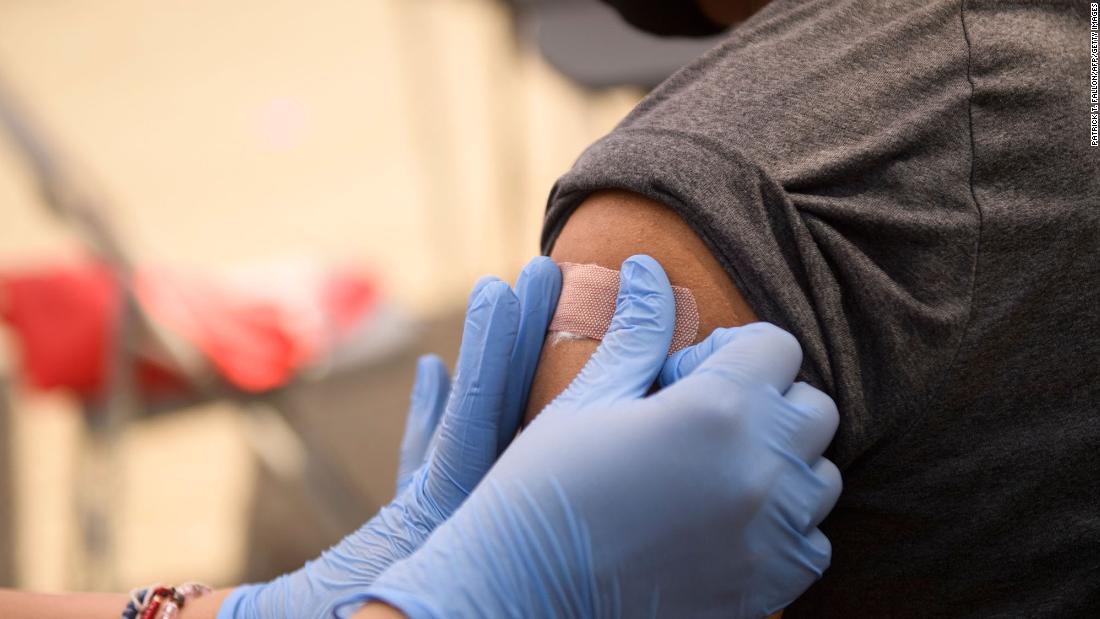 Parents have a reason to be concerned. After months of declining cases, the virus is finding the unvaccinated.

Children have largely been spared the worst of Covid-19 — hospitalizations and deaths are more rare for children than for adults — although children’s hospitals are filling up in Covid-19 hotspots around the country.

A kids’ vaccine cannot come soon enough, but the process is taking longer than some initially expected.

“We had really hoped that maybe we would have something in place before we tried to bring kids back into the school classroom, but, unfortunately, we haven’t been able to do that,” said Dr. Emily Chapman, senior vice president and chief medical officer at Children’s Minnesota.

Trial data are still being gathered for Covid-19 vaccines for younger children. Once the vaccine companies have trial results, they’ll need to submit the information to the US Food and Drug Administration, which will assess the vaccines for authorization.

Dr. Scott Gottlieb, a former FDA commissioner who now sits on the board of Covid-19 vaccine maker Pfizer, said Sunday on CBS’ Face the Nation that the company will likely be able to file the data for 5-11-year-olds for authorization “at some point in September” and then file the application for an emergency use of the vaccine “potentially as early as October.”

“That’ll put us on a time frame where the vaccines could be available at some point late fall, more likely early winter depending on how long FDA takes to review the application,” Gottlieb said.

There’s no official timetable once a company submits to the FDA. Emergency use considerations can take several weeks.

“There’s always something that makes things not the way we think,” said Dr. Stanley Perlman, who is on the FDA’s Vaccines and Related Biological Products Advisory Committee and is also a pediatrician and professor of microbiology and immunology at the University of Iowa Health Care. “Obviously, we want it done as soon as possible, but we want it done right.”

When asked Wednesday whether a Covid-19 vaccine will be authorized for young children before Thanksgiving, Dr. Anthony Fauci, director of the National Institute of Allergy and Infectious Diseases, told CNN’s Wolf Blitzer that he hopes so, but he does not want to get ahead of the FDA.

“They should be getting the data, at least in one of the companies, by the end of September,” noted Fauci.

“Then the data will be presented to the FDA, and the FDA will make a determination whether they will grant that under an emergency use authorization or some other mechanism.”

CDC Director Dr. Rochelle Walensky said during a National Parent Teacher Association town hall Wednesday that she is hopeful the Pfizer vaccine will be available for kids in 2021.

“Everybody is looking at this with urgency. Everyone recognizes how important it is for those children to have access to vaccines,” she said when asked about the timeline. “My understanding of the timeline is pretty consistent with what is being said: the middle of fall is my understanding, early fall is when we will anticipate seeing the data, and then it will lie with the hands of the FDA. And I’m hopeful for the end of the year.”

Data for 2-to-5-year-olds could arrive soon after the older kids’ data. For the youngest children, Pfizer told CNN it could potentially have enough research by October or November, and shortly thereafter ask the FDA to authorize emergency use.

Moderna’s trial is underway, but is a few months behind Pfizer. Johnson & Johnson doesn’t expect its multiple trials in children to even start until the fall.

Why a vaccine for younger children takes longer

Hundreds of millions of adults have been vaccinated, proving that the Covid-19 vaccines are safe and effective, but those results are not a substitute for the research needed in kids.

“As much as we would like to go ahead and start vaccinating our children now, it’s most important that we take this time to ensure that the science is rigorous,” said Minnesota’s Chapman.

For the kid’s version of the Covid-19 vaccine, scientists use results from the adult trials and a full pediatric trial.

Having the adult research speeds up the process. For people as young as 12, Perlman explains, the companies didn’t have to enroll the 30,000 people it needed for adult trials because it could do what’s called “immunobridging.” The data showed that for this age group, the immune response was the equivalent of adults’.

Companies take a similar approach with the younger kids, but in early August, the FDA asked for six months of follow-up safety data, instead of the two months it asked for with adults. It also asked Pfizer and Moderna to double the number of children ages 5 to 11 in clinical trials.

Vaccine advisers to the CDC said in June there is a likely association between the mRNA Covid-19 vaccines and extremely rare cases of heart inflammation in adolescents and young adults, but the benefits of vaccination still clearly outweigh the risks. The inflammation cases appeared to be mild, and they resolved quickly on their own or with minimal treatment.

At Texas Children’s Hospital, interim pediatrician-in-chief Dr. James Versalovic said it was no problem to recruit more kids for the Pfizer and Moderna trials. Many trial sites have long waiting lists. The trial expansion, though, added at least a month more to the research process.

“We all agreed it was worthwhile, just to make the trials even more robust data to provide that additional level of reassurance to parents across the country. It does lengthen the trial, but just a bit,” Versalovic said.

‘Children are not small adults’

“Typically, every vaccine candidate, even for other conditions, would be evaluated first in adult patients and then in progressively younger ages,” explained Dr. Kari Simonsen, who is leading the trial of the Pfizer vaccine at Children’s Hospital & Medical Center in Omaha. “We can’t make assumptions about the safety or tolerability of medicines in children being the same as for adults,” she said.

It’s because of biology.

“As we are fond of saying in pediatrics: Children are not small adults. Children are children,” said Versalovic. “Their bodies are developing and will react differently, and we need to treat them differently.”

When it gets to the kids’ phase of the testing, scientists make their best educated guess on what dose would be safe and generate an immune response. The levels and timing is based on development stages.

“By and large our children have very active and responsive immune systems, and so we suspect that smaller doses of vaccine will trigger an adequate response in a child to successfully fight off infection,” said Chapman.

As with any vaccine testing, it must go through a three-phase trial before the FDA can authorize it. The first phase tests to see if the vaccine is safe in about 20 to 100 healthy kids.

Since these are expedited trials, scientists have combined phases 2 and 3 of the trials so they can do more steps in parallel, Versalovic said. In these phases, scientists monitor safety and test to see if the children’s immune systems respond to the vaccine. At this step, scientist recruit hundreds or even thousands of children. Some get vaccine, some get placebo and results are compared.

Only after these steps are complete can a company ask the FDA for authorization or approval.

If the FDA signs off on it, the vaccine gets another set of expert eyes with the CDC’s Advisory Council on Immunization Practices. That committee also puts together a formal recommendation around the delivery, storage, timing, distribution, and administration of the vaccine. The committee’s recommendation becomes official when the CDC director reviews and approves it.

In these intervening months, the experts say, children can stay Covid-19 free. Adults, though, will have to help them.