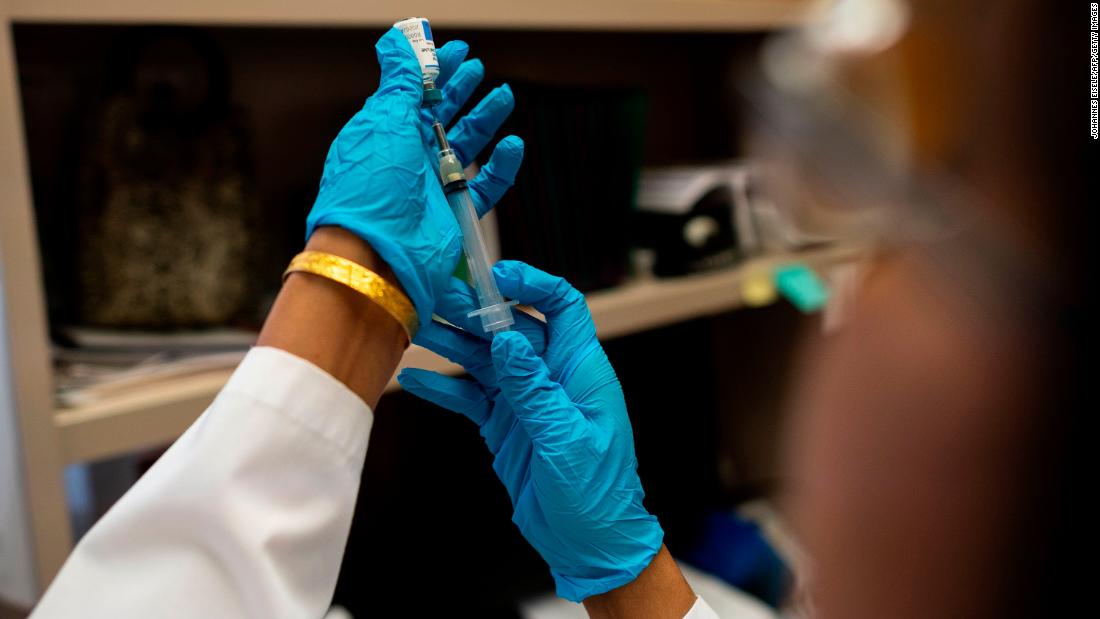 The pandemic has disrupted vaccination programs in at least 68 countries, according to a joint news release by WHO, the global vaccine initiative Gavi, the United National Children’s Fund UNICEF and the Sabin Vaccine Institute. They said 80 million children under the age of 1 were living in those countries.

WHO released new guidance to countries on how they can resume vaccination campaigns safely during the pandemic.

“One of the big issues we found is that people are reluctant to come for immunization services — out of concern for themselves, and out of concern, of course, for the health care workers,” WHO vaccine director Dr. Kate O’Brien told the news conference.

Plus, fewer health workers who usually deliver vaccines can do so because of restrictions on travel, personal coronavirus battles or lack of protective equipment, the groups said.

“Disruption to immunization programs from the COVID-19 pandemic threatens to unwind decades of progress against vaccine-preventable diseases like measles,” WHO Director-General Dr. Tedros Adhanom Ghebreyesus said in a statement.

“We cannot let our fight against one disease come at the expense of long-term progress in our fight against other diseases,” Fore said. “We have effective vaccines against measles, polio and cholera. While circumstances may require us to temporarily pause some immunization efforts, these immunizations must restart as soon as possible.”

Measles immunization campaigns have been suspended in 27 countries, while efforts to vaccinate children against polio are paused in 38 countries, the groups said.

WHO said late last year that measles surged globally because of disruptions to vaccination campaigns. More than 140,000 people died as a result — most of them young children.
And efforts to eradicate polio have been continually stymied by conflict and difficulties reaching certain areas. Polio also mainly affects very young children, and one in 200 cases result in irreversible paralysis, WHO says. Only 33 cases were reported in 2018 but WHO forecasts up to 200,000 cases of polio a year within a decade if the virus cannot be eradicated by vaccination.
Earlier this month the US Centers for Disease Control and Prevention said childhood vaccinations have plunged in the US since the Covid-19 pandemic began spreading.

The CDC reported a “notable decrease” in the number of vaccines ordered through a federal program that immunizes half of all kids in the country.

“The decline began the week after the national emergency declaration; similar declines in orders for other vaccines were also observed,” the CDC’s Dr. Jeanne Santoli and colleagues reported.

“As social distancing requirements are relaxed, children who are not protected by vaccines will be more vulnerable to diseases such as measles.”

The California Department of Public Health said childhood vaccinations in California decreased by more than 40% in April 2020 in comparison to April 2019.

The American Academy of Pediatrics said pediatricians should be doing all they can to encourage parents to bring children in for vaccinations and other important visits, including separating sick children from well children and reaching out to remind families to make appointments.