When to Try a Different OAB Medication 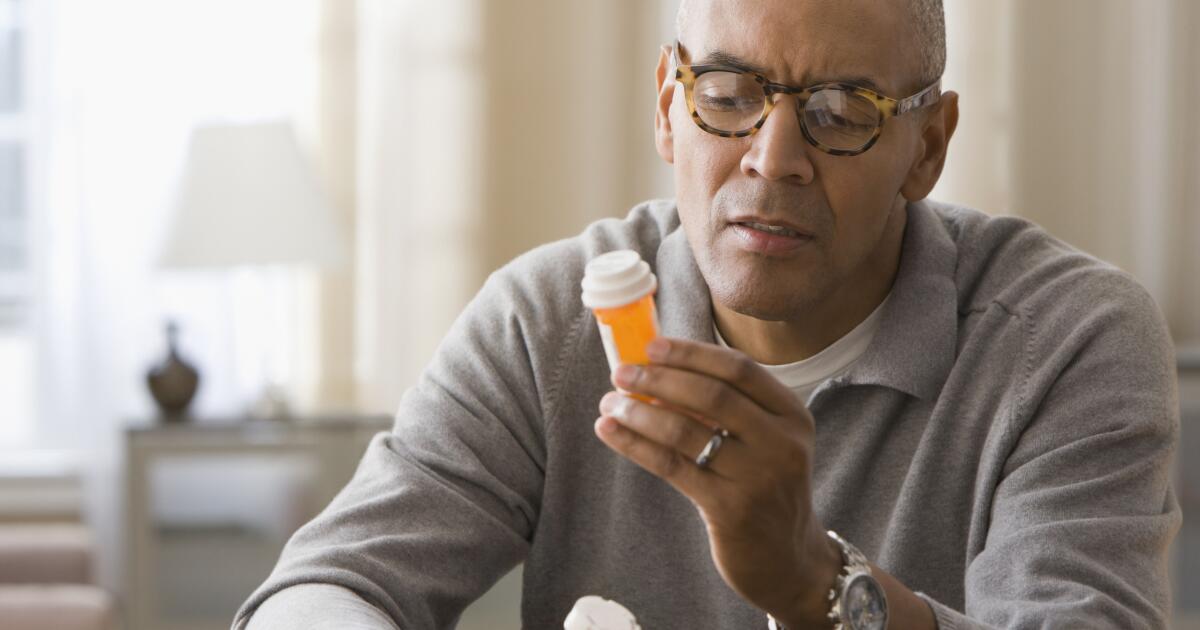 Overactive bladder (OAB) is a syndrome. That means it’s defined by a cluster of symptoms—we’re not sure yet about the actual cause. The hallmark symptom of OAB is urinary urgency, which is defined by the International Continence Society as “a sudden compelling desire to pass urine, which is difficult to defer.” Patients also may experience the two other common symptoms of OAB: frequent urination (using the bathroom more than seven or eight times a day) and nocturia (when your need to urinate wakes you up one or more times a night). Some patients also experience urinary incontinence, or “leaking” when they don’t get to the bathroom in time.

OAB can have a very negative impact on your quality of life—it can affect mental health, sexual function, marital satisfaction, and your confidence level in general. Fortunately, there are several treatment paths to try—and if one doesn’t work, another may do the trick. I’ll always start patients on lifestyle modifications—these are non-invasive and non-medicinal strategies that can make a difference. They include controlling fluid intake, avoiding irritants like caffeine and alcohol, retraining the bladder by scheduling urination, and practicing kegels, or pelvic floor exercises.

There are many pharmacological options available to treat OAB. These medications function pretty similarly—most of them block a receptor in the bladder in order to relax it, so it can store more urine without causing the urge to urinate. Some of these drugs also control spasms in the bladder and urinary tract. Your doctor may prescribe the tried and true class of medications for OAB, called anticholinergics, or a new class of medications, called beta-3 adrenergic agonists. These medications can make a big difference in your life, but you may need to try a few things before you settle on the one that works best. I like to tell my patients that these medications are like a pair of jeans. Some therapies work better for you than others, just like some jeans are more flattering than others. If one medication isn’t the right one, I think it’s worthwhile to try at least two others before we turn to more invasive treatments.

1. You can’t stand the side effects.

Of course, as with any medication, there are several side effects to be aware of. OAB medications may cause dry eyes, dry mouth, constipation, and drowsiness. Some drugs also prevent patients from fully emptying their bladders. One drug in particular, oxybutynin (Ditropan), has been associated with some memory loss, so I’ll try to give older patients a different one. For example, trospium (Sanctura) and darifenacin (Enablex) are thought to cause fewer cognitive side effects (like memory loss), so I’ll choose one of those for patients who are concerned about those issues.

If you’re experiencing any side effects to the point where you don’t want to use your medication anymore, talk to your doctor. He or she may lower your dosage or switch you to an extended-release version of your medication, which may reduce side effects. You could also try a patch or gel form for fewer side effects. However, if those tweaks don’t work, ask to try something new: each OAB drug affects your body differently, so it’s important to try other options instead of giving up on medication altogether.

2. The medication isn’t giving you the results you want.

It’s difficult to define “success” with OAB medications—it’s so subjective, depending on how severe your OAB is, how much it impacts your life, and the results you’re looking for. For one patient, going through three to four diapers a day on medication is progress; for another, it’s still too many accidents. I have some patients who are thrilled to get up only once at night to use the bathroom, but other patients don’t want to get up at all. I would say at least 50% of my patients see improvement in their OAB symptoms. These medications aren’t a cure—you may still experience some OAB issues—but they tend to reduce the number of times that OAB affects your life each day, and for a lot of my patients, that really matters.

One thing I stress to patients is the importance of giving the medications time to work. Generally, patients should respond to the medications within a month. If you don’t experience any change in your OAB symptoms after a month, talk to your doctor—he or she may increase your dosage to see if that increases the effectiveness of the drug. If that doesn’t work, it’s time to try something new.

3. Your medication has become less effective over time.

It’s important for patients to know that, even if a medication works very well, it may become less effective after a year or two. We don’t know why this is—it may be either due to the progression of the OAB disease process, or maybe blocking the receptors in the bladder isn’t as effective after a while. Long-term studies have shown that patients tend to stop taking their medications after a few years because they feel that they’re not working as well, but before stopping your medication, ask your doctor about other options. Another medication can give you the results you’re looking for if your current drug isn’t cutting it anymore.

You Don’t Have to Live With OAB

There are two things I try to stress to my OAB patients: first, you shouldn’t be embarrassed about your OAB. Up to 40% of the world population has OAB—that means, if you look at 10 of your friends, four of them have the same issue as you. Second, you don’t have to live with OAB—there are many treatment options. No one used to talk about OAB, and as a result, few people actually got treated, but now more and more patients understand that OAB is a treatable condition. So often, patients say, “if only there were a pill for this!” Well, for OAB, there’s not only one pill—there are several options—and they all can provide a lot of relief for people living with OAB.