When can I get a coronavirus vaccine? 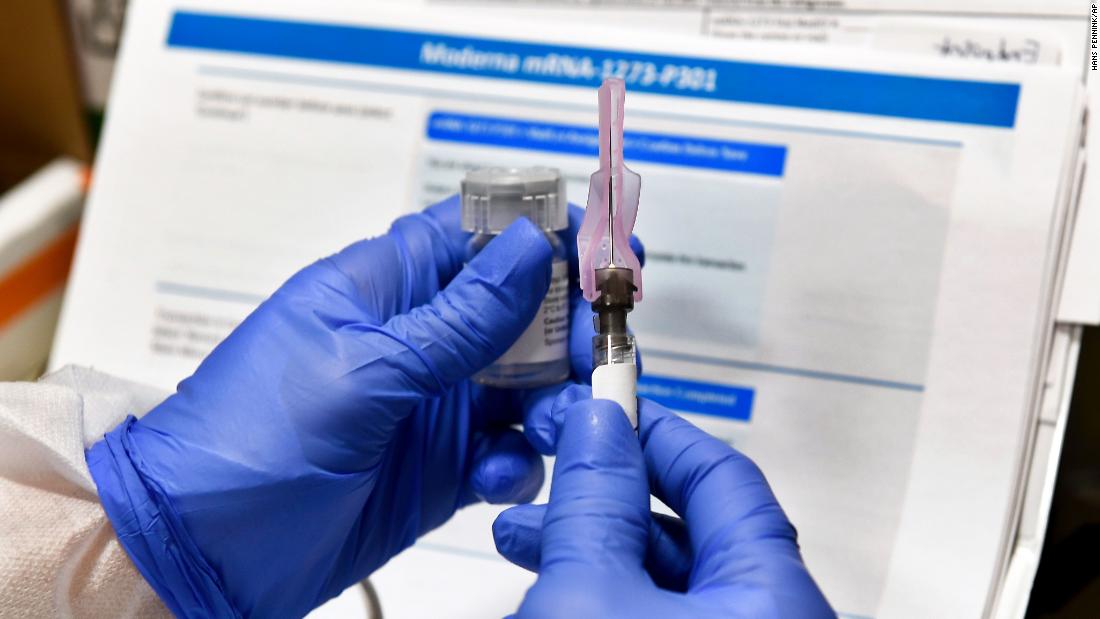 It almost sounds as if people will be lining up everywhere before New Year’s to get a vaccine.

But while millions of health care workers may be able to get immunized against the virus before the end of the year, the rest of the population is going to have to wait for months.

Healthy adults under the age of 65 and children may well have to wait until late spring or even the summer, depending on how many vaccines get approved, how quickly they can be manufactured and distributed, and how the debate goes over allocation.

Here’s a look at what to expect from the coming coronavirus vaccination campaign.

Who can get a vaccine and when?

Who might get vaccinated: Health care workers and nursing home residents

December is a month for some big decisions. On Tuesday, the US Centers for Disease Control and Prevention’s Advisory Committee for Immunization Practices meets to vote on who should be the very first to get vaccinated. That will almost certainly be 21 million frontline health care workers, support staff and 3 million residents of long-term care facilities who have been hardest hit by the pandemic.

It will be easiest to vaccinate these groups — they’re already in institutional settings and the nursing home residents can get vaccinated at the same time their caregivers are being immunized.

This decision is being made even before the US Food and Drug Administration has authorized a vaccine. The FDA has scheduled a meeting of its vaccine advisers — the Vaccines and Related Biological Products Advisory Committee — for December 10 to consider emergency use authorization for Pfizer and BioNTech’s Covid-19 vaccine, and another meeting on December 17 to discuss Moderna’s vaccine.

The FDA has promised to consider the committee’s advice before deciding on any vaccine. The committee is made up of outside experts who do not have a stake in any of the companies making coronavirus vaccines and who are independent of the federal government.

FDA officials say their decisions on the vaccines could come days to weeks after the meetings — it depends on what questions come up.

But in the fastest scenario, the FDA could give emergency use authorization (EUA) as soon as next week for Pfizer’s vaccine, and the federal government’s Operation Warp Speed has promised to start delivering vaccines within 24 hours after that.

Potentially, the same thing could happen the following week with Moderna’s vaccine.

Who might get vaccinated: More health care workers, other essential workers like emergency medical technicians, firefighters and police

If two or more vaccines get approved by the FDA, January might be when discussion really starts on who can get vaccinated and when.

Dr. Larry Corey of the University of Washington, who is heading up coronavirus vaccine clinical trials in the US, has said if both Pfizer and Modern get vaccines authorized, they could supply 50 million more doses in January and 60 million more in February and March.

That adds up to 150 million doses — enough to fully vaccinate 75 million people.

But there are way more people than that just in the groups tagged as priority groups in the US. The CDC estimates there are 21 million health care personnel, 3 million long-term care residents, 87 million essential workers, 100 million adults with high risk medical conditions and 53 million others 65 and older.

Several groups of independent experts have weighed in on how to allocate vaccines, including the National Academies of Science, Engineering and Medicine and Johns Hopkins University.

They’ve all laid out basic principles that include protecting the country’s health care system, protecting the most vulnerable people, controlling the spread of the virus and being equitable across society.

ACIP will need to meet to decide on the details off all these phases.

January might include some of the rest of Phase 1 of a four-phase vaccine rollout.

Phase 1b is roughed out to include people of all ages with underlying conditions such as diabetes and kidney disease who are at significantly higher risk of dying or getting severely ill from Covid-19. This phase may also include older adults living in congregate settings or crowded conditions.

Who might get vaccinated: More essential workers and high-risk adults

By February, states may have hit their stride on vaccinating residents. Vaccination campaigns may move beyond hospitals and nursing homes, rehabilitation centers and other such facilities to pharmacies and medical practices.

More vaccines may be authorized or at least ready for authorization by January or February. It’s clear that Moderna and Pfizer alone cannot cover the US population. AstraZeneca, Johnson & Johnson and Novavax all have vaccines in Phase 3 trials, the last stage before seeking authorization or approval.

AstraZeneca is likely to seek US approval by January. Johnson & Johnson has said it will have efficacy data by January or February. Novavax is a little farther behind, but all of these companies will also be producing vaccines while testing goes on and might be adding to the count.

It’s possible that the US will still be in Phase 1 of vaccination in March, simply because of the sheer numbers involved. That would include essential workers and people at high risk because of health conditions, so anyone healthy and under 65 who is not an essential or high-risk worker would not be thinking about vaccination yet.

If more vaccines have been approved and brought online, it’s possible Phase 2 of vaccination could begin by now.

This group has not been decided yet, but Phase 2 might include K-12 teachers and staff and other child care workers, as well as other critical workers such as retail workers and transportation workers. This group could also include people in homeless shelters and all people over 65 who were not already included in phase 1.

April is the beginning of the second quarter of the year and CDC Director Dr. Robert Redfield told the Senate in August he did not think the general public would be able to get vaccinated until the “late second quarter, third quarter 2021.”

Young adults and children would have to wait until Phase 3 and that’s likely to be May at the soonest — perhaps June or later, depending on what ACIP decides, what the vaccine supply looks like and how smoothly distribution is going.

How much will it cost me?

The federal government has promised that any coronavirus vaccine will be provided free of charge to the American public. That would be very unlikely to change under a Biden administration. The federal government has paid $7.76 billion upfront to four companies alone for their vaccines; Pfizer, Moderna, AstraZeneca and Novavax, and tens of millions more upfront or in options to three other companies to guarantee they can develop coronavirus vaccines.

Where will I get it?

Hospital and health care workers will get the vaccine at their workplaces. They’re already set up to deliver vaccines. So will nursing home and long-term care facility residents and, when the time comes, residents of other congregate facilities such as assisted living and senior living homes. Pharmacy chains and big-box stores are also gearing up to deliver vaccines — think any place people normally get flu shots, including grocery store pharmacies and, of course, physician offices. School clinics may also be considered, especially in states where community clinics have been installed in schools.

Can it make me sick?

People who have tested out the Pfizer and Moderna vaccines have reported they can sometimes have a kick — causing soreness at the injection site and maybe a feeling of general malaise for a day or so. Vaccine experts say that’s a sign the vaccine is working, causing the immune system to rev up and generate a response.

There’s not much information about the other vaccines but AstraZeneca, after two scares, says it has recorded no serious side-effects among its volunteers. The FDA and companies will have extensive systems for reporting side-effects.

But none of the vaccines being tested for the US market uses even a piece of the real coronavirus, so there is no way they could give you a coronavirus infection.

Which vaccine should I get?

At first there will be little choice — both Pfizer and Moderna are providing a new type of immunization called an mRNA vaccine. It’s considered especially safe because it does not use a whole virus — just a piece of genetic material — and both seem especially effective, providing 95% protection against symptomatic disease.

What’s not known is how long that protection might last, whether either vaccine protects against asymptomatic disease and whether either stops people from spreading the virus to others.

Vaccines coming later might offer harder choices. AstraZeneca’s vaccine uses what’s called a replication deficient virus to deliver a piece of genetic material from the coronavirus. So does Johnson & Johnson’s vaccine. There’s not a lot of safety data about these vaccines yet, but some doctors may be reluctant to offer them to patients with compromised immune systems, including those with rheumatoid arthritis or multiple sclerosis who are taking immune-suppressing drugs; pregnant women; people taking certain cancer treatments and others.

All these plans assume the states, which are in charge of distributing vaccines, get some money to do it. So far, Congress has not allocated any money for vaccine distribution. Last week, Senate Minority Leader Chuck Schumer, a New York Democrat, estimated the states need $30 billion to get vaccine distribution plans into place.

And a US Government Accountability Office report issued earlier this month found bottlenecks in the vaccine manufacturing process — not necessarily for the vaccines themselves, but for the vials and the other equipment needed to get vaccines into arms. US vaccine manufacturing has languished in recent decades, plus the pandemic itself has hurt the industry, the GAO found.