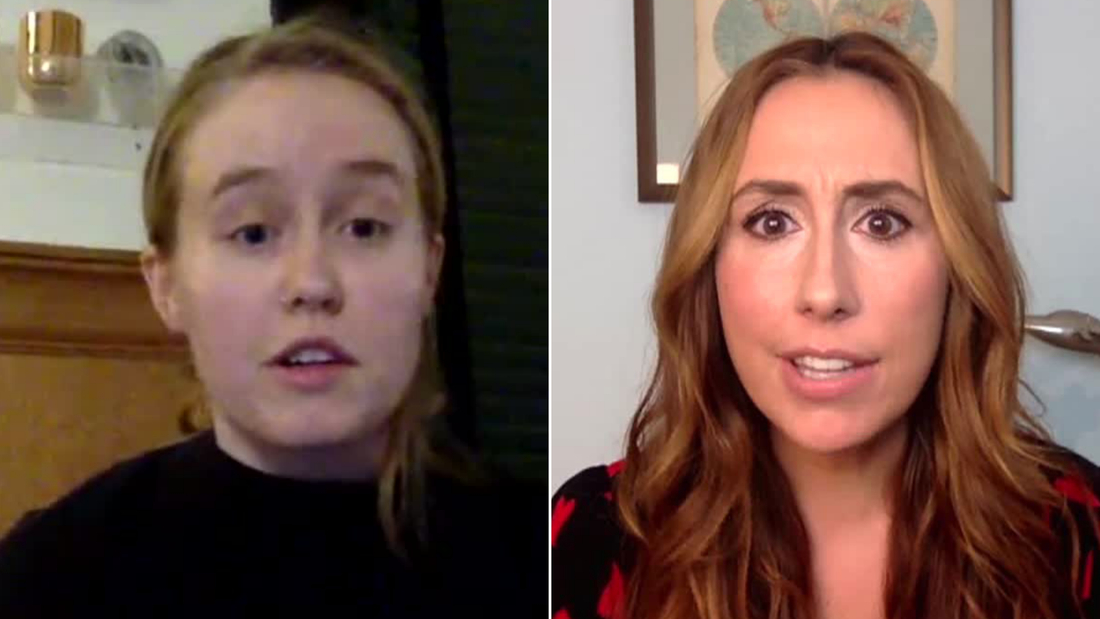 Valerie Wilson, 34, and Fiona Lowenstein, 26, are telling their fellow millennials that they too need to be aware of their health in the coronavirus pandemic as they recover from infection.

More than 42,000 coronavirus cases have been reported in the United States, with at least 541 deaths — and the numbers are climbing. Early testing showed that people with chronic conditions and older people were the most at risk for severe illness. But younger people are also getting sick and spreading the illness.

Wilson, a travel expert, brushed off her symptoms when she first got sick, she told CNN’s Erin Burnett. She was overly tired and had a low fever but didn’t think much of it.

Until she lost her sense of taste and smell completely.

Her doctor said she didn’t sound like she had the virus, but after developing a strong cough, she was back at the office — rushing in without an appointment.

“I just broke down in tears and told them I was really scared. With no hesitation, they tested me off the bat,” she said.

She has Lyme disease and an autoimmune disorder, and said it was scary knowing those kinds of conditions can send people to the emergency room.

And while she says it is important for younger people to do their part and stay home to protect their loved ones, she also warned that their own health could likely be a concern as well.

“Young people need to understand that by the age of 30, I’d say there’s a good portion of us that do have some sort of underlying condition so we all need to be aware that we could have something that makes us a little bit weaker to this virus,” she said.

Lowenstein thought that her role in the pandemic would be limited to an ally for those most at risk, she told CNN’s Don Lemon. But on March 13, she developed a fever.

She stayed home until she got to the point that she could barely eat or speak because it was too much strain for how short her breath had become. By the time she got to a doctor, she had to be admitted for two nights.

Though she is feeling better now, she has to be isolated until she tests negative for the virus.

Statistics for severe illness and fatalities of young adults from coronavirus are more promising than several other populations, but recent reports show they are still at risk.

A report released Wednesday by the US Centers for Disease Control and Prevention found that a smaller — but still significant — number of young people in the US faced serious complications. Twenty percent of those hospitalized with the virus, according to the CDC, were between 20 and 44 years old.

On Wednesday, the White House’s coronavirus response coordinator, Dr. Deborah Birx, pointed to “concerning reports coming out of France and Italy about some young people getting seriously ill, and very seriously ill in the ICUs.”

And those feeling more at ease congregating at beaches, parks and restaurants are likely contributing to the virus’s spread.

Birx called on “the millennial generation, our largest generation, our future generation” to practice social distancing and “really ensure that each and every one of you are protecting each other.”