What is child care like in America right now? 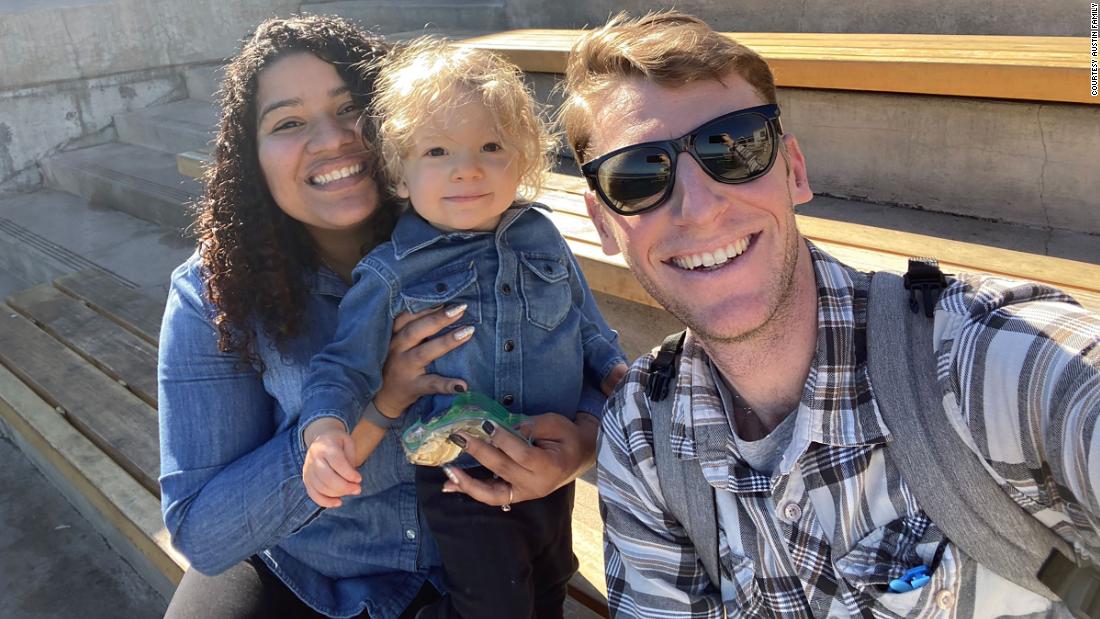 “It came as a shock when I got the text message from his school, saying ‘You have to pick up your kid as soon as possible,'” Ber said. “I’m like: panic mode.”

That was March 13, and the ensuing months have stretched Ber’s finances and energy. She can’t work from home. A day camp for children for essential workers closed after two months. Now, her son is enrolled in a camp that ends in August, weeks before his elementary school is supposed to open.

She doesn’t yet know what the school’s plan is for the fall, but said that accommodating online learning would be extremely difficult for her. “I pray that he’s going to go in-person,” Ber said.

As Covid-19 spread across the United States, parents and other caregivers adapted their child care routines to closed schools, shuttered day cares and transformed workplaces.

It’s been a challenge. Some, like Ber, kept their kids in child care outside of the home; she’s earning a living and fighting the pandemic. But the ways Americans are caring for their kids runs the gamut, from full lockdowns to creative arrangements and merged bubbles.

And as infection rates rise, some parents are realizing that adapting to the virus will mean staying nimble for many months to come.

That’s what Caitlin Giddings of Austin, Texas, is facing now. After taking their 2-year-old daughter out of day care in March, Giddings and her wife cared for her at home, coordinating work schedules and losing sleep. On June 1, they brought her back to day care, which they’d continued paying for through the pandemic.

But Covid-19 cases in Texas are rising quickly, and Giddings is rethinking the decision, wondering if it’s time to bring their daughter back home once again.

“It’s just the unknown factor of not knowing if she could be one of the kids that gets really sick,” she said. “We’re just nervous about adding more people to the circle.”

How are Americans assessing the risk of child care?

She’s not alone in her concern. While polling specific to child care has been scarce, multiple polls have found that parents are worried about the risk of infection at school, including one from Ipsos and The Marist Poll. As of late May, one out of every five schoolteachers also had doubts about coming back.
Meanwhile, many parents have been paying for child care, even while caring for their kids at home. And experts say that access to child care is an important key to economic recovery.

One source of uncertainty is a lack of systematic data about infection rates at child care centers.

Economist Emily Oster, an economist at Brown University and the author of books on data-driven parenting, wants that to change. Oster has been compiling data on confirmed Covid-19 infections at child care centers using surveys sent to providers.

“It’s pretty clear from this that the rates for children and the rates for adults are different,” she said. “That’s not super surprising, but it’s confirmed here.”

Oster emphasized that the data is flawed, pointing out that it’s not a random sample. And while Oster noted on her blog that “some data is better than none,” she added that most of all, her work underscores the need for more research.

“Everything says we need more data,” she said. “I’d really like to see someone who isn’t me —maybe someone official, like a state — collect more data on this.”

Oster is planning to send her own kids, ages 5 and 9, to camp this summer. Infection rates are down in Rhode Island, where she lives, and for now she thinks it’s worth the risk.

But with so much uncertainty, some parents are doing whatever they can to keep their children on total lockdown: no friends, no paid providers and definitely no day care or camp.

“I am going it alone, day in day out, with a 3½-year-old,” said Cara McGowan of Peoria, Illinois. “It’s not for the faint of heart.”

Her daughter had planned to attend preschool in the fall, but McGowan has decided that she’ll do her best to homeschool until there’s an effective treatment. “Not fully understanding this illness, we’re really not comfortable, at this time, sending her off.”

McGowan thought there were also risks to keeping her daughter home. “When you think about preschool and what it’s for, it’s socially and emotionally based,” she said. “It’s a huge concern that she might end up socially stunted, or missing out on that.”

For now, she’s more worried about going out than staying in.

Mariana Austin, of Castro Valley, California, made the same decision for her 2-year-old, Axel. On leave from her job for the county, Austin is caring for her son and leaving her apartment as little as possible.

“I cannot imagine getting physically close to other people right now,” said Austin, who is originally from Brazil, where infection has also spread quickly. Her best friend in Brazil and his father both contracted Covid-19, despite being careful about the virus.

Now, Austin is worried by unmasked people she sees at parks and restaurants in her community. As a former nanny, she doubts little kids can maintain physical distance at a day care anyway.

When will Austin be ready to send her son back to day care? “I need to see the numbers going down,” she said.

For now, Austin is able to stay home with her son thanks to a paid leave program passed by the US Congress in March. Eligible workers were granted two weeks off at full pay, or 12 weeks at two-thirds pay, but many caregivers haven’t taken advantage of the program. A New York Times survey showed that many Americans didn’t know the program existed at all.

Using all 12 weeks, Austin can stay at home until August before dipping into her vacation time. “If it doesn’t look like things are getting better I will use all my vacation,” she said. “I don’t care.”

Creative child care in the age of Covid-19

Unready for day care and desperate for help, some families have opted to carefully expand their household circles to include extended family or in-home caregivers.

That’s what Rachel Heston-Davis, of Evanston, Illinois, did. In March, Heston-Davis pulled her son, who is now 19 months old, out of day care. She and her husband rose early and stayed up late, alternating their full-time work schedules to free up time for child care. “It was very difficult to do that day after day,” she said.

So even before the phrase “expanding the bubble” entered her vocabulary, the Heston-Davis household decided to join forces with her in-laws, who’d helped with child care in the past. To offset the additional risk, both households limited their exposure as much as possible. They ordered groceries online, wiped down everything and sat down for a series of discussions about best practices. (Heston-Davis wrote about the experience for Business Insider.)

For many, those intimate conversations about risk and exposure have been a defining experience of parenting in a pandemic.

Looking for child care for her 5-month-old son, Kerri-Ann Jennings of Winooski, Vermont, planned a nanny-share arrangement with a nearby family. The other family were new acquaintances, but merging bubbles required a sudden transparency about their fears, values and risk tolerance.

While both families knew that merging bubbles would elevate their risk, they decided it was ultimately worth it.

And when child care finally started, Jennings left the house without her baby for the first time since giving birth, joining friends for a quick, socially distanced swim in a nearby river. Mostly, though, it’s allowed her to focus her attention on the full-time work she’s been doing from home.

“Not having to juggle child care with my spouse while we just have to work relieves a lot of tension and stress in our marriage,” she said. “It’s been amazing.”