What a second peak of coronavirus could look like 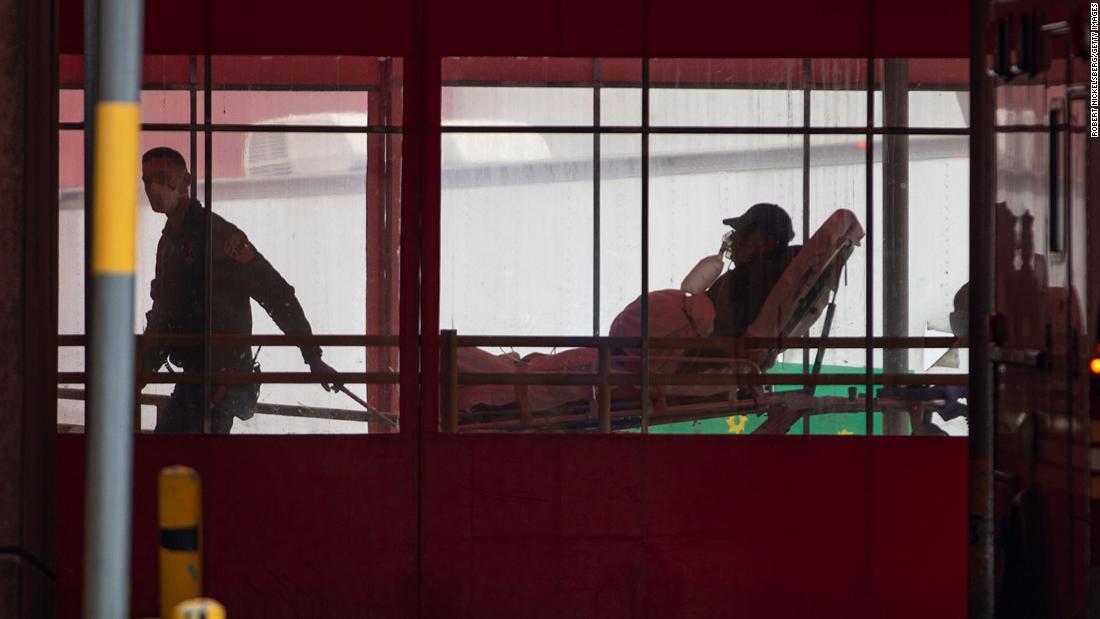 “We may get a second peak in this way,” said Dr. Mike Ryan, executive director of WHO’s Health Emergencies Programme on Monday.

A second peak wouldn’t unfold as neatly or gradually as a wave. A new peak would mean a sudden spike in cases, which could overburden health care systems again and possibly cause a greater number of deaths. The second peak could be worse than the first.

Whether we see that rapid rise in cases in the fall depends on what we do now.

In a second peak scenario, coronavirus cases would spike sharply and quickly until they reach a new high, likely after a period when the rate of infection remained fairly stable.

In a second wave, infections may unfold more gradually and impact different regions of the world at different times.

But in both a second peak scenario and one in which we “flatten the curve,” the same number of people could be infected. It’s the timing that counts.

A second peak would mean that many more people are infected with coronavirus at the same time, and during flu season, which would overburden health care systems.

And when hospitals and health care workers are overwhelmed, there’s a higher likelihood for preventable deaths, said Dr. Gabe Kelen, director of the department of emergency medicine at Johns Hopkins University.

“The only real reason to try and dampen these peaks are to prevent preventable deaths, so that the health care system can take care of everyone who needs it and give them the best possible chance at a healthy outcome,” Kelen, who specializes in emerging infections, told CNN.

That’s why so much has been made about flattening the curve. The steadier the rate of infection, the more manageable it is to treat the sick.

Like Kelen said, a peak would see a large jump in preventable deaths, and not just in Covid-19 patients.

People with diseases such as cancer and diabetes that regularly rely on hospitals for treatment may find their health care delayed, which could threaten their health. And if hospitals are overwhelmed by coronavirus patients, the facilities may have less room for emergency patients who are suddenly injured or sick. And more people may die unnecessarily.
Another advantage for the virus — it’s likely to surge again during flu season, so throughout the fall and winter. And with a cadre of respiratory viruses circulating at the same time, the odds you end up infected with one of them are increasingly likely, Kelen said.
In the US, there were 410,000 to 740,000 flu hospitalizations during the 2019-2020 flu season, which ran from October to April, according to the US Centers for Disease Control and Prevention. That’s a fairly long period of heightened disease activity, and with hundreds of thousands of patients already filling up hospital rooms, there’s less room for Covid-19 patients.

“From a healthcare point of view, flu season is usually a very difficult time because there are so many sick people,” Kelen said. “Flu season in the face of Covid-19 — that’s going to be a real challenge.”

Coronavirus also resembles the flu and other seasonal respiratory viruses in the initial symptoms it presents. The similar symptoms may delay an accurate diagnosis or treatment, said Dr. William Schaffner, professor in the division of infectious diseases at Vanderbilt University and a longtime adviser to the CDC.

“Covid-19 is too contagious,” Schaffner said. “We anticipate that this fall will be a great struggle with influenza and, in addition, Covid.”

When it will happen and how severe it will be

Both depend on how quickly we ease up on coronavirus restrictions.

A second peak is likely to occur during the fall or late winter to coincide with flu season.

But if states snap out of pandemic mode now, reopening on a large scale and largely returning to pre-coronavirus life, the surge in cases could occur as early as late June. The US isn’t prepared for a resurgence that soon, Kelen said.

“It would be unmanageable,” he said.

Mass reopenings could affect its timing and severity, too. Many large universities and school districts plan to reopen in the fall and host classes on campus, which could stir up transmission again. Businesses probably won’t close again like they did in March and April, Kelen said, so with more people out, the rate of infection could jump.

Like Kelen said, until there’s a vaccine, the same number of people will be infected no matter what if people stop staying home. Coronavirus cases will grow again.

It’s just a matter of letting the disease “burn through society very quickly” over a few months or prolonging the time it takes coronavirus to spread, he said. The latter scenario buys some time for vaccine development and staggers the number of patients hospitals see so they won’t be overburdened.

“It sounds as though we’re in a locked room, wanting to get out,” Schaffner said. “The door out of that locked room, we hope, is a vaccine. But in the meantime, we can’t just be complacent.”

We can count on one vaccine being ready in the fall — the flu vaccine for the 2020-2021 flu season. It’s more important than usual to get vaccinated this year, Kelen and Schaffner said. If more people are protected against the flu, they’ll be protected against at least one severe respiratory viruses, which could save them a trip to the hospital.

“The vaccine isn’t perfect, but it still can prevent many infections and make other infections less severe,” Schaffner said.

We know what we’re up against come the fall. Both doctors said it’s unlikely that businesses will close en masse again like they did in the spring, and more communal places like schools and places of worship will reopen. That, coupled with flu season, could make it easy for coronavirus to circulate in communities.

That makes the standard mitigation efforts — staying at home as much as possible, wearing a mask in public and maintaining at least six feet of distance — all the more important, Schaffner and Kelen said.