Vitamin D’s effect on Covid-19 maybe be exaggerated. Here’s what we know 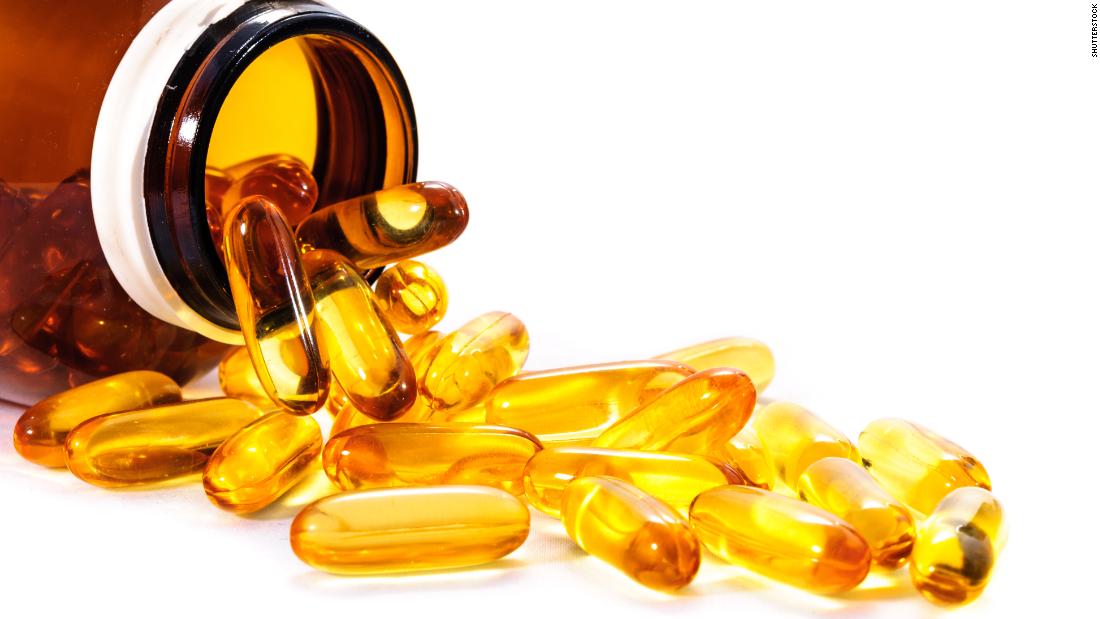 And just like hydroxychloroquine, it’s leading some to ask, “What can it hurt if I take vitamin D supplements?”

And taking too much vitamin D can lead to a toxic buildup of calcium in your blood, causing confusion, disorientation and problems with heart rhythm, as well as bone pain, kidney damage and painful kidney stones.

Yet recent Google searches find people asking about the intake of much higher levels, even up to 60,000 IU per week.

The hype caused the UK’s National Health Service to add a coronavirus update to their informational page on vitamin D: “There have been some news reports about vitamin D reducing the risk of coronavirus. However, there is no evidence that this is the case.”

That warning was echoed by another group of scientists from the UK, Europe and the US. They published a vitamin D consensus paper warning against high doses of vitamin D supplementation and debunking the connection to the novel coronavirus.

“The continued spread of … the disease COVID-19 that is caused by SARS-CoV-2, has led to calls for widespread high-dose vitamin D supplementation,” the group wrote.

“These calls are without support from pertinent studies in humans at this time, but rather based on speculations about presumed mechanisms.”

How did vitamin D become an internet sensation?

The fuss began when researchers in the US and UK began comparing the vitamin D levels of various countries to their coronavirus death rates and found an association: The countries who reported lower levels of vitamin D also had higher death rates from Covid-19.

Was that association caused by a lack of vitamin D or by other factors at play during the pandemic?

Having a darker skin makes it more difficult for the skin to absorb enough sun to manufacture vitamin D. Our bodies are also less efficient at creating vitamin D as we age, thus many of the elderly are typically vitamin D deficient. And a lack of sufficient vitamin D is closely associated with common chronic diseases such as cardiovascular disease and diabetes, among others.

The coronavirus has unfairly ravished those same groups: Both socially-disadvantaged communities of color and those with underlying health conditions, many of whom are elderly, have been hardest hit.

In the UK, for example, recent data found blacks were four times as likely to die of Covid-19 as whites, while people of Bangladeshi, Pakistani, Indian and mixed ethnicities also had a “statistically significant raised risk of death.” By May 1, 38% of all deaths from Covid-19 in the UK were elderly care home residents, according to the latest estimates from the Office of National Statistics.
In the US, data collated by the Kaiser Family Foundation from 35 states found nursing home residents accounted for at least 34.6%​ of the more than 87,000 coronavirus deaths ​recorded as of May 15. And a study found that while black Americans represent 13.4% of the population, counties with higher black populations made up more than half of all Covid-19 cases and almost 60% of deaths.

The basics of vitamin D

Like all vitamins, D is an essential micronutrient, required in small quantities for normal cell function, growth and development. The primary function of vitamin D is to help the body absorb calcium and phosphate, thus keeping muscles and teeth healthy and bones strong and less likely to break.

The body makes vitamin D when skin is directly exposed to the sun. Indirect exposure, such as sun shining through a window, will not create vitamin D. Cloudy days, shade, living in high altitudes and farther from the equator also affect our body’s production.

For countries like the UK where the skies are often overcast, additional supplementation may be necessary during the months of October through March, according to the UK National Health Service.

A severe lack of D can result in soft, thin, brittle bones during childhood, a condition called rickets predominately seen today in malnourished children in developing countries. Rickets is extremely rare in developed countries, as many foods such as milk, infant formulas, bread, orange juice, yogurt, margarine and cereal are fortified with vitamin D by manufacturers.

According to the US National Institutes of Health, “almost all of the U.S. milk supply is fortified with 400 IU of vitamin D per quart, and so are many of the plant-based alternatives such as soy milk, almond milk, and oat milk.”

The best food source for vitamin D is fatty fish such as salmon, tuna and mackerel; plant sources are minimal, requiring vegans and vegetarians to look at supplementation.

But vitamin D does much more than protect bone and muscle development. It helps brain nerve cells carry messages, and helps the immune system fight off invading bacteria and viruses.

Studies have shown that vitamin D deficiency impairs the immune system, and some studies found that vitamin D supplements may reduce the risk of respiratory virus infections.

But those infections are not Covid-19, and there is no known benefit at this time to taking higher than recommended doses of vitamin D. Studies are underway to see if supplementation with D will have an effect, but until then, the experts who wrote the vitamin D consensus paper urge caution in their paper:

“As a key micronutrient, vitamin D should be given particular focus — not as a ‘magic bullet’ to beat Covid-19, as the scientific evidence base is severely lacking at this time — but rather as part of a healthy lifestyle strategy to ensure that populations are nutritionally in the best possible place.”