Variant might partially evade protection from vaccines or prior infection, early research suggests 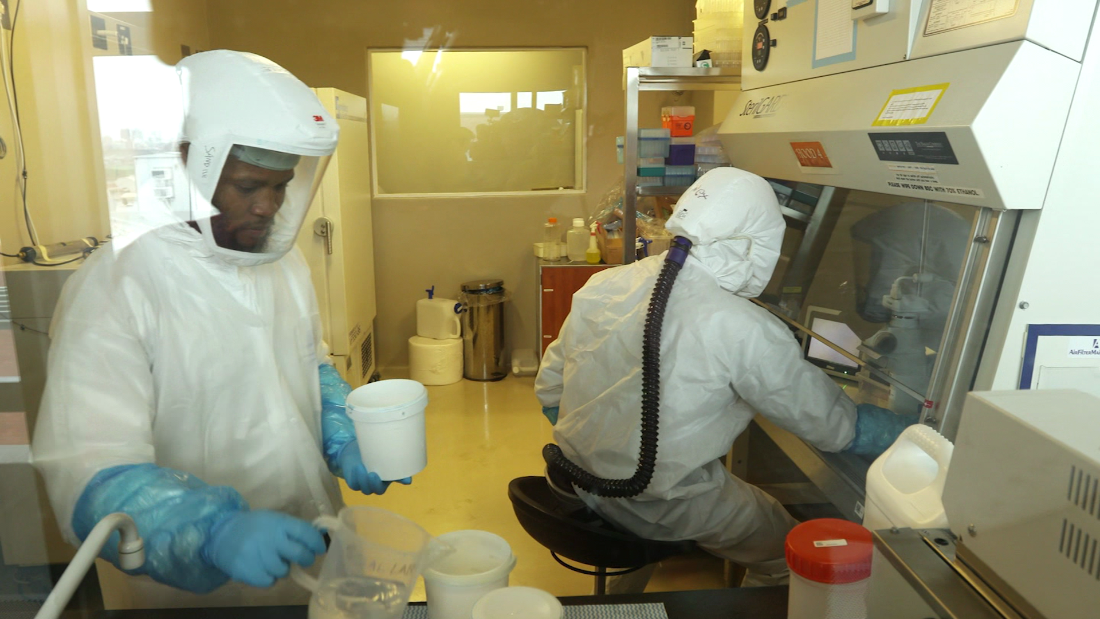 The variant was first spotted in South Africa in October and has now been found in more than a dozen countries.

“I think we should be alarmed,” said Penny Moore, associate professor at the National Institute for Communicable Diseases in South Africa and the senior author of the study.

“Based on Penny’s data, it’s likely that the vaccine is going to be somewhat less effective, but how much less effective we don’t know,” said David Montefiori, a virologist at Duke University Medical Center.

Montefiori added that this is the first study that gives him serious doubt about whether prior infection or a vaccine will protect against a new coronavirus variant.

Both experts emphasized that people should still get the vaccine. It’s extremely effective against other forms of the virus and they think it likely will still give some level of protection against the new variant as well.

The study was posted on a pre-print server and has not been peer-reviewed and published in a medical journal.

This is one of the first reports to look at the variant’s effect on antibody potency. Labs around the world are furiously studying the issue and expect to report results within the next few weeks.

“I worry desperately in the next six to 12 weeks we’re going to see a situation with this pandemic unlike anything we’ve seen yet to date. And that is really a challenge that I don’t think most people realize yet,” Michael Osterholm, an epidemiologist at the University of Minnesota and a member of President-elect Joe Biden’s Transition Covid-19 Advisory Board, told CNN’s New Day.

‘A two-armed escape from the immune system’

In the study, Moore and her colleagues took blood from 44 people who’d had Covid-19. Nearly all of their cases were confirmed to have occurred prior to September, which is before the variant was spotted in South Africa.

The researchers then looked to see whether their antibodies would fight off the new variant.

For about half of the 44 people, their antibodies were powerless against the new variant.

“We saw a knockout,” Moore said. “It was a scary result.”

For the other half, the antibody response was weakened, but not totally knocked out.

The culprits were mutations in two different parts of the spikes that sit atop the coronavirus. The vaccines work by targeting those spikes.

“It was a two-armed escape from the immune system,” Moore said.

Moore emphasized that these are results in the lab, and studies need to be done to see if people who’ve previously had Covid-19 get re-infected with the new variant.

The antibody assays did not measure other immune responses, such as T-cell responses, that are generated by previous infections and vaccines.

What this means for the vaccine

Moore’s team is now gathering blood from people who’ve been vaccinated to see if their antibodies can fight off the new variant.

“I think the data on people with prior infection raises all kinds of red flags for the vaccines,” she said. “We have to test it to find out.”

“I don’t have any reason to think the results with people who’ve been vaccinated will be any different than with the people who had prior infection,” he said.

For several reasons, Montefiori thinks the vaccine will likely take a hit — but probably not a huge one.

First, the two vaccines authorized for use in the US work very well, so even if the new variant puts up a fight, the reduction in vaccine efficacy likely won’t be devastating.

“We have to remember, the Pfizer and Moderna vaccines are 95% effective — that’s an extraordinary level of efficacy,” Montefiori said. “If it reduces to 90, 80, 70% effective, that is still very, very good and likely to have a major impact on the pandemic.”

Also, while surveillance in South Africa shows the new variant is becoming the dominant variant in the country, Montefiori points out that it’s been found only in small numbers in 13 other countries.

The UK, which has a very aggressive surveillance system, has found 45 people with the new variant, according to GISAID, an independent data-sharing initiative. Botswana has seen six cases; Japan has seen five; there have been four cases spotted in Germany; two each in France, Australia, Switzerland and Finland; and one each in Sweden, South Korea, Norway, Ireland, and the Netherlands.

Also, getting vaccinated might trigger a stronger antibody response than infection.

Monday, researchers at Sheba Medical Center in Israel announced that an analysis of blood from 102 hospital employees who’d received two doses of the Pfizer vaccine showed their mean antibody levels were higher than those found in people who’d recovered from severe Covid-19. That study has not been peer reviewed, published or posted online.

While scientists work out what effect the variant might have on the vaccine, experts advise that prevention, such as wearing a mask and social distancing, is the best course for bringing Covid-19 rates down — that and and getting a vaccine when you can.