Vaccination is not enough by itself to stop the spread of variants, study finds 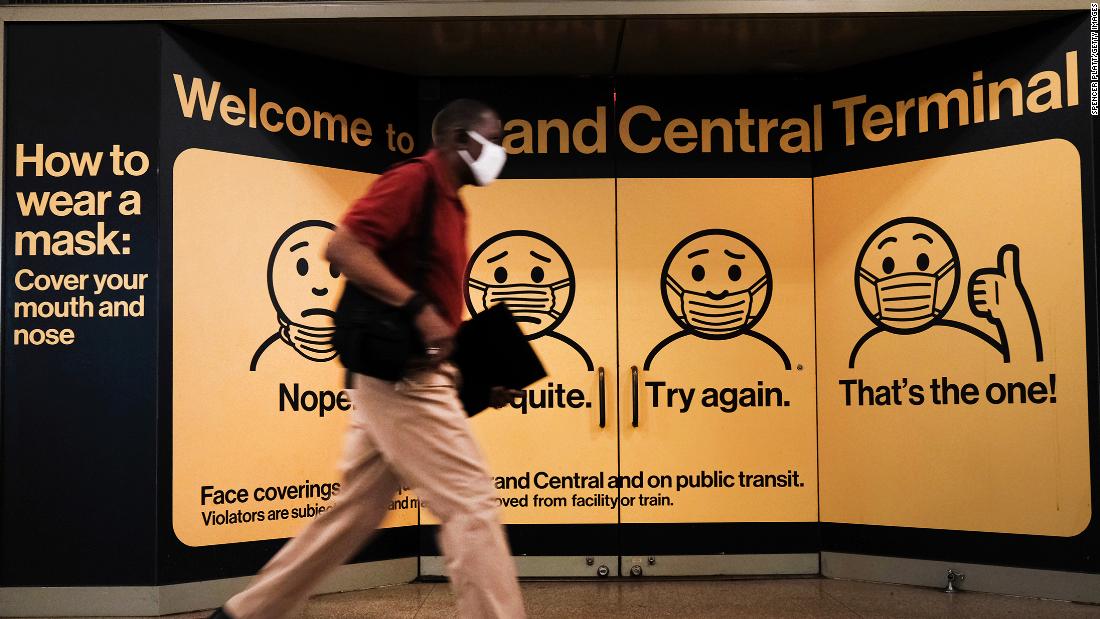 They said people need to wear masks and take other steps to prevent spread until almost everyone in a population has been vaccinated.

Their findings, published in Nature Scientific Reports, support an unpopular decision by the US Centers for Disease Control and Prevention to advise even fully vaccinated people to start wearing masks again in areas of sustained or high transmission.

“We found that a fast rate of vaccination decreases the probability of emergence of a resistant strain,” the team wrote.

“Counterintuitively, when a relaxation of non-pharmaceutical interventions happened at a time when most individuals of the population have already been vaccinated, the probability of emergence of a resistant strain was greatly increased,” they added.

“Our results suggest that policymakers and individuals should consider maintaining non-pharmaceutical interventions and transmission-reducing behaviors throughout the entire vaccination period.”

“When most people are vaccinated, the vaccine-resistant strain has an advantage over the original strain,” Simon Rella of the Institute of Science and Technology Austria, who worked on the study, told reporters.

“This means the vaccine resistant strain spreads through the population faster at a time when most people are vaccinated.”

But if so-called non pharmaceutical interventions are maintained — such as mask use and social distancing — the virus is less likely to spread and change. “There is a chance to remove the vaccine resistant mutations from the population,” Rella said.

The team used a mathematical model to predict these changes, but their findings follow what is known about the epidemiology of viruses and what’s known as selective pressure — the force that drives any organism to evolve.

The findings suggest that policymakers should resist the temptation to lift restrictions to celebrate or reward vaccination efforts.

This is likely to be especially true with a more transmissible variant such as the Delta variant, said Fyodor Kondrashov, also of the Institute of Science and Technology Austria.

“Generally, the more people are infected, the more the chances for vaccine resistance to emerge. So the more Delta is infectious, the more reason for concern,” Kondrashov told reporters.

“By having a situation where you vaccinate everybody, a vaccine-resistant mutant actually gains a selective advantage.”

On Tuesday, the US CDC altered its guidance on mask use. The CDC said earlier this year that fully vaccinated people are very safe from infection and can take off their masks in most situations.

Now, it says even fully vaccinated people can sometimes catch the virus and if they catch the Delta variant, they are just as likely to infect someone else as an unvaccinated person would be. It advised everyone in areas of high or sustained virus transmission to wear masks when around others.

While the CDC was not thinking about the evolution of variants, Kondrashov said people skeptical of maintaining vigilance should be.

“The individual who already vaccinated and putting on a mask should not think this is pointless but should think that there is a vaccine resistant strain running around,” he said.

“By preventing spread of vaccine resistant strains, you are preventing evolution of this virus,” he added.

“We have two tools in our toolbox to do this. One is non pharmaceutical interventions such as mask wearing and the whole shebang, and the second is vaccines. From an evolutionary perspective, what is necessary to reduce this (spread) is to vaccinate as many people as possible as fast as possible and across the globe.”