Vaccination cards will be issued to everyone getting Covid-19 vaccine, health officials say 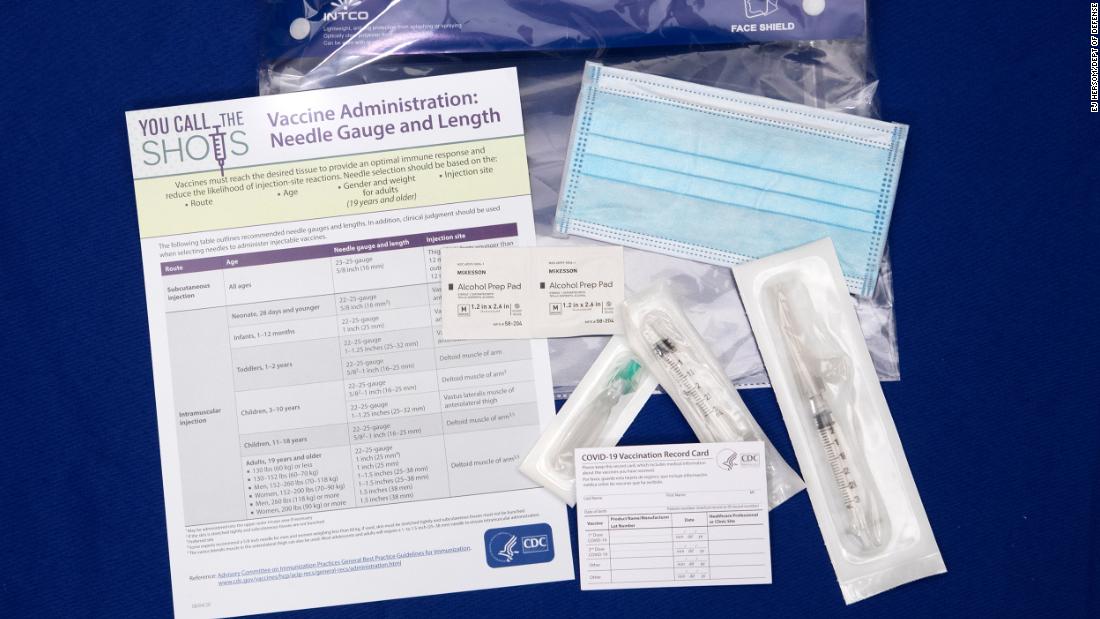 Vaccination cards will be used as the “simplest” way to keep track of Covid-19 shots, said Dr. Kelly Moore, associate director of the Immunization Action Coalition, which is supporting frontline workers who will administer Covid-19 vaccinations.

“Everyone will be issued a written card that they can put in their wallet that will tell them what they had and when their next dose is due,” Moore said. “Let’s do the simple, easy thing first. Everyone’s going to get that.”

Vaccination clinics will also be reporting to their state immunization registries what vaccine was given, so that, for example, an entity could run a query if it didn’t know where a patient got a first dose.

Moore said many places are planning to ask patients to voluntarily provide a cell phone number, so they can get a text message telling them when and where their next dose is scheduled to be administered.

Every dose administered will be reported to the US Centers for Disease Control and Prevention, said Claire Hannan, executive director of the Association of Immunization Managers.

The CDC did not immediately respond to CNN’s inquiry about whether such a database would include a record of everyone immunized.

As far as vaccine kits, the DoD image shows the kits include a card, a needle and syringe, alcohol wipes and a mask. Operation Warp Speed has 100 million vaccine kits ready to go if and when distribution of a coronavirus vaccine starts, Gen. Gustave Perna, Warp Speed’s chief operating officer, said last month.

The images come as two companies — Pfizer and Moderna — await emergency use authorizations (EUA) in the United States. A panel with the US Food and Drug Administration is expected to discuss whether to authorize the EUAs on December 10 and 17.
Should Pfizer and Moderna get the authorization, the vaccines’ first shipments could happen December 15 and 22, respectively, according to a document from the federal government’s Operation Warp Speed.
Initial supplies in the United States will be limited, and the wider population won’t have access to vaccines until months into 2021. A CDC panel recommended Tuesday that heath care and long-term care workers get inoculated first.

The United States has said if both Pfizer and Moderna win FDA emergency use authorization in December, they could distribute 40 million doses of vaccine by the end of the month. Each vaccine requires two doses, so that’s enough to fully vaccinate 20 million people.