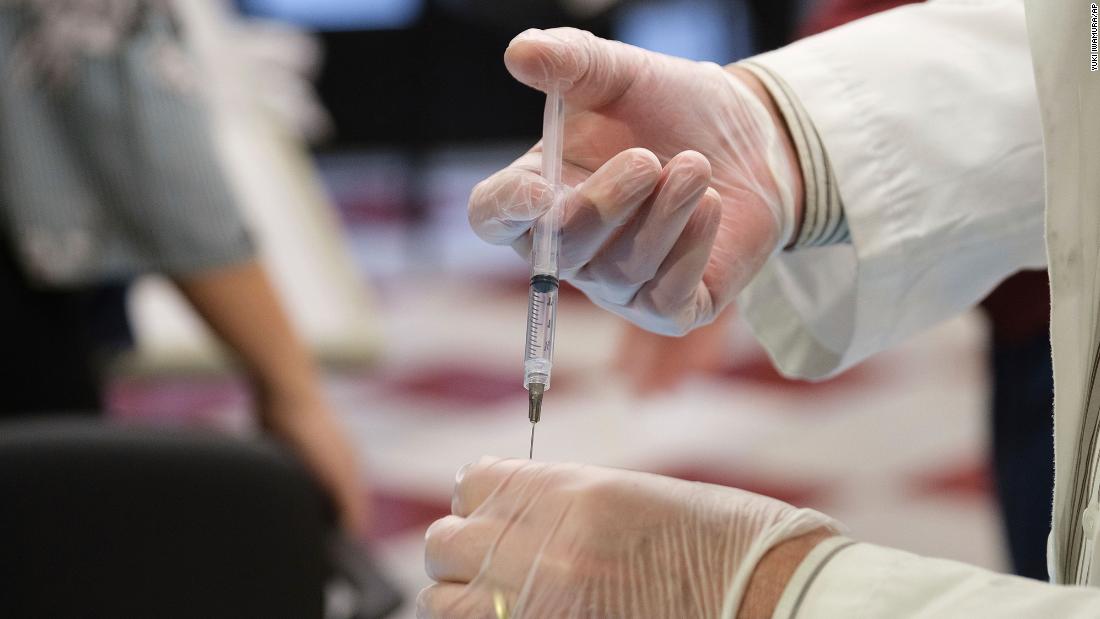 Then, she “hit the jackpot” — she got an appointment to receive the Pfizer/BioNTech vaccine at her local Walgreens two days later, on February 10.

Foster, 65, returned immediately to the Walgreens website to schedule an appointment for her husband, but all remaining appointments had been taken.

“It was like getting concert tickets,” Foster said. “They’re just gone in minutes.”

Many pharmacies told CNN that they are able to receive and administer far more doses than they have.

“The pharmacies that are getting the vaccines have been able to receive the vaccine and to administer the vaccine. So, we’re not hearing any issues, once they get the vaccine, of being able to get it in people’s arms,” Mitch Rothholz, chief of governance and state affiliates at the American Pharmacists Association, told CNN on Thursday.

But he added, “In terms of the capacity of pharmacies, we have not optimized that yet.”

That’s because the first phase of the Federal Retail Pharmacy Program launched with 1 million vaccine doses allocated to 6,500 pharmacies, including some CVS, Walgreens, Walmart and Rite Aid locations.

The program, which began the week of February 8, allocates a limited supply of Covid-19 vaccine to 21 national pharmacy partners and independent pharmacy networks. As the program grows, Rothholz said, pharmacies will play a role in administering doses alongside public health departments, clinics, mobile units and other vaccination sites.

“All of those together will be able to successfully vaccinate individuals, according to the national plan. So it’s not one approach that’s going to replace all the others. It’s all of them working together to increase the access to sites and practitioners where the public is comfortable getting vaccinated,” Rothholz said. “That’s the goal.”

A call for more vaccines

Walgreens, one of the first pharmacies to begin administering Covid-19 vaccines in December through a separate partnership with long-term care facilities, has administered more than 3 million vaccines as of Monday, with an allotment of 180,000 doses per week through the federal program, company spokesperson Kelli Teno told CNN.

“As we roll out to broader populations, vaccine demand has continued to outweigh inventory,” Teno said. “We share the enthusiasm of the nation in vaccinating people as quickly as possible, but patience is needed as vaccine inventory continues to build in the coming weeks and months and we’re able to vaccinate more communities.”

Albertsons Companies Inc., a US grocery company headquartered in Boise, Idaho, is using less than 10% of its capacity, according to Albertsons spokesperson Andrew Whelan. “We have the capabilities to administer 150,000 doses every single day and can take on about 90% more supply within our network,” Whelan told CNN.

Hy-Vee, a chain of supermarkets in the Midwest, told CNN that having more vaccine doses to administer to the public would be beneficial.

“The limited supply of the vaccine has been our biggest challenge,” said company spokesperson Christina Gayman. “We would love to vaccinate every single person who inquires, but supply is still limited.”

Meanwhile, Meijer Inc. has administered 66,000 doses since mid-January with an anticipated additional 30,000 this week, company representative Frank J. Guglielmi told CNN. The majority of doses have been administered in Michigan, where Meijer is both a state and federal vaccine partner.

‘This is not our first rodeo’

As of Friday morning, Kroger has administered more than 400,000 vaccines across 25 states in eligible populations as outlined by state public health officials.

Through the Federal Retail Pharmacy Program, Kroger has been allotted 70,000 doses with the anticipation of 30,000 additional doses next week.

“We’ll be relying on the strength of our 22,000 Kroger health associates around the country to lean in and really flex their muscle on and the muscle memory around getting vaccines,” Kroger Chief Medical Officer Dr. Marc Watkins told CNN. “This is not our first rodeo giving vaccines, and we understand the importance of really meeting the challenge of this pandemic head on right now and vaccine distribution.”

For Watkins and many other leaders of pharmacies, the biggest challenge remains securing vaccine supply and equitable access across communities.

So far, most of the pharmacies in the federal program are reporting that their vaccine deliveries in the first week of the rollout arrived on time and were put into arms.

“We received 10,200 doses last week, and Moderna arrived in 100 dose packages — so 102 of our pharmacies each received 100 doses,” said Jenni Zilka, senior vice president of Good Neighbor Pharmacy’s field programs and services. The company is a network of locally owned independent pharmacies.

“In general, they are thrilled to participate,” Zilka told CNN on Tuesday. “I have examples of someone sending me a picture of them receiving the vaccine at 3 p.m., and by 3:30, they were administering vaccine and sending me pictures of them administering — so just a lot of excitement.”

Yet there is one potential setback: growing concern that the early momentum might be slowed due to extreme winter weather sweeping parts of the United States.

Rothholz, of the American Pharmacists Association, told CNN on Thursday that he hasn’t heard of any significant delays in the delivery of vaccine doses to pharmacies yet. But “the key to the success of the program is knowing what you’re going to get, and to receive it in the time that you expected,” Rothholz said about deliveries.

“The pharmacies are having to use their appointment-based systems, whether their own or ones that their local jurisdictions have for patients to get vaccinated,” he said. “You don’t want to disappoint a patient by not having the vaccine or having to cancel appointments — and so that’s right now part of the, if you want to call it ‘challenge,’ in the system.”

The US Centers for Disease Control and Prevention told CNN on Wednesday that the severe weather around the United States is expected to lead to widespread delays in Covid-19 vaccine shipments and deliveries in the coming days.

“Shipping partners are working to deliver vaccine where possible, contingent on local conditions, but the adverse weather is expected to continue to impact shipments out of the FedEx facility in Memphis, Tenn., as well as the UPS facility in Louisville, Ken., which serve as vaccine shipping hubs for multiple states,” CDC spokesperson Kristen Nordlund said in a statement.

“CDC and federal partners are working closely with the jurisdictions, as well as manufacturing and shipping partners, to assess weather conditions and help mitigate potential delivery delays and cancellations.”

Additional vaccine doses on their way

Meanwhile, the White House has responded to many pharmacies’ calls for more vaccine — announcing on Tuesday that it plans to increase the supply of vaccine going to pharmacies.

White House press secretary Jen Psaki said the administration will be “doubling the supply to our pharmacy program.”

This week, there will be 2 million doses sent to pharmacies across the country, she said.

With the increase of vaccine availability, the program is eventually expected to include more than 40,000 pharmacies nationwide.

Foster, in Ohio, failed to find an appointment for her husband at a local pharmacy the same day she landed one for herself. She didn’t find one the next day either.

“Whenever I had a minute, I’d go on and try all these different websites because they’d say, ‘We release appointments as soon as we can,’ and their websites — Kroger, CVS — would get overwhelmed and they couldn’t respond,” Foster said.

Eventually, on February 10 she managed to secure a first dose appointment for her husband for a couple days later.

It wasn’t at a pharmacy — but at a local county health department.