US life expectancy dropped a staggering full year in first half of 2020 and widened racial inequities, according to new CDC data 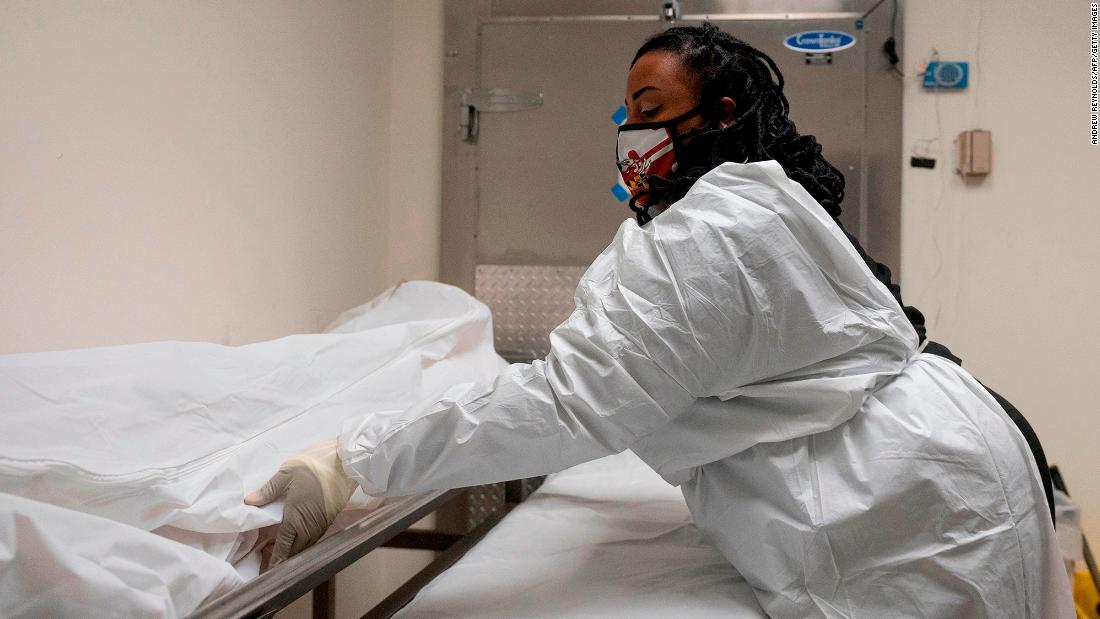 Life-expectancy disparities between Black people and White people had been shrinking in recent years, but these latest figures reverse some of that progress.

Over the past 40 years, life expectancy has increased slowly but rarely declined. Between 2014 and 2017 — a peak period of the opioid epidemic — life expectancy declined a third of a year, which itself was significant.

Life-expectancy estimates before 1980 have been measured less consistently, but experts told CNN that estimates for drops in life expectancy after World War II range from less than a year to three years.

The pandemic has taken a massive toll on the US population. About 490,000 people have lost their lives to the disease, and the CDC estimates excess deaths in 2020 to be even higher..

“A year of life expectancy lost doesn’t really give you a true sense of how serious this has been. Millions of life years were actually lost,” Eileen Crimmins, a professor at the University of Southern California who has researched changes in mortality, told CNN. “Covid is on track to cause more deaths than cancer or heart disease, and that’s important.”

Most deaths due to Covid-19 have been among older adults, which would have a small effect on overall life expectancy.

But Theresa Andrasfay, a researcher at the University of Southern California who has published work on the potential impact of Covid-19 on life expectancy, notes that while deaths among younger adults may be less common, the numbers are still substantial.

“Those deaths have a significant effect on life expectancy because they contribute to more foregone years of life,” she told CNN.

Disparities in years lost among Black and Hispanic people are in line with the disproportionate effect Covid-19 has had on communities of color. Hispanic and non-Hispanic Black people are both about twice as likely to die of Covid-19 than non-Hispanic White people, according to the latest data from the CDC.

“At the beginning of the pandemic, we may have thought this was a virus that affected everyone equally,” Andrasfay said. “We were aware of these longstanding health disparities, but this really drives home how the Black and Latino communities were disproportionately affected.”

The new life-expectancy estimates from the CDC mark the first time the agency has published these figures using provisional data that comes from death certificates that were received and processed for the first half of 2020.

Because it is based on deaths recorded between January and June, the report notes that the estimates “do not reflect the entirety of the effects of the COVID-19 pandemic in 2020, or other changes in causes of death.”

Certain geographic areas were affected more than others earlier in the pandemic, and timely reporting of deaths varies by jurisdiction.