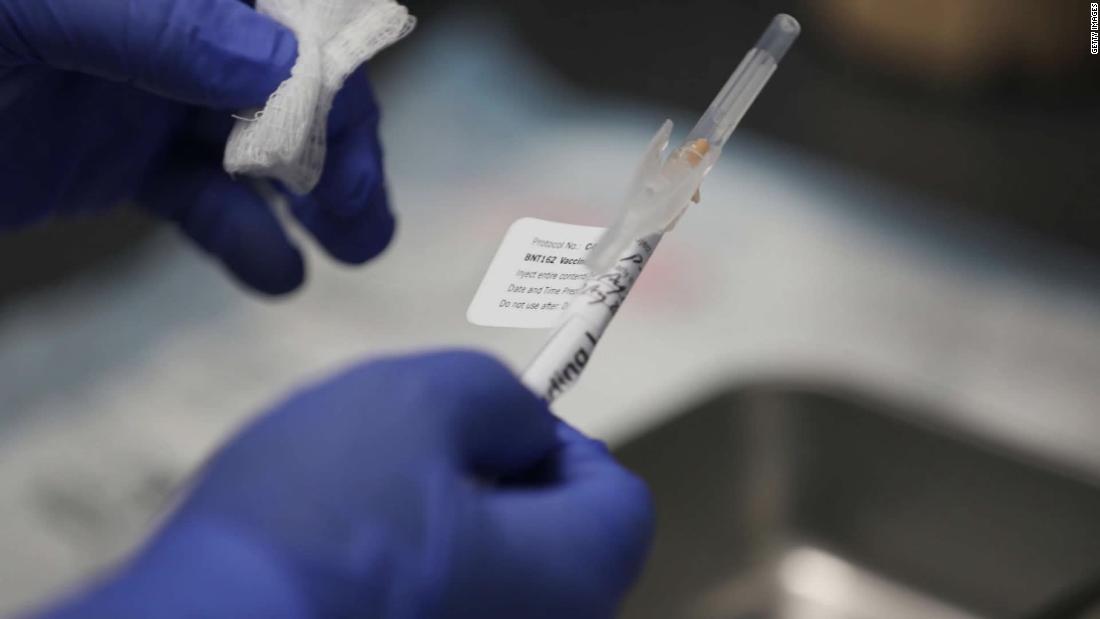 “We are behind here,” said Dr. Francis Collins, director of the National Institutes of Health. “We haven’t done a good job of getting [coronavirus vaccine] information out there.”

The stakes are high. A CNN poll in May found one-third of Americans said they would not try to get vaccinated against coronavirus, even if the vaccine is widely available and low cost.

“Speaking for myself, I think I underestimated the level of public resistance,” Collins said. “I didn’t expect it to be that widespread.”

A spokesman for “Operation Warp Speed,” the Trump administration’s effort to get a coronavirus vaccine on the market, said a public education campaign will “soon focus” on vaccine education.

“We see more vaccine hesitancy with the Covid vaccine than with other vaccines. We know that. This concerns us, of course,” said Michael Caputo, an assistant secretary for the US Department of Health and Human Services.

There isn’t much time to educate Americans about the Covid vaccine. Dr. Anthony Fauci, director of the National Institutes of Allergies and Infectious Diseases, and others say they expect a vaccine could be on the market in December or January.

“We know it’s really important, especially for a new vaccine, to start these conversation early,” said Chelsea Clinton, who does vaccine advocacy work with the Clinton Foundation. “We saw how important that was many decades ago when the polio vaccine first emerged in the mid-1950s. So we know what we need to be doing. We’re just not doing it.”

No word from the CDC

Traditionally, the US Centers for Disease Control and Prevention has been the federal agency to develop vaccine education programs.

In June, CDC director Dr. Robert Redfield, said a plan was in the works.

“We’re developing a plan as we speak to keep building on the efforts to rebuild vaccine confidence in this country, which is really critical,” Redfield said at a Senate Health Committee hearing on Covid-19.

CNN asked a CDC spokeswoman what happened to that plan mentioned by Redfield, and what the CDC has done to educate Americans about the Covid vaccine. She did not respond.

CNN asked Clinton what kind of a job the CDC has done to educate Americans about the Covid vaccine.

“They’re not doing a job,” she said. “I wish [this] were work being done out of the Centers for Disease Control, but it just isn’t happening.”

Collins also noted that the CDC has been uncharacteristically inactive on this front.

“This is critical, and I know [the CDC has] tried in their own way to get the word out, but they have not been particularly successful,” Collins said.

Over the past few months, Operation Warp Speed has taken over some of CDC’s functions.

He added that the program has been working on the effort with industry and community leaders and non-governmental organizations, and will be producing public service announcements with health experts and celebrities discussing various topics related to Covid-19.

But the public service announcements that deal with the vaccine won’t be coming out until late November.

Caputo said to build confidence, they have to know which vaccines will be out first and if some vaccines might work particularly well for a certain group, such as the elderly. Six vaccine companies have received Operation Warp Speed funding.

Private groups, such as Vaccinate Your Family and Voices for Vaccines, have begun Covid-19 vaccine advocacy work to promote vaccine confidence.

The National Institutes of Health and the COVID-19 Prevention Network, which was created by the NIH, have started engagement efforts with various groups to talk about the vaccine.

But Clinton said a larger-scale vaccine education effort should have come out months ago, considering that anti-vaxxers have been flooding social media with scary lies about vaccines against Covid-19.

“Nothing is really happening in our country on this front in a coordinated level,” Clinton said.

Those lies include social media memes stating the vaccine will leave an invisible digital, trackable tattoo; that Dr. Anthony Fauci, a leader in the vaccine effort, is actually Satan; and that the vaccine will hideously disfigure your face.

The power of the anti-vaccine movement

“Unfortunately, the anti-vax content is much more viral, much stickier than the pro-vaccine, pro-public health, pro-science content,” she said.

Collins said he thought anti-vaccine efforts that enabled last year’s measles outbreak were effective because the measles vaccine has been so successful over the decades that many people aren’t aware how deadly the virus can be.

“People stopped believing it could kill a child,” Collins said. “But I guess I thought because Covid-19 is killing people every day and thousands of them, it would be less of a temptation to say ‘Oh, well maybe we don’t need that for this.’ But I was obviously wrong.”

CNN’s Wesley Bruer and John Bonifield contributed to this story.