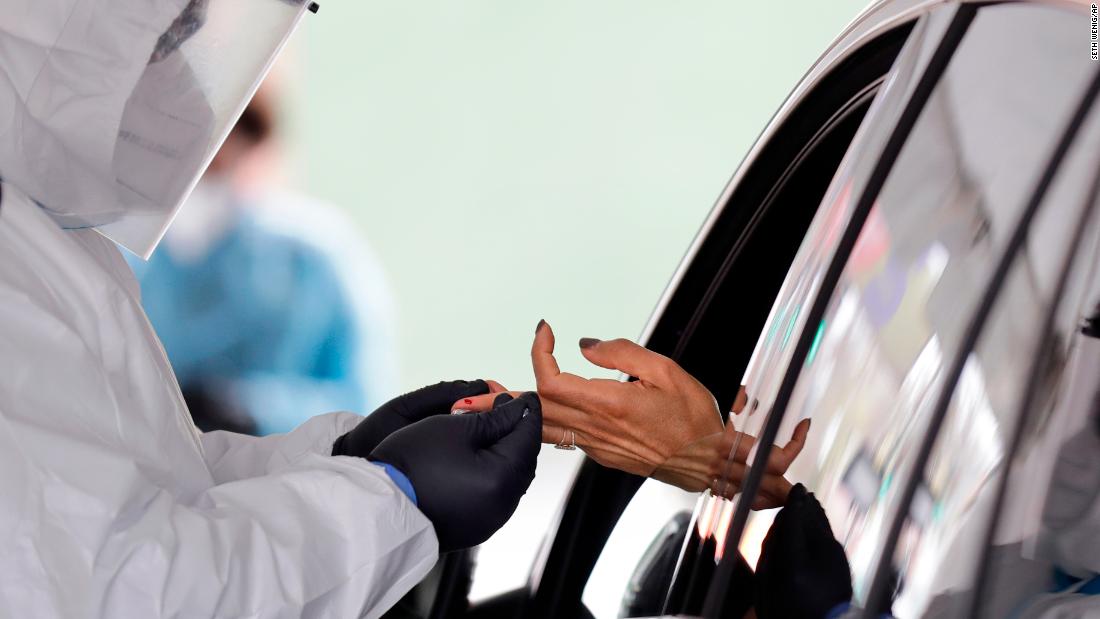 That’s not because the virus is particularly widespread in this community in north central New Mexico, nestled between a national forest and an Apache Nation reservation.

It’s because in New Mexico, tests are free and plentiful. Some residents of Tierra Amarilla went to a one-day free testing event in town a few weeks ago, and if they missed that they can drive to a permanent testing center 45 minutes away. If residents don’t have transportation, the Department of Health will come and test them in Tierra Amarilla.

So far, the state has performed 89,032 coronavirus tests. That’s more than any other state with around the same population. New Mexico has conducted around the same number of tests or more than states such as Oklahoma, Nevada and South Carolina, which have considerably larger populations.

But not every state is like New Mexico. Months after federal officials said coronavirus testing would be plentiful, the tests are still hard to find in some parts of the country.

“We want to test for this the way we test for HIV, that you can do it without worrying. That’s not the case in many parts of the country,” said Dr. Amesh Adalja, a senior scholar at the Johns Hopkins Center for Health Security. “We have a patchwork of testing across the country.”

On a March 6th visit to the US Centers for Disease Control and Prevention, President Donald Trump said “anybody that wants a test can get a test.”

More than two months later, that’s still not the case.

It’s not just a matter of having the tests themselves, but also having supplies like swabs and chemical reagents that are needed to run the tests.

Since April 29, Michigan has had enough lab space to do 16,000 coronavirus tests a day, but has never done more than 11,000 tests a day, according to state data.

“We’ve never been able to get to full capacity because we are missing things in the supply chain,” Michigan Gov. Gretchen Whitmer on CNN’s State of the Union on May 3.

Dr. Rob Davidson, an emergency physician at a rural Michigan hospital, says there aren’t enough tests for doctors and nurses on his staff, even though Whitmer said all essential workers should be tested.

“We don’t know how we’re going to get that system in place,” Davidson said.

“There are limited supplies and there are differences in which labs have been able to order which supplies and how much of the order shows up,” said Heather Pierce, the senior director for science policy and regulatory counsel at the Association of American Medical Colleges.

It’s a variable situation, she added.

“One lab that has everything that it needs for one week doesn’t necessarily know what it’s going to get the next week,” she said.

As recorded cases of coronavirus continue to rise in the United States by 20,000 to 30,000 per day, public health officials have emphasized that more testing will bring the numbers down and help the nation find a pathway out of the pandemic.

Once there is widespread testing, health experts say infected people can be identified and isolated, and close contacts can quarantine themselves at home.

Dr. Anthony Fauci, the nation’s leading infectious disease expert, estimated on April 25 that the US is conducting approximately 1.5 to 2 million coronavirus tests per week.

“We probably should get up to twice that as we get into the next several weeks,” Fauci said the same day during a Covid-19 briefing by the National Academy of Sciences.

But according to the COVID Tracking Project, which records testing and patient data nationwide, just 1.5 million coronavirus tests were conducted between April 30 and May 6.

Last week, the White House released a testing blueprint that said the federal government should be the “supplier of last resort.”

It’s up to the states to come up with testing plans and “to identify and overcome barriers to efficient testing,” including “misallocation of supplies” and “logistical failures,” according to the blueprint.

Some states have had more success than others.

New Mexico has more than 80 testing sites in all 33 counties. Not all operate at the same time — some are permanent, others are drive-through or open for a few hours a day.

The state offers free testing to anyone with symptoms of coronavirus, anyone who’s been in close contact with someone who’s had the virus, or anyone at high risk for contracting the virus, such as an essential worker or a nursing home resident.

“We believe testing is critical. We always have, and so it’s a priority,” said Kathy Kunkel, New Mexico’s secretary of health.

Some other states have also made it relatively easy for people to get tested.

On April 2, Utah launched a website where residents can find out if they qualify for free testing at a drive-through. So far, nearly 20,000 tests have been administered by the “TestUtah” initiative.

Despite the federal blueprint, Michigan hopes to receive some relief from the federal government. On May 3, a senior Trump administration official told CNN that the administration is sending the state 450,000 additional swabs and other supplies to help it meet its goal to perform 450,000 tests in May, which is more than three times the number of tests performed there from the beginning of the outbreak through the end of April.

Others also see reason for optimism.

“Over the last several weeks it’s become easier for me to order tests for people,” said Adalja, the Hopkins physician. “But the point is doctors and people have to be comfortable ordering tests and not worrying about supply chain issues.”

Ryan Nobles and Sara Murray contributed to this story.