US extends social distancing to April 30 in hopes of avoiding 100,000 coronavirus deaths 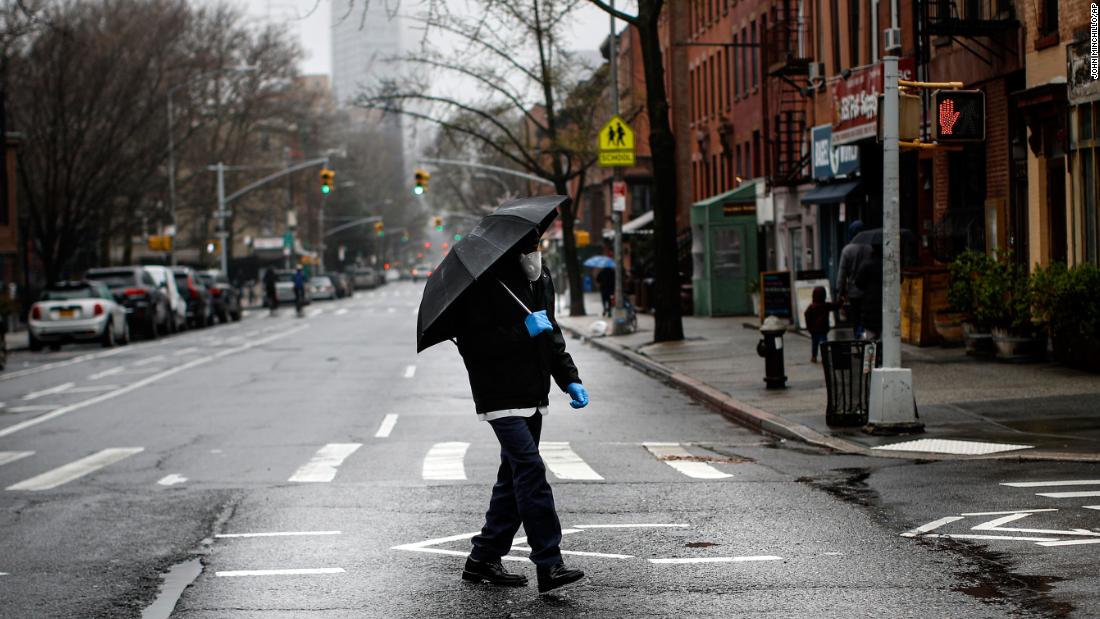 As of Sunday evening, there were more than 139,000 cases of coronavirus in the US. At least 2,429 people have died. If the death toll stays at or below 100,000 by the end, President Donald Trump said, “we all together have done a very good job.”

The Trump administration issued guidelines March 16 on social distancing to contain the coronavirus outbreak which initially had a 15-day time frame. Now, the guidelines, which urge Americans to avoid groups of more than 10 and advise older people to stay home, will be extended to April 30.

“On Tuesday, we will be finalizing these plans and providing a summary of our findings, supporting data and strategy to the American people,” Trump said.

Fauci called the extension a “wise and prudent decision” in mitigating the spread of the virus that could reach more than a million people in the US.

Tracking coronavirus cases in the US

Deaths of a state employee, a journalist and an infant reported

As the death toll continues to rise across the US, the death of a baby in Chicago is under investigation. Illinois officials announced on Saturday the first death of an infant in connection with coronavirus.

“We must do everything we can to prevent the spread of this deadly virus. If not to protect ourselves, but to protect those around us,” Illinois Department of Public Health Director Dr. Ngozi Ezike said.

The death of a child younger than one year with coronavirus has previously been reported in China. That child had a pre-existing condition.

“I was proud to have an advocate like April on the task force and on my staff. She set a great example for how other businesses could make their workforce more inclusive,” Edwards said.

CBS News producer and talent executive Maria Mercader, 54, died Sunday of Covid-19 in New York Sunday, CBS said. She had been on medical leave for an unrelated matter since late February, the network said.

The state of New York has been facing the brunt of the pandemic in the US.

Officials have struggled to obtain the resources to match the cases that have surged to more than 59,000. Deaths from the virus in the state increased by 237 in less than 24 hours over the weekend, reaching at least 965 deaths.
Trump had contemplated issuing an enforceable quarantine for parts of New York, New Jersey and Connecticut, but later said it will not be necessary.

Instead, the Centers for Disease Control and Prevention issued the travel advisory Saturday, urging residents of the three states to “refrain from nonessential domestic travel for 14 days effective immediately.” The states would have “full discretion” on implementing the advisory, which exempts employees in critical fields.
“The fact of the matter is, people really aren’t traveling a whole lot,” New Jersey Gov. Phil Murphy said when asked about the advisory on ABC’s “This Week” Sunday. “A travel warning, we’re fine with.”

Murphy added that his state is “all in on flattening the curve.”

The CDC advisory came as some state officials began implementing their own restrictions on visitors from outside their states.

Florida has opened highway checkpoints to screen for motorists coming from Connecticut, New Jersey, New York and Louisiana and require them to isolate for 14 days or the duration of their visit, the Florida Department of Transportation (FDOT) said. Louisiana has the third most cases in the country and the second most deaths per capita.

With Rhode Island reporting three deaths over the weekend and West Virginia reporting the first in the state Sunday night, only two states, Hawaii and Wyoming, have not reported coronavirus fatalities, according to a tally compiled by CNN using data from each state Department of Health or state officials.

After surpassing China and Italy last week to become the country with the most confirmed cases worldwide, a letter dated Saturday announced that the US Food and Drug Administration issued an emergency use authorization for chloroquine and hydroxychloroquine to treat patients hospitalized with coronavirus.

Though evidence is limited on the efficacy of chloroquine, or its closely related analogue hydroxychloroquine, the FDA said the drugs’ benefits outweighed their risk.

The drugs — which are used to treat malaria and other conditions — have been called game changers by Trump.

“Based on the totality of scientific evidence available to FDA, it is reasonable to believe that chloroquine phosphate and hydroxychloroquine sulfate may be effective in treating COVID-19,” said the agency in its letter.

Treatment authorization is limited to patients who are currently hospitalized and weigh at least 50 kg, or 110 pounds, and health care providers must contact their local or state health departments to access the drugs.

The US Department of Health and Human Services announced in a Sunday press release that two pharmaceutical companies donated the drugs to the Strategic National Stockpile: 30 million doses for hydroxychloroquine sulfate from a division of Novartis and 1 million doses of chloroquine phosphate donated by Bayer pharmaceuticals.

Doctors and nurses describe chaos on the front lines

Whether it is from uncharted territory, dwindling supplies or hospitals feeling the spike in cases, doctors and nurses describe chaos on the front lines.

“We are slowly descending into chaos,” a trauma physician at Miami’s Jackson Memorial Hospital told CNN. “We keep on drilling and preparing but it’s already taking a toll on our staff. Both emotionally and psychologically.”

Trauma physicians that normally rely on literature, research and training are now “flying blind” without instruments and building guidelines from the ground up, the physician said. And when they are done treating coronavirus patients in trauma, they head back to the ICU to treat more.

For an attending physician in the anesthesiology department of a Long Island, New York, hospital told CNN that a shortage of supplies has staff wiping down and reusing single-use protective equipment and using anesthesia machines as ventilators when they ran out.

“There is not enough of anything,” the doctor said. “There are just so many patients who are so sick it seems impossible to keep up with the demand.”

And even when the supply is adequate, the demand can be overwhelming, an emergency room nurse at NYU-Langone Brooklyn told CNN.

It is unlike anything the nurse has seen before: patients in their 20s to 90s being intubated, sending patients only to have them back the next week needing intubation and sectioning off the emergency room for coronavirus and everything else.

Though its getting harder and harder to confine the number of coronavirus patients to one area, the nurse said.