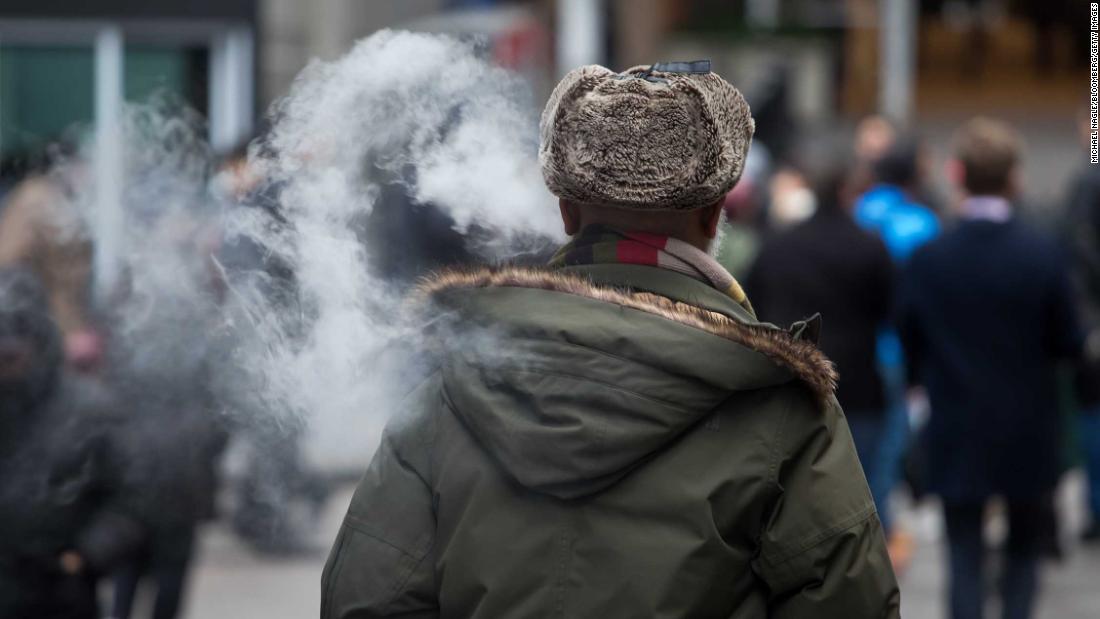 The Trump administration in February enacted a “flavor ban,” establishing that the Food and Drug Administration would prioritize enforcement against flavored, cartridge-based vaping products.

Disposable vapes, some e-liquids, and tobacco and menthol flavored products were exempted from the policy.
Health experts were concerned that this would simply redirect users to those available products.

“Kids have shifted dramatically to the menthol and disposable e-cigarettes left on the market under the Trump Administration’s policy,” Matthew Myers, president of the Campaign for Tobacco-Free Kids, said in a statement Wednesday.

“The evidence couldn’t be clearer: As long as any flavored e-cigarettes are left on the market, kids will get their hands on them and we will not solve this crisis.”

Vaping companies have found a way to continue sales of flavored products under the radar, says Dr. Robert Jackler, who founded the group Stanford Research into the Impact of Tobacco Advertising.

He said that tactics include moving to online-only sales and marketing of unflavored e-cigarettes, with flavored attachments sold separately.

“Youth e-cigarette use has skyrocketed to epidemic levels and millions of kids have been put at risk of nicotine addiction. The cause of this crisis is clear: tobacco companies have lured kids with appealing flavors and hooked them with massive doses of nicotine. The FDA must act decisively to stop them,” read a joint statement released Wednesday by The American Academy of Pediatrics, American Cancer Society Cancer Action Network, American Heart Association, American Lung Association, Campaign for Tobacco-Free Kids and Truth Initiative.