US coronavirus: Symptoms can last much longer than initially thought, experts say 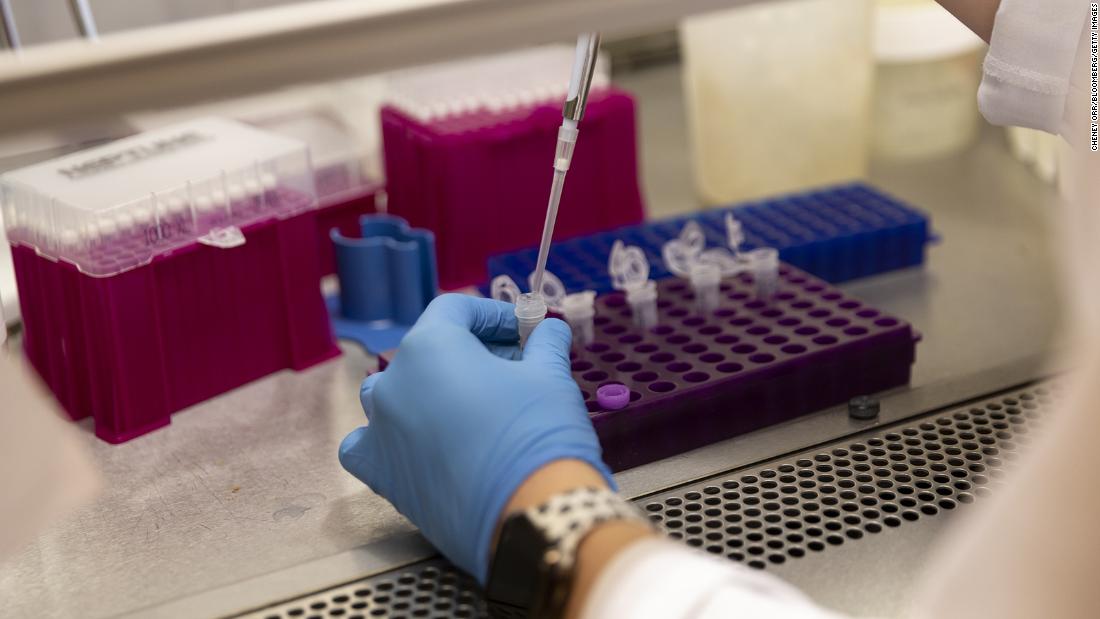 The US Centers for Disease Control and Prevention advises that most Americans who have tested positive for coronavirus can return to work or school 10 days after the onset of symptoms, unless the illness requires hospitalization. But new research suggest that the virus and its symptoms are often no where near finished by that benchmark.

According to research published Tuesday in the British Medical Journal, patients may need to wait over a month before being retested to know whether they have cleared the virus.

The study also suggests that about one in five negative tests are false negatives, meaning many are still spreading the virus after testing negative without knowing it.

Even once patients do test negative, many patients are reporting that their symptoms — from aches to loss of smell to brain fog and affected mood — can last months longer.

“We think that this long-term damage may in part be due to vascular damage, kind of a footprint that the virus leaves even when it’s gone from the body,” Dr. William Li told CNN’s Chris Cuomo earlier this week, adding that researchers have seen the virus damaging blood vessels that connect the entire body.

And with so much still unknown about the virus, Li said it isn’t clear when “long haul” patients will be back to the lives they had before.

The virus has killed 184,689 in the US since the pandemic began, according to Johns Hopkins University.

Tests available for $5 in September

Lack of access to tests has been a roadblock to getting the coronavirus pandemic under control in the US, experts have said. But this month, $5 rapid tests will be sent out to states, Admiral Brett Giroir, the head of US Covid-19 testing efforts, said Tuesday.

The nasal swab antigen test does not require an instrument to read it and comes with a free smartphone app so the healthcare provider can record the test results and automatically send it to public health systems.

Giroir said 48 million tests a month will be available to the US.

“I want to assure all of you that we will continue to build the testing ecosystem to support flattening the curve and saving lives,” said Giroir. “Full speed ahead in terms of quantity, quality and diversity of testing to support our national strategy.”

Testing availability and speed has improved in the US, particularly since the disastrous spring delays. Giroir said 91.9% of results from major referral labs, which do about half the tests in the US, were completed in three days. The mean turnaround time in August for large referral labs was 2.27 days.

Still, that 2.27-day average delay allows the virus to quietly spread, and public health and lab industry experts have repeatedly called on the federal government to take a larger leadership role in coordinating testing supplies.

Now that many colleges and universities are returning to the classroom, cases are breaking out across campuses.

Colleges and universities in 37 states have reported a total of 25,000 cases, according to a CNN tally. Among them are the University of Missouri, where there are 424 active cases among students since classes resumed last week, and the University of South Carolina, which has reported over 1,000 active cases.

Officials at the Utah State University have issued mandatory testing and quarantine for 287 students across four residence halls after they found elevated amounts of the virus in sewage samples.

The mandatory quarantine is effective immediately and will continue until the test results are returned. USU has also activated a Covid Care Team to arrange for resources to assist the affected students, including meal deliveries.

“This testing isn’t new to Utah, it started shortly after the pandemic began and has been successful in monitoring the spread of the disease,” said Amanda DeRito, a director with the university. “The benefit of testing the water is that we get a snapshot into what is happening on campus and can quarantine even before a student becomes symptomatic. It is also less invasive.”

Some officials hold back while others move ahead to reopen

Some state and local officials are putting more measures into place to rein in the spread of the virus, while others are moving forward to reopen.

“When I last extended the COVID-19 state of emergency in June, I told Oregonians that we were at a crossroads: we could work together to stop the spread of COVID-19 in Oregon, or we could watch infections and hospitalizations spike,” Brown said in a statement. “Until there is an effective vaccine for COVID-19, this disease can spread like wildfire if we let our guard down.”

But elsewhere, officials are relaxing measures.

Under California’s new four-tiered reopening system, San Francisco officials announced the city would move to Phase 2, which would allow hair salons, nail salons, massage parlors and gyms to resume outdoors in the coming days. More entertainment sites and houses of worship will be able to open with limitations in the coming weeks.

And North Carolina Gov. Roy Cooper announced that Friday will bring the state to Phase 2.5 of its reopening, which will increase gatherings to 25 people indoors and 50 outdoors. Playgrounds will be opened, along with museums and aquariums at limited capacity.

“We’re encouraged to see North Carolina holding steady on most and decreasing on some of our key data metrics,” Cooper said. “Because of our stable numbers, today we’re ready to take a careful step forward.”