US coronavirus strategy is shifting to reducing risks, doctor says 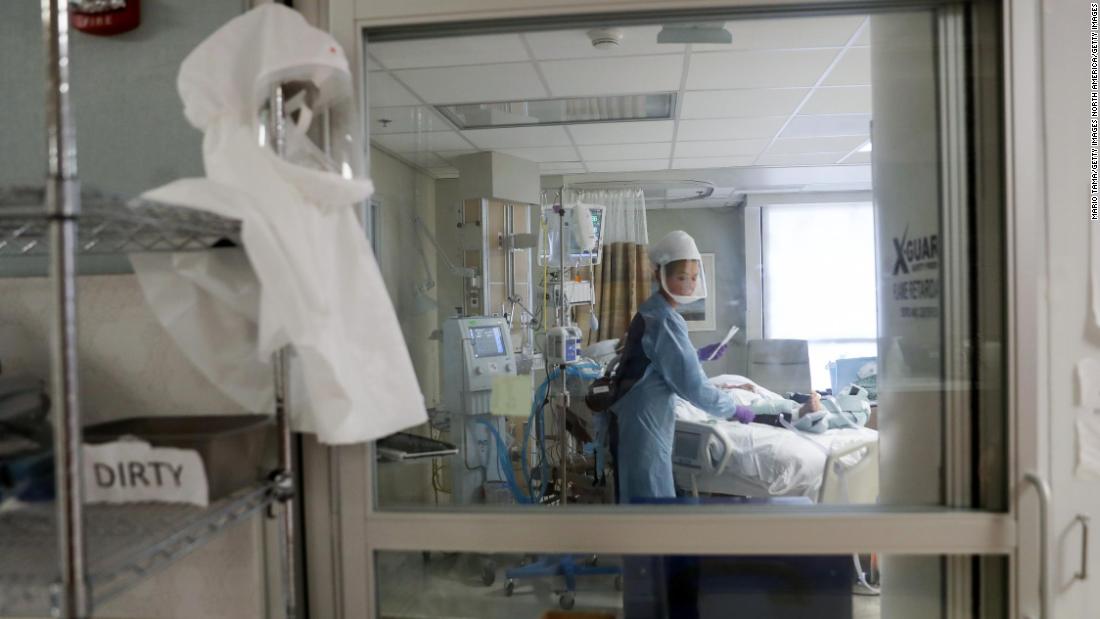 “We had a strategy before. That strategy was we would reduce the number of infections and at the same time build up our capabilities to do testing, tracing, isolation,” she said Thursday night during the CNN global town hall on coronavirus.

“We know that that’s what’s going to be effective, but we are reopening before those capabilities are in place. So in essence, we’re saying it’s too hard. We’re not going to be able to get there. And so we’re switching to a new phase. “

The new strategy includes ways to slow the spread of the virus such as social distancing, avoiding unnecessary gatherings, changing ventilation systems and increasing time outdoors, she said.

As of early Friday, more than 1.4 million people in the US have been infected with the coronavirus, and over 85,000 have died, according to Johns Hopkins.
Track your state’s cases here

Number of reported cases is going down in some states

As states remove more stay-at-home restrictions, it will take weeks to learn the health effects.
But so far, the number of new coronavirus cases reported each day is generally going down in about two dozen states, according to an analysis of data from Johns Hopkins University on Thursday.
And with the reopenings and eased social distancing restrictions, testing remains a major concern, with health experts warning the US is still lagging behind.

While not every person who tests positive will need treatment, testing ensures most of the cases are identified and traced, said Dr. Richard Besser, the former acting director of the Centers for Disease Control and Prevention.

“Every case that’s out there could be the spark that starts another outbreak in your community that gets out of control,” he said.

With the right measures, countries can suppress transmission and avoid bouncing back-and-forth between lockdown and lifting restrictions, said Maria Van Kerkhove, the technical lead for the Covid-19 response at the World Health Organization.

South Korea and Singapore have been successful in containing the virus because they have rapidly identified it, started contact tracing and combated opportunities for it to resurge, she added.

Experts have said coronavirus is likely to keep spreading for at least another 18 months to two years — until about 70% of the population has been infected.

With the number of deaths growing in the US, finding a vaccine and treatment for the virus remain a top priority.

The National Institutes of Health started a new trial for people with mild coronavirus cases that uses drugs the agency once declared as dangerous.

Both the NIH and the Food and Drug Administration have warned against the use of the malaria drug hydroxychloroquine combined with the antibiotic azithromycin, saying they should only be limited to clinical trials.

The FDA says the combination should not be used outside of a hospital setting because it causes heart rhythm problems. In addition, several trials have shown the combination does not help coronavirus patients.

But the NIH said it would enroll 2,000 people infected with coronavirus to try the drug combination at home. Study participants must have a fever, cough and/or shortness of breath, it said, adding that the first person enrolled in San Diego.

“Participants will be randomly assigned to receive short-term treatment with either hydroxychloroquine and azithromycin or matching placebos,” it said. “People living with HIV and pregnant and breastfeeding women also are eligible to participate in the study.”

The NIH did not respond to CNN’s request for comment.

Places considering reopening their doors after weeks of restrictions are getting additional guidance from federal officials.

They do not provide any detailed advice on when it would be safe for schools or business to open — only questions to ask before making any decisions.

Its purpose is to assist employers in making reopening decisions, but it’s still important for them to check with state and local health officials to meet the unique needs and circumstances of the local community, the workplace tree reads.

They include small adjustments to account for the differences between schools, for instance, and restaurants.

MLB is making plans to play in the summer

Since the stay-at-home-orders to combat the spread of the virus, Major League Baseball has been losing money. Now it’s working on plans for a modified season in which games would take place in empty stadiums, Commissioner Rob Manfred said.

“It’s hopeful that we will have some Major League Baseball this summer,” Manfred said at CNN’s global town hall. “We are making plans about playing in empty stadiums. But as I’ve said before, all of those plans are dependent on what the public health situation is.”

Manfred said he’d spoken to governors in 18 states where the game is played and most expressed hope they’d be able to use the empty parks this summer.

The economic fallout from the coronavirus pandemic could put MLB franchises in a $4 billion hole, he said.