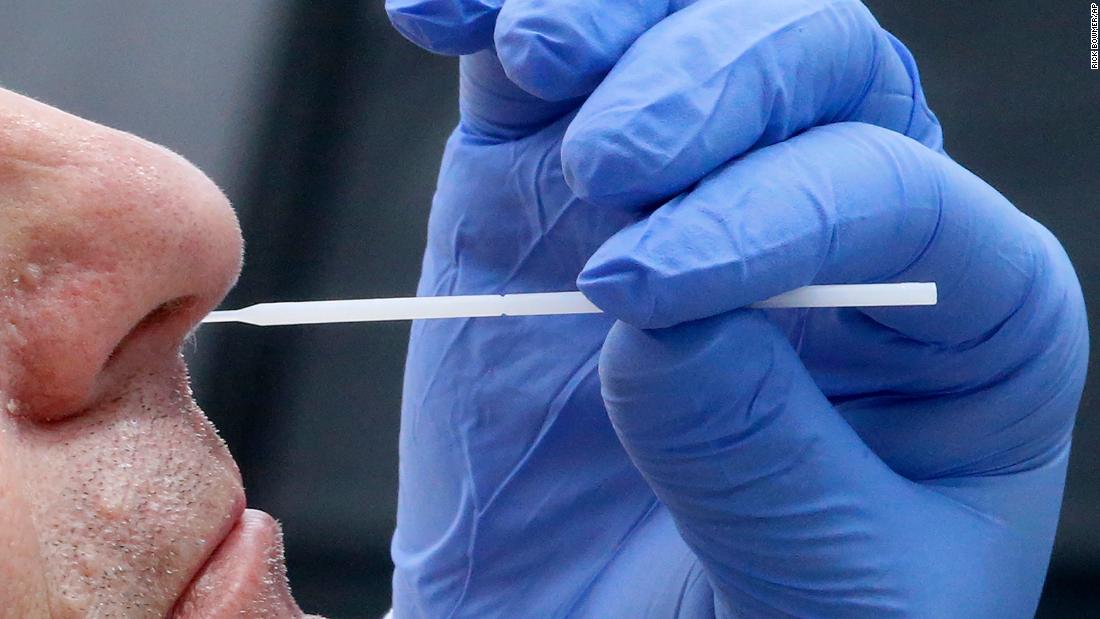 As of Saturday, coronavirus cases were still increasing in 18 states — several of which saw record or near-record highs. In 17 states, the numbers were trending downward, and numbers remained steady in 13 states.

Of the nearly 20 states where numbers surged, Oregon, Nevada, Wyoming, Oklahoma, Alabama and South Carolina recorded an increase of over 50% in the past week as compared to the previous one.

The increase in coronavirus cases in several states is not necessarily a second spike, said Dr. Anthony Fauci, the nation’s top expert on infectious diseases.

“However, when you start to see increases in hospitalization, that’s a surefire situation that you’ve got to pay close attention to,” he said Friday.

Once the epicenter of the pandemic as home to the largest and densest city nationwide, New York state has made a major turnaround.

The number of deaths linked to the virus dropped further in New York as much of the state inches toward fully reopening, Gov. Andrew M. Cuomo said Saturday. The state reported 32 lives lost due to the coronavirus, its lowest number since the pandemic hit. And its Covid-related hospitalizations were at 1,734 on Saturday, the lowest since March 20.

“We’ve done it, we have tamed the beast, we are now 180 degrees on the other side,” Cuomo said.

While New York has made much progress, he said, nearly half of the country has not. He noted that nearly 20 states have experienced surges in coronavirus cases.

“This is a frightening time,” Cuomo added. “We thought that we were past it. Well, the beast is rearing its ugly head. Half the states are seeing an increase. New York is exactly the opposite.”

And in Oregon, Gov. Kate Brown put a seven-day pause on moving forward with reopening in light of a rise in cases that followed loosening of restrictions. “This is essentially a statewide yellow light,” Brown said.

Some of the increased cases may be a result of more testing. The number of new tests reported per day in the country has generally tripled since mid-April, according to data collected by the Covid Tracking Project.

“We now know that this disease has a high degree of asymptomatic spread, which is why we encourage people to wear face coverings,” US Surgeon General Dr. Jerome Adams told Detroit TV station WJBK.

Most Americans are following guidelines

While the pandemic shows no signs of slowing down, the good news is most Americans have been following guidelines on ways to combat it.

Close to 80% of Americans surveyed nationwide said they had self-isolated last month, according to a CDC report released Friday.

Nationwide, 74% of those surveyed said they wore face coverings in public either always or often.

And 84.3% of those surveyed believed their state’s mitigation strategies were the right balance or even not restrictive enough, the survey team, led by the CDC’s Michael Tynan, said in the agency’s weekly report.

“Most adults reported they would not feel safe if government-ordered community mitigation strategies such as stay-at-home orders and nonessential business closures were lifted nationwide at the time the survey was conducted, although a minority of these adults who did not feel safe wanted these restrictions lifted despite the risks,” the team concluded.

CNN’s Jason Hanna and Madeline Holcombe contributed to this report.