US coronavirus: Some state leaders move toward reopening while death toll nearly doubles in a week 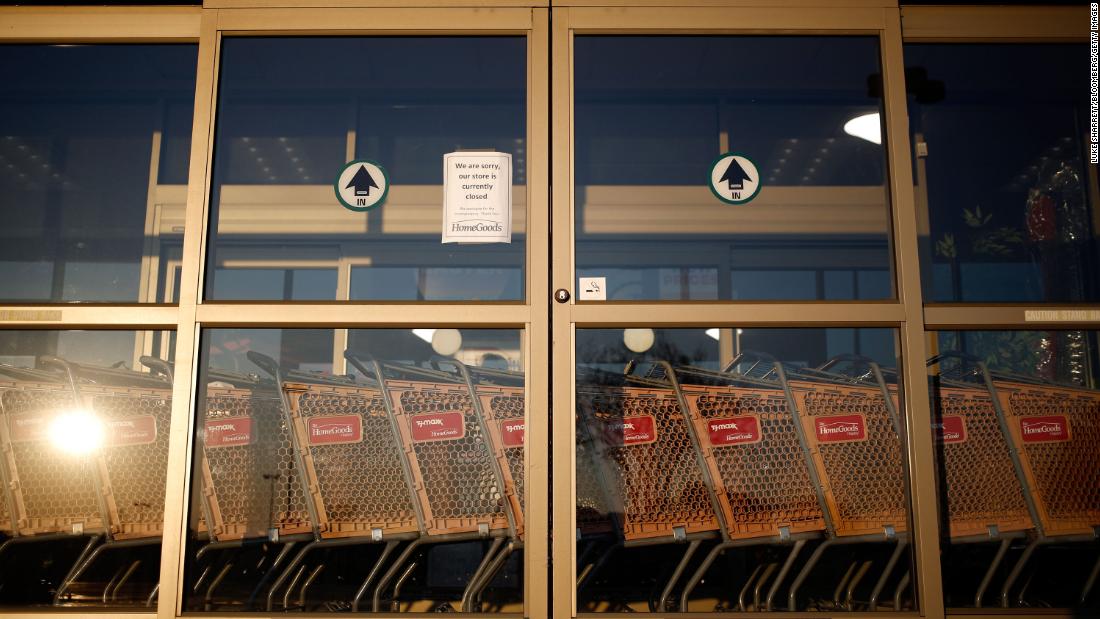 More than 787,900 Americans have been infected with the virus. At least 42,364 have died, about an 80 percent increase from the total death toll a week ago.

In Georgia and South Carolina, governors announced they’ll ease restrictions this week despite neither meeting White House recommendations of a two-week downward trend in cases before lifting measures.

Meanwhile, Rhode Island Gov. Gina Raimondo, whose stay-at-home order expires May 8, said cases are still on the incline — and before lifting restrictions, she said the state would have to hit some milestones, including a continuous decrease in cases and an ability to support vulnerable populations.

Leaders are at odds within states too. In Florida, where beaches in Jacksonville re-opened last week, the mayor in Miami-Dade County said that wasn’t happening in his jurisdiction any time soon.

Mayor Carolos Gimenez said reopening the county will be determined by medical experts and when that time comes, it will require social distancing, face coverings and groups of no more than 10 people — with those regulations enforced by police.

It’s not just the US — nations across the world are grappling with how to safely move forward. To do so effectively, countries should be able to diagnose and track coronavirus cases with sufficient testing, World Health Organization Director-General Tedros Adhanom Ghebreyesus said Monday.

“Ending the epidemic will require a sustained effort on the part of individuals, communities and governments to continue suppressing and controlling the virus,” Tedros said. “So-called lockdowns can help to take the heat out of a country’s epidemic, but they cannot end it alone.”

Countries will need to come together, both on a national and global scale to overcome the pandemic, he said. Without that solidarity, “the worst is yet ahead of us,” Ghebreyesus said.

Which states are moving toward reopening

On Monday, Georgia Gov. Brian Kemp said certain businesses — including bowling alleys, body art studios and hair and nail salons — will reopen this week. Mayors in the state were left baffled by the announcement.

“We see our numbers are continuing to tick up in this state, we see that our deaths are rising. We have some of the highest asthma rates in the country right here in Atlanta,” Atlanta Mayor Keisha Lance Bottoms said. “Our governor often defers to local control and I wish that this were an instance that he deferred to local control.”

The decision came days after the White House released a three-part guide on reopening economies — saying states could begin the first phase after seeing a 14-day continuous decline in cases.

Last week, more than 5,700 new coronavirus cases were reported in Georgia, down about 6 percent from the week before, but still higher than the week that ended April 5, when fewer than 3,800 new cases were reported. The numbers are based on data collected by CNN and Johns Hopkins University.

“I am beyond disturbed,” Savannah, Georgia, Mayor Van Johnson said. “We still have not done expanded testing and we do not have the 14-day decline.”

In South Carolina, Gov. Henry McMaster allowed some businesses — such as book stores, flower shops and flea markets — to reopen Monday afternoon, even as the state’s leading epidemiologist announced the state had not seen a two-week downward trajectory.

Tennessee Gov. Bill Lee also announced the state’s vast majority of businesses will be allowed to reopen on May 1. Some businesses may be able to reopen as soon as Monday, the governor said. At least 7,238 residents have contracted the virus and 152 have died.

In Alaska — with at least 321 cases and 9 deaths — Gov. Mike Dunleavy announced he intends to relax some of the state’s restrictions this week, allowing some businesses — such as restaurants and hair salons — to reopen.

“We’re going to try to do everything we can to move Alaska back and get Alaskans back to work,” Dunleavy said.

Dunleavy said restaurants would be required to allow only members of an immediate family to sit together and may have to take reservations in order to ensure that social distancing can be maintained.

Testing machines are there but supplies missing

Testing capacities are key in reopening, as many health officials have highlighted. In recent days, the White House has reassured the nation states have the needed testing capacity — but that doesn’t give the full story, according to some state leaders.

“The problem is there’s a big difference between testing capacity and getting testing results,” Illinois Gov. J.B. Pritzker said. “What’s the big difference? All those things in between that you need, like swabs, and viral transport medium and RNA extract or reagent.”

“Then you’ve got to run those machines with lab techs, and if you’re going to run them 24/7 that’s three shifts. “

Pritzker said Illinois and other states may have the capacity but still need supplies to run the tests and the ability to staff them.

“Especially in light of the situation we have with hotspots, in order to adequately address those and aggressively go after situations like that I have to have the supplies available,” she said.

The state is continuously working with the administration, outside sources and private suppliers to secure supplies, she added.

In New York, Gov. Andrew Cuomo has offered glimmers of hope for residents after announcing the state had likely moved past its peak — but is still far from out of the woods yet.

“The three-day average of hospitalizations is going down, the number of intubations is going down again. That is great news,” he said Monday but added emergency rooms were still at or over capacity in the state. “We have to watch this until we have a medical treatment or we have a vaccine. That’s when this is really over.”

In New York City, the mayor announced Monday all non-essential events were cancelled through June as well. That includes parades, concerts, rallies and any large gatherings.

“You Mr. President are not saying ‘I see your burden I see the fight your waging, let me offer a helping hand, let me save the day by taking that burden off of New York City,'” the mayor said.