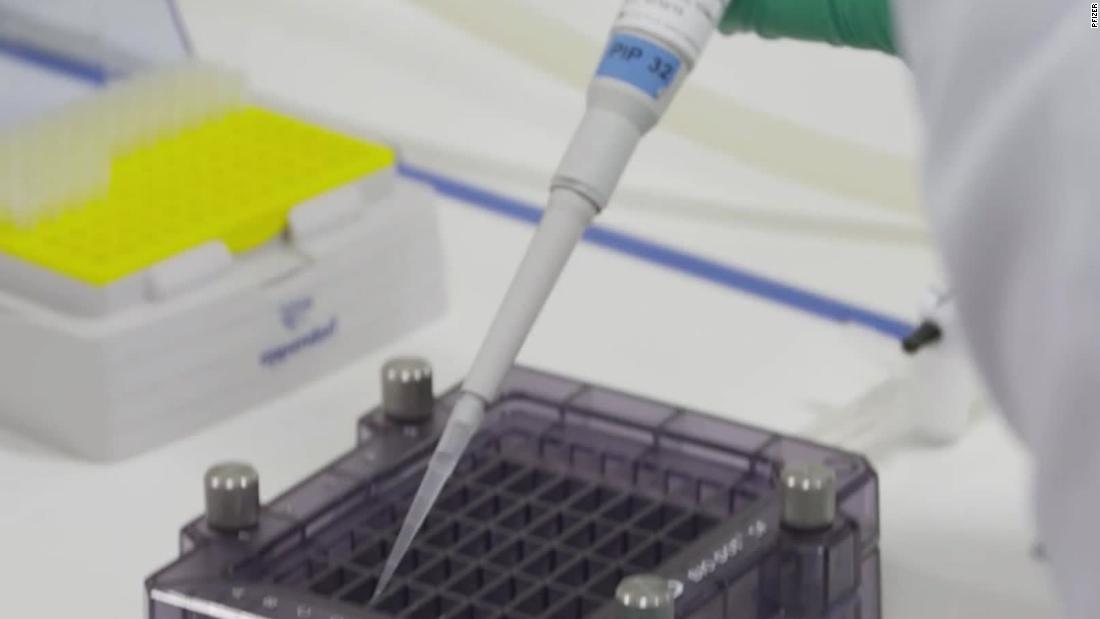 One such candidate is in development by the American pharmaceutical company Pfizer, which announced along with its German partner BioNTech on Saturday they proposed expanding Phase 3 clinical trials to include 44,000 participants and more diverse patient populations, including people as young as 16.

The proposal, which would need approval by the Food and Drug Administration, would allow the companies to collect more data on the safety and efficacy of the vaccine candidate while diversifying the pool of participants.

“I think we should strive to have as more diverse population as possible,” Pfizer CEO Albert Bourla told CBS on “Face the Nation” Sunday, stressing the importance of having a diverse group of volunteers given the heightened impact Covid-19 has had on communities of color.

“But right now we are not bad. Actually, we have a population that globally only 60% are Caucasians, 40%, approximately, minorities,” he said.

Bourla told CBS that there was a “quite good chance” that the team testing the vaccine candidate will know whether it works by the end of October. But when asked if people would have to wait until 2021 to get the vaccine, Bourla said he didn’t know how long it could take for regulators to approve it.

Dr. Anthony Fauci, director of the National Institute of Allergy and Infectious Diseases — which is working on its own vaccine candidate with Moderna — said Friday he remains “cautiously optimistic” that a vaccine will be ready by the end of the year.

But meeting the high demand will present its own logistic challenges, and Fauci said life is unlikely to return to normal before 2021.

“It’s not going to be turning a switch off and turning the switch on,” he told CNN’s Wolf Blitzer. “It’s going to be gradual and I think it’s going to take several months before we get to the point where we can really feel something that approximates how it was normally before Covid-19.”

As of Sunday, more than 6.4 million cases of coronavirus have been reported in the United States, according to data from Johns Hopkins University. More than 193,000 people have died.

The fact that finding a coronavirus vaccine is so critical has led to an accelerated timeline for vaccine development, leading to some concerns over safety.

Earlier this week, nine companies signed a safety pledge promising they would not seek premature approval for a vaccine, and Dr. Fauci has reiterated that Americans should have confidence in the approval process.
There are 35 vaccines in human trials around the world. Eight are in late-stage, large clinical trials as of Friday, per the World Health Organization, including Pfizer’s and a candidate by AstraZeneca and the University of Oxford, which announced its trial would resume in the United Kingdom after being halted last week following an unexplained illness in one of the volunteers — a step experts said is not unprecedented.

“In large trials such as this, it is expected that some participants will become unwell and every case must be carefully evaluated to ensure careful assessment of safety,” Oxford said in a statement.

While many colleges have moved classes online, that hasn’t necessarily stopped students from gathering. And now some college towns are grappling with outbreaks of Covid-19 as the start of the fall semester complicates local responses to the pandemic.

“We are urging students to understand the imperative role that they play in stopping this community spread and, ultimately, saving lives,” said Aaron Stephens, mayor of East Lansing, Michigan, where Michigan State University students were asked to quarantine after the local health department reported 342 new cases among people affiliated with the university since August 24.

“MSU is committed to doing everything we can to prevent the spread of COVID-19,” MSU Physician David Weismantel said. “The safety of our entire community is a priority and we all have a role to play in preventing the spread of the virus.”

Kelly Girtz, the mayor of Athens-Clarke County, Georgia — home to the University of Georgia — told CNN Saturday his city has seen a “dramatic spike” in cases after maintaining lower case counts and death counts throughout the summer. UGA classes began August 20.

“Clearly, it’s the return to campus of large numbers of students who are not here through the summertime,” he said.

Six students at Miami University in Ohio were cited after holding a house party even though at least one of them tested positive for Covid-19, according to police records. The university declined to comment, citing federal privacy laws, but said students would face disciplinary action if they violate quarantine orders or the city ordinance on mass gatherings.