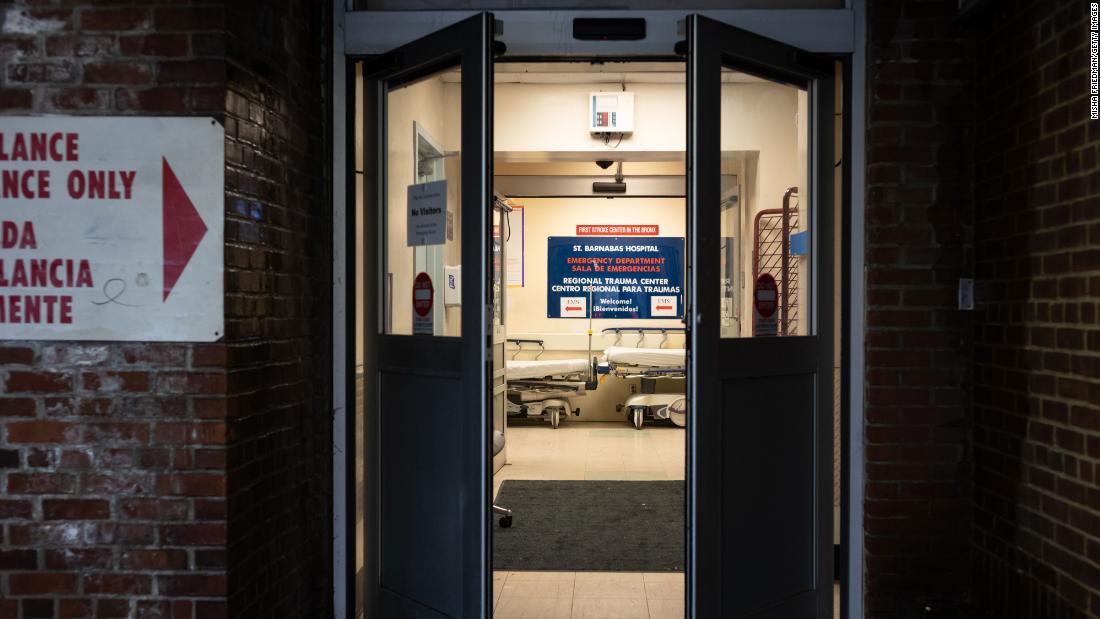 The measures come amid a harrowing disease milestone for the US: the deadliest day yet, with 100 new coronavirus-related deaths reported Monday.

“It’s just going to get worse this week and worse next week,” Dr. Leana Wen, a visiting professor at George Washington University, told CNN Monday night. “How bad it gets depends on the actions that we each can take today.”

Wen’s words echoes the prediction US Surgeon General Jerome Adams made Monday: “This week, it’s going to get bad.”

“We really, really need everyone to stay at home,” he told NBC’s “Today” show.

There were more than 42,660 coronavirus cases in the country Tuesday — with about half in New York. At least 541 Americans have died.

Along with New York Gov. Andrew Cuomo, at least 15 other governors have announced stay-at-home orders in states including Illinois, Louisiana, Ohio, Oregon, Washington state and Hawaii. All 16 orders will be in effect by Wednesday.

“Across the globe we are seeing a growing sense of urgency, and we must all make some sacrifices to break the chain of infections and avert a worst-case scenario,” she said in a statement.

But as city and state leaders have been pushing for more measures to keep residents separated — from shutting down bars to banning public gatherings to keeping everyone in their homes — the President says the country will be up and running again “very soon.”

“America, will again, and soon, be open for business,” President Donald Trump said Monday. “A lot sooner than three or four months that somebody was suggesting. Lot sooner.”

Last week, the White House released guidelines urging Americans to avoid eating at bars or restaurants and skip out on gatherings with more than 10 people.

And despite saying he had no plans for a nationwide quarantine, Trump said the outbreak could last up until July or August in the US. A federal plan obtained by CNN showed the government was preparing for a pandemic that could last for 18 months or longer.

But on Monday evening, the President said “it won’t be that long” until things jump back to normal.

“We… have a large team working on what the next steps will be once the medical community gives a region the okay. Meaning the okay to get going, to get back, let’s go to work” Trump said. “Our country wasn’t built to be shut down. This is not a country that was built for this.”

But health officials have said a lack of powerful measures and residents ignoring directions of social distancing and isolation could result in more sharp increases of cases and hospitalizations that will overwhelm the country’s health system.

“And then to hear the president talk about how we’re going to be scaling back restrictions at a time when we have exponential spread of this disease... it actually sends a confusing message.”

In New York City, the epicenter of the US outbreak, Mayor Bill de Blasio said last week medical supplies in public hospitals would likely last through April. On Monday, he said they may last for another week.

“I can only guarantee … we can get through this week with the equipment and supplies we have,” de Blasio said. “That’s the blunt reality.”

“If we don’t get ventilators this week, we are going to start losing lives we could have saved. I can’t be blunter than that.”

Both de Blasio and Cuomo — along with other governors — have called on the federal government to ensure states will have the supplies they need. Last week Trump said he was invoking the Defense Production Act, which would give him the ability to force factories to produce key equipment and then allocate them as needed. Trump has thus far not ordered American companies under his executive prerogative to scale up production.

“The number of people who we’re going to lose can easily be in the thousands,” Cuomo said. “And God forbid we say, ‘we could have saved them if we had the right equipment.’ That’s what keeps me up at night.”

“It’s a respiratory disease,” he said. “And we’re not getting the ventilators.”

But the problem isn’t unique to New York. Doctors have sounded the alarm on vanishing medical supplies across the country.

When it comes to personal protective equipment, Dr. Jason Halperin of Crescent Care in New Orleans told CNN they were in “urgent need of everything.”

Working in a hospital without that protective equipment, a nurse in a South Texas hospital told CNN, is like “going to war with a water gun.”

“We’re being told that we have to use these until they’re soiled, and if they get to that point we have to show them to our (supervisor).”