US coronavirus: Officials say states like Arizona and Texas reopened too quickly after soaring Covid-19 cases 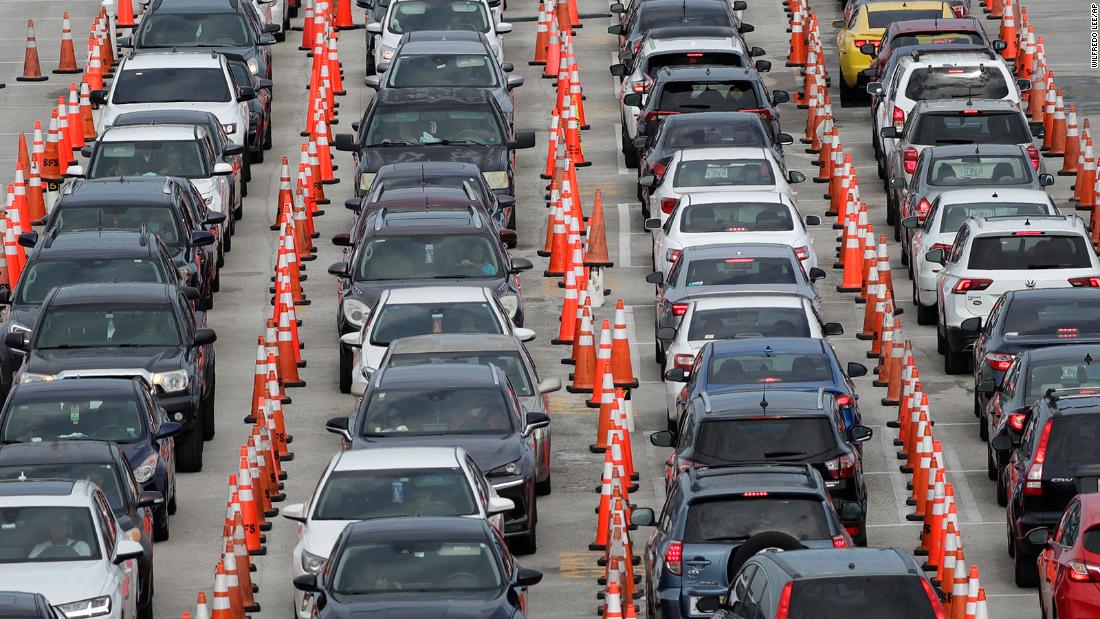 This week marks about two months since many states kicked off their reopening plans — which now officials across the country say came too quickly.

“There’s no doubt … that when we reopened, people started socializing as if the virus didn’t exist,” Miami Mayor Francis Suarez told ABC This Week.

In Texas, which reported its second highest day of new cases over the weekend, a local leader said the state opened “too early, too much,” driving Houston hospitals to surge capacity in recent days.

“Wishful thinking is neither good economic policy, nor good public health policy,” Texas Judge Lina Hidalgo said on ABC’s “This Week” Sunday. “If we had stayed shut down for longer and opened more slowly, we would probably be in a more sustainable place in our economy.”

The announcement came days after the governor himself — who pushed for one of the most aggressive reopening plans in the country — shut bars back down.

“If I could go back and redo anything it probably would have been the opening of bars, now seeing in the aftermath how quickly the coronavirus spread in the bar setting,” Texas Gov. Greg Abbott has told CNN affiliate KVIA.

Phoenix Mayor Kate Gallego told ABC’s “This Week” that her state “opened way too early,” attributing much of the “explosion” in cases to people between the ages of 20 and 44.

These are the states reporting a rise in cases compared to the previous week, according to Johns Hopkins University data:

While Florida emerges as the nation’s top hotspot, a CNN investigation found health authorities often failed to perform contact tracing, which has long been considered a key tool in containing coronavirus outbreaks.

CNN spoke with 27 Floridians — or their family members — who tested positive for the virus and only five said they received a call from health authorities asking for their contacts.

According to the Florida Department of Health, when someone tests positive for Covid-19, the department “conducts an extensive epidemiological investigation in conjunction with the [Centers for Disease Control and Prevention] to identify individuals who may have had close contact with the virus.”

When CNN asked Dr. Anthony Fauci, director of the National Institute of Allergy and Infectious Diseases, how the nation is doing with contact tracing, he answered, “I don’t think we’re doing very well.”

Remdesivir should be reserved for very sick patients, official says

US Food and Drug Administration Commissioner Dr. Stephen M. Hahn said Sunday that the US government intends to “surge remdesivir to the areas that most need it.”

Remdesivir is an antiviral that is the only drug that has FDA emergency authorization for use in treating coronavirus infections.

Hahn said that the country’s remdesivir supply has not run out and is being distributed by the Department of Health and Human Services (HHS).

“The Vice President and I and others were in Florida and this issue came up and we are receiving that feedback and then shipping remdesivir so it’s available for people who need it,” Hahn said.

Last week, HHS announced that it had shipped the final allocation of the antiviral drug, prompting concerns there would not be enough to help states experiencing sharp rises in infections.

The country currently has enough remdesivir if the pandemic doesn’t get any worse, former FDA commissioner Dr. Scott Gottlieb said Sunday on CBS’ “Face The Nation.”

For the supply to last, the drug should be reserved for very sick or hospitalized Covid-19 patients, Gottlieb said.

“But if the epidemic worsens and we want to extend use of the drug to patients who aren’t as ill but have preexisting conditions that predict that they may become very sick, we don’t have enough drug for that and that’s what we would have wanted,” he said.

“We would have had to set the groundwork for that months ago, and we didn’t do that.”