US coronavirus: New York and other hot spots getting longer peaks 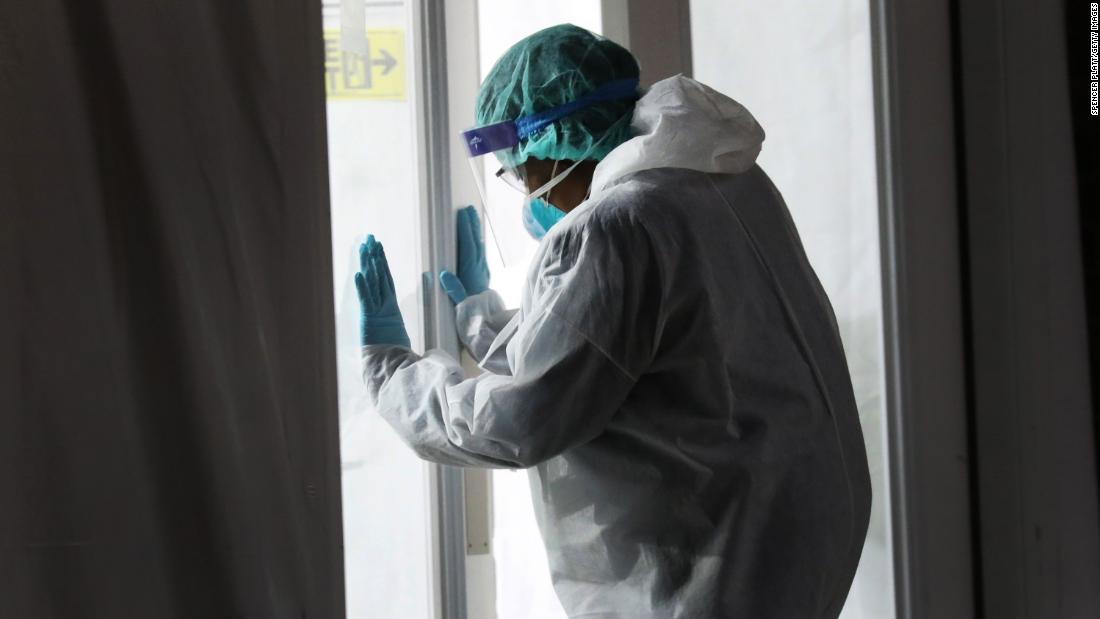 Researchers from the prominent projection model cited by the White House plan to release new data on the pandemic Friday.

Updated projections will show decreasing cases on a national level, but prolonged peaks in hard-hit areas, said Dr. Christopher Murray, the director of the Institute for Health Metrics and Evaluation model.

Americans are social distancing more than expected, even in some states without strong mandates, which factors into the new estimates, Murray told CNN’s global town hall on coronavirus Thursday night.

“We made a big push trying to take into account how people move around, like direct measurement through cell phone data,” he said. “There’s more social distancing across the country than I think we expected. A number of states in the south will have smaller epidemics than expected.”

With the growing social distancing, death rates among confirmed cases in some southern states will come down, which will mean lower national numbers overall, he said.

“Counter balance to that is that places like New York seem to be stuck at the peak for longer than we originally expected,” he added. “… It’s not something that I think anybody expected to see where people would instead of two or three days to peak, they’re spending a longer period and then cases will start to come down.”

While numbers are constantly changing, state officials are starting to plot how to reopen businesses during a pandemic that has killed more than 33,000 people in the US and infected more than 671,000, according to a tally by Johns Hopkins University.

All but seven states have issued stay-at-home orders to limit the spread of the virus and shut down most nonessential businesses.

The top five states with the most cases are mostly in the East Coast — New York, New Jersey, Massachusetts, Michigan and Pennsylvania. New York, the epicenter of the epidemic in the US, has over 223,000 confirmed cases and nearly 15,000 deaths.

Some governors are warning about the dangers of easing restrictions too soon after President Donald Trump unveiled reopening guidelines and said a shutdown is not a sustainable long-term solution.

“We must get this right because the stakes are very high. If we don’t do it right, the consequences are horrendous,” Ohio Gov. Mike DeWine said. “It’s going to be gradual. It’s going to be rolling it out one thing after another.”

DeWine said he’ll coordinate with a bipartisan group of governors from Illinois, Michigan, Wisconsin, Minnesota, Indiana and Kentucky to reopen the region’s economy. Several other regions, including New York and neighboring states, have also teamed up to sync their reopenings.

Governors will make the call on when to reopen their states, Trump said.

“Some states will be able to open up sooner than others. Some states are not in the kind of trouble that others are in,” he added.

The number of new cases is dropping in some states, but health officials have also identified new outbreaks. In New Hampshire, for example, clusters were identified at three long-term care facilities.

The Centers for Disease Control and Prevention is sending teams to eight states to help bolster contact tracing efforts and contain the virus, a federal health official told CNN. Federal health officials will go to New Mexico, Wyoming, Idaho, Alaska, North Dakota, Kentucky, West Virginia and Ohio. Their goal is to expand testing, which is crucial to reopening economies, and ensure those states remain at low levels of transmission, the official said.

Antibody tests are available but no treatment

As the US discusses reopening the country, health officials are focusing on the development of coronavirus tests, treatments and preventative strategies.

There is no specific treatment for Covid-19. Doctors are trying out various drugs and procedures, but it’s still not known if they’ll work.

Trump has often touted hydroxychloroquine as a possible treatment, calling it a “game changer.” But there’s little evidence it’s safe or effective for coronavirus patients. More than two dozen clinical trials are underway in the US and dozens others are being conducted worldwide.

But one drugs appears promising. Patients getting an experimental drug called remdesivir have reportedly been recovering quickly, with most going home in days.

There are currently four antibody tests approved by the Food and Drug Administration. Antibody tests identify whether someone has already been infected with coronavirus and developed antibodies to it. Whether a patient is immune from being re-infected is unclear.

Coronavirus is infecting employees at the nation’s meat processing plants, raising fears of a strain in the food supply.

In Georgia, three employees at a Tyson Foods plant have died from coronavirus and several others are sick or in quarantine, according to the Retail, Warehouse and Department Store Union.

“Workers debone chickens elbow to elbow with no access to masks. They work at speeds of upwards of 80 chickens per minute,” the Union said.

It accused Tyson of delaying distribution of personal protective equipment to workers, implementation of social distancing protocols, protective barriers and staggered start times and breaks. CNN has reached out to Tyson Foods for comment.

And in South Dakota, more than half of the 143 new cases of coronavirus in the state are linked to the Smithfield Foods plant, one of the nation’s largest pork processing facilities, the state’s health department said.