US Coronavirus: More than 20 states report an uptick in new Covid-19 cases after US tops 200,000 deaths 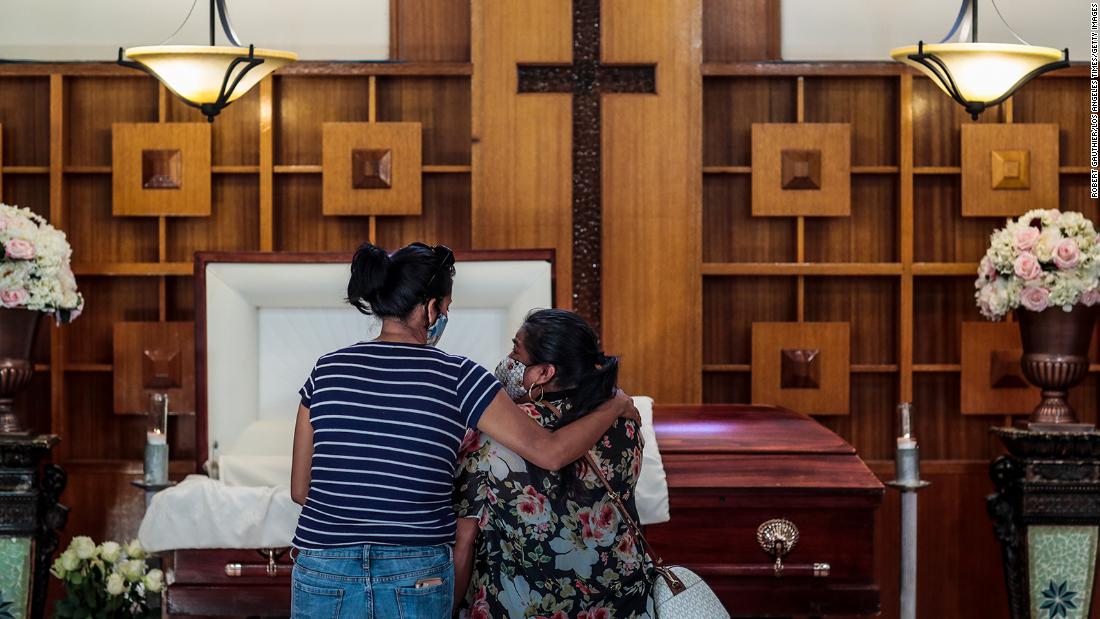 “We’re entering into the fall and into the winter, and that means there’s going to be more indoor things than outdoor things,” Dr. Anthony Fauci said Tuesday during the Atlantic Festival. “Going into that situation, I would like to have seen the baseline of where we are — the daily number of infections — come way, way down, and not be stuck at around 30 to 40,000 per day.”

At least 22 states now report a rise in new cases, most of which are in the country’s heartland and Midwest. That number is a remarkable difference since last Monday, when only nine states were reporting an upward trend in cases. As of early Wednesday morning, seven states reported a decline of new cases, according to data from Johns Hopkins University.

The virus, still running unabated in many US communities, is raising new alarm in states like Kentucky and Wisconsin, which has one of the highest Covid-19 positivity rates in the nation, higher than 16%.

Wisconsin’s governor declared a new public health emergency this week following a surge of cases among young people and issued a new order for face coverings. The state is experiencing ‘unprecedented, near-exponential growth,’ of the pandemic, according to a statement from Gov. Tony Evers’s office.

Kentucky also reported a spike in its Covid-19 positivity rate after several counties saw a surge in cases.

“This virus is deadly, it’s real and it is harming, killing us,” Kentucky Gov. Andy Beshear said during a news conference Tuesday. “And on a day where we’ve lost 200,000 … it looks like cases are back on the rise.”

Covid-19 is now the second-leading cause of death in the US, just after heart disease, according to the IHME.

Still likely months away from an available vaccine, experts and public health officials maintain the best way to hold the virus down is universal mask wearing and social distancing.

How students fare amid a pandemic

The rise in cases also comes after several colleges reported outbreaks on campus and many opted to move classes online. Across the US, more than 59,000 Covid-19 cases have been reported among college students and staff.
In North Carolina, university officials announced UNC Charlotte would resume in-person instruction on October 1 following consultation with local health officials.

The university says it has “de-densified” dorms and given every student an individual room, limited indoor gatherings to 10 people and taken several other steps to control infections.

In Vermont, Middlebury College announced 22 students were barred from the school’s campus following “significant Covid-19 conduct violations” over the week.

The students’ punishment includes having their on-campus housing privileges revoked and they will not be allowed to study, take courses, or visit other students on-campus, Middlebury’s Dean of Students Derek Doucet wrote in a statement.

In hopes of fueling further transmission of the virus with welcoming students back, many school districts across the country also began the new academic year with virtual instruction.

On Tuesday, the Miami-Dade County school board voted unanimously to reopen school buildings no earlier than October 14. A phased opening will begin that day for younger students in Pre-K, kindergarten and first grade and students with special needs. The district’s reopening will be completed by October 21, two weeks later than what was originally proposed by the superintendent.

Miami-Dade is the largest school district in the state and one of the largest in the country, with about 345,000 students and more than 40,000 employees.
The school board’s decision comes after many Florida public schools already reopened their doors last month. Since then, the number of children under 18 who have contracted Covid-19 across Florida jumped 26% by mid-September, state data showed.

Meanwhile, the US Food and Drug Administration is considering new rules for the authorization for a Covid-19 vaccine, according to three sources familiar with the situation.
Calculations show those rules would push a vaccine authorization past Election Day. One source said the FDA is expected to tell vaccine makers that they need to wait two months after giving all their study participants their second doses of the vaccine until they can apply for an EUA.

Pfizer and Moderna, two companies that began Phase 3 clinical trial for coronavirus vaccines in the US, have given second doses to less than half of their participants.

Companies should also begin taking a look at children, who are “stuck in neutral” when it comes to vaccines, a group of physicians wrote in a commentary published Friday.

“Even though things are moving at unprecedented speed for adults and older adults for Covid-19 vaccines, we haven’t yet made inroads to have pediatric trials starting,” said Dr. Buddy Creech, a pediatric infectious disease specialist at Vanderbilt University and one of the authors of the commentary published in the medical journal Clinical Infectious Diseases.

A spokesperson for Pfizer says the company is “working actively with regulators on a potential pediatric study plan.”

And Modern told CNN in a statement the company “shares the urgency” associated with the need at taking a closer look at Covid-19 vaccines for children.

“Now that Moderna has sufficient safety data in adults, we plan to be starting pediatric trials in the near future, subject to regulatory approval.”