US coronavirus: Experts worry about more spikes in the US 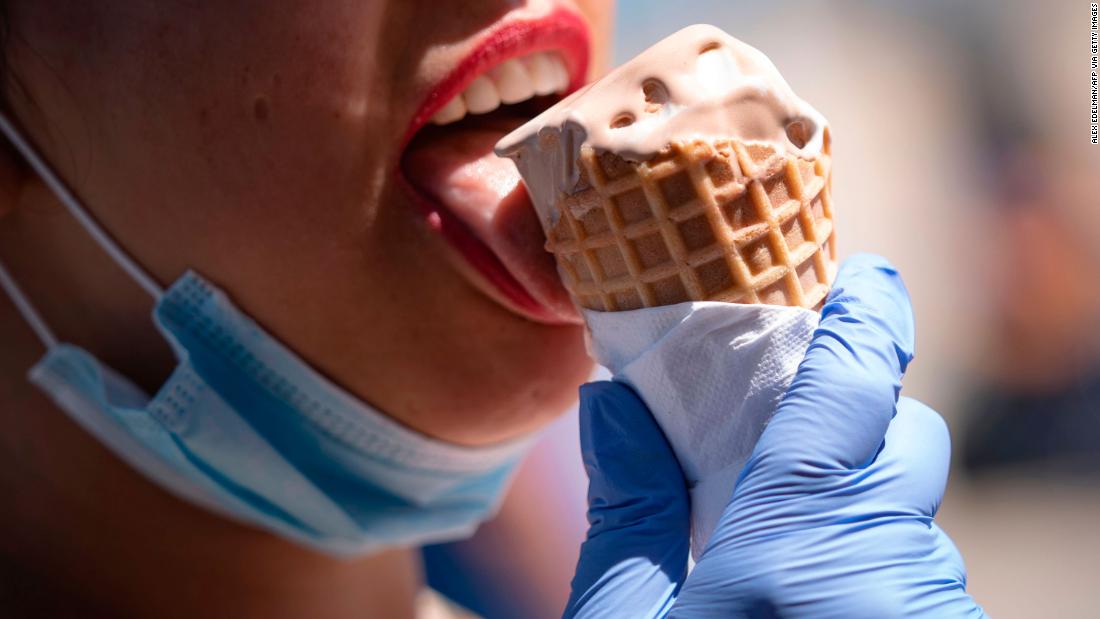 “It looks like America’s opening up,” beachgoer Steve Ricks in Alabama’s Gulf Shores told CNN affiliate WPMI. “There are literally thousands of people out here on the beach, and what I’m really pleased to see is that many of these folks, almost all of them, are doing a great job with social distancing.”

On the same beach, Patricia Patton said she felt safe and she didn’t have to wear a mask.

“There’s nobody that has been near me or in my space at all,” she told the affiliate.

But while snapshots from across the country may look like a return to normal, experts warn the US is still not out of the woods. So far, more than 1.6 million Americans have been infected and over 97,000 have died, according to Johns Hopkins University.

“Even as states and some state officials rush to reopen it’s on us to make smart and safe decisions,” Dr. Seema Yasmin, a former disease detective at the US Centers for Disease Control and Prevention, told CNN Saturday night. “If you … look at the numbers, you’ll see that on Thursday more than 20,000 Americans were infected … Just yesterday, that number went up and there were more than 24,000 Americans newly diagnosed with Covid-19.”

States such as North Carolina and Arkansas are seeing major spikes, Yasmin said.

Some states raise more concern than others

On Saturday, North Carolina reported its highest single-day increase of new coronavirus cases, just a day after the state rolled into its second phase of reopening. In Arkansas, Gov. Asa Hutchinson said after a “deep dip” in cases, the state now seemed to be experiencing a “second peak.” That rise is in part because of more widespread testing, Hutchinson said.
Yasmin’s warnings echo concerns shared by senior military leaders last week who said the threat from the coronavirus is still high. They stressed they’re preparing for a second wave.
There were still a high number of new positive tests coming out of places such as Virginia, Maryland, the District of Columbia, Nebraska and Illinois, said Dr. Deborah Birx, the White House coronavirus task force coordinator.
Coronavirus: You asked, we answered

Texas beaches also saw crowds over the weekend after bars were allowed to reopen Friday with restrictions.

In Austin, crowds were having drinks into Saturday morning, Taylor Blount told CNN. Several images he posted to Twitter showed one street teaming with people in the night.

Texas is one of a handful of Southern states at risk of seeing a rapid surge of new coronavirus cases in some areas, according to a new outbreak predictions model.

That model predicts that Harris County, which includes Houston, could see more than 2,000 daily cases by June.

“We’re not equipped to handle that type of surge,” Houston Mayor Sylvester Turner told CNN’s Wolf Blitzer on Saturday. “We can take about 200 cases a day, for example, with contact tracing and we’re building up that program.”

“I’m worried,” he said. “The virus is still here. There are still people who think it’s a joke and it’s not a joke. Things have opened up. We’re in stage two in the state of Texas so bars, restaurants, barbershops, you name it, are now open. So (we’re) nervous but we’re going to do everything we can to manage the virus.”

The Miami area and parts of Alabama and Tennessee are also poised for sharp upticks, according to the study.

In New York, the city’s police force announced it lost a 43rd member due to complications of the virus.

More than 5,700 members of the department have tested positive for the virus.

The state is on track to reopen its eighth region this week, the governor said Saturday.

Meanwhile, researchers are encouraged after a study appeared to show patients who receive transfusions of antibody-filled convalescent plasma seem to fare better.

The study hasn’t been peer-reviewed or published in an academic journal but researchers said the findings are a good sign for the plasma therapy, which is derived from the blood of recovered coronavirus patients.

“We are encouraged that our initial assessment offers evidence in support of convalescent plasma as an effective intervention,” said Dr. Nicole Bouvier, an associate professor at the Icahn School of Medicine at Mount Sinai and a co-author on the study.

But more studies are needed to confirm the findings, the researchers said in a statement.