US coronavirus deaths double to over 2,000 within two days 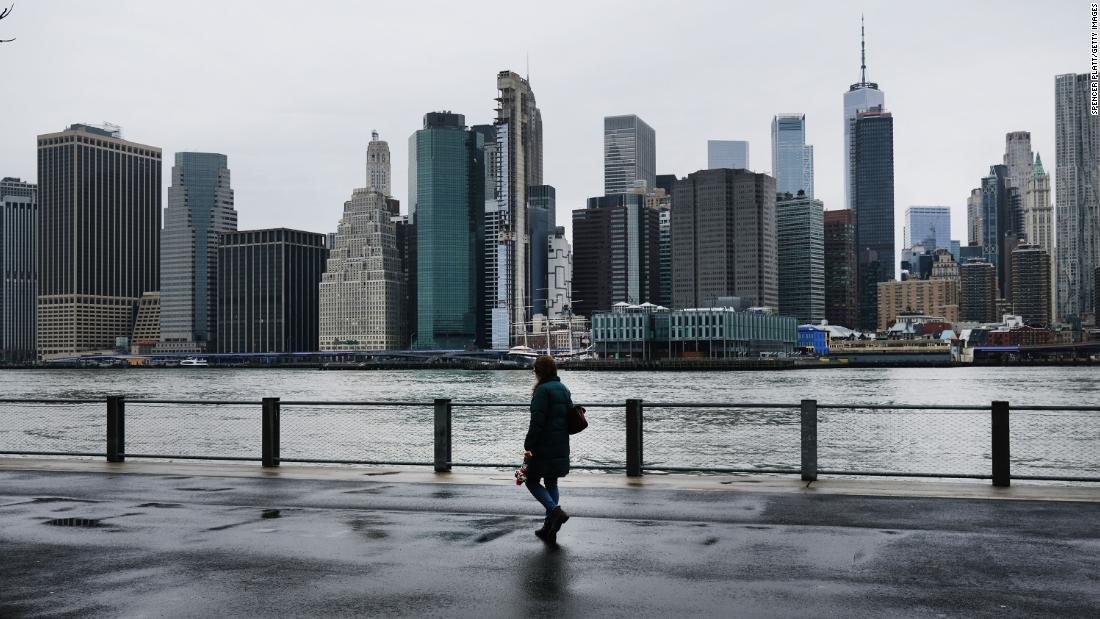 It took about a month from the first report of a coronavirus death on February 29 to the number reaching 1,000 on Thursday. By Saturday, the number of reported deaths had doubled to 2,000.
The Centers for Disease Control and Prevention issued the travel advisory Saturday, urging residents of the three states to “refrain from nonessential domestic travel for 14 days effective immediately.” The states would have “full discretion” on implementing the advisory, which exempts employees in critical fields.
With more than 121,000 cases and 2,043 deaths nationwide, the three states make up more than half of the cases and nearly half of the deaths.
President Donald Trump had contemplated issuing an enforceable quarantine for parts of those states, then later said it will not be necessary. New York Gov. Andrew Cuomo told CNN on Saturday that Trump’s suggestion of a two-week enforceable quarantine within the three states was not legal or plausible.
Tracking coronavirus cases in the US

More than two thirds of the US population face restrictions

As of Saturday, at least 215 million Americans were under various stay at home or shelter in place orders, according to a CNN count based on census data. By Monday, that number will reach 225 million, meaning more than two thirds of the country’s population will be facing those restrictions.

Cases of young adults developing severe illnesses have been more widely reported, but children were thought to be avoiding the harshest effects.

On Saturday, state officials reported the death of an infant under age 1 who tested positive for coronavirus and is believed to be the youngest person to die of the virus in the United States.

An investigation is underway to determine the cause of death, the Illinois Department of Public Health said.

A push for medical supplies grows

Trump approved four more emergency hospitals in New York. The facilities in Brooklyn, Queens, Staten Island and the Bronx will provide 4,000 beds, along with 1,000 beds at a temporary overflow hospital that will open Monday and an additional 1,000 beds on the USNS Comfort set to arrive in New York the same day, Cuomo said.

But officials believe the state will need 140,000 beds when it reaches the apex of the pandemic in 14 to 21 days, Cuomo said.

The administration will also facilitate the production or acquisition of “100,000 additional units” of ventilators over a 100-day period, Trump said.

“Maybe we won’t even need the full activation,” said Trump of the Defense Production Act, which he invoked Friday. “We will find out, but we need the ventilators.”

Large corporations are also stepping up to feed the supply gap. New Balance announced Friday on Twitter that its US factories will work on developing, manufacturing and delivering facial masks to hospitals. The same day, Delta Air Lines announced it will fly medical professionals for free to areas significantly impacted by coronavirus.

Police and nurses are falling ill

Those charged with treating patients and maintaining order are feeling the affects of the pandemic as well.

The shortage of personal protective equipment drove a group of New York nurses to protest outside the Jacobi Medical Center on Saturday, demanding the supplies to do their jobs safely.

“If we get sick, our patients will get sick. This is for our entire community,” said Kelley Cabrera, a registered nurse. “If you look at what we are wearing in comparison to others countries, it’s unacceptable.”

The medical center said that although the staff has adequate supplies, there is a nationwide shortage and conservation measures are in place.

Meanwhile, 12 nurses at the University of Illinois Hospital have tested positive for coronavirus, the state’s nursing association said.

In New York City, the police department lost its first detective to Covid-19, marking the third death of an NYPD employee to the disease. It has infected at least 696 employees of the New York Police Department.

CNN’s Dakin Andone and Alta Spells contributed to this report.