US coronavirus: Crowded parties and Covid-19 concerns keep high schoolers from returning to the classroom 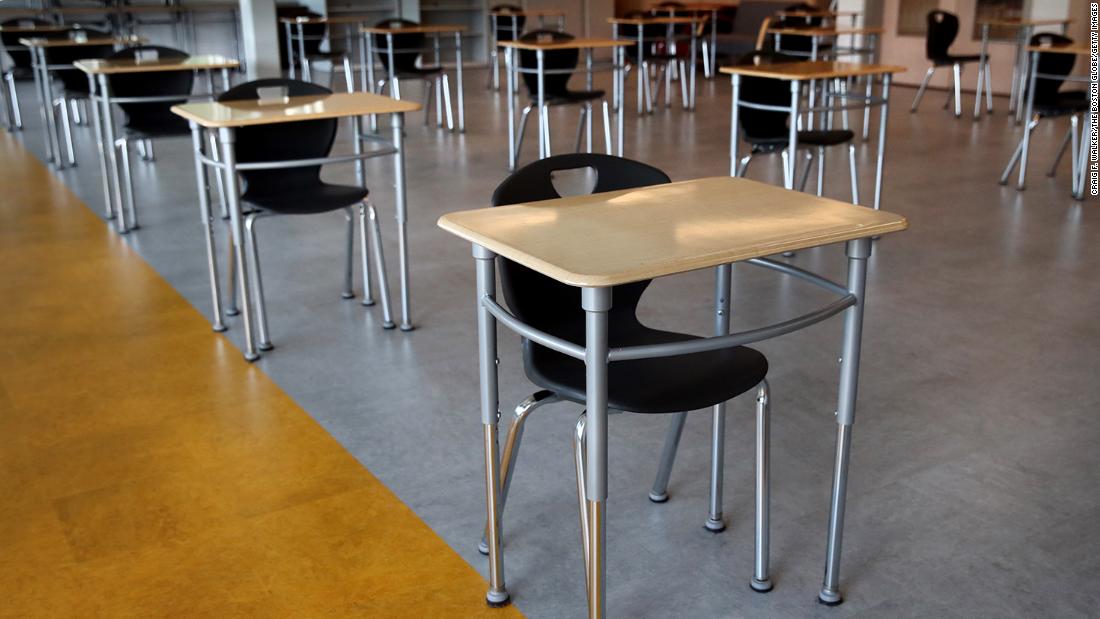 Two of those schools are in Massachusetts, which is reporting fewer cases than last week, and New York, which has maintained an infection rate less than 1% for 38 days. Although the states’ numbers are promising, experts have warned that people attending large gatherings are a serious threat to managing the spread of the virus that has infected more than 6.5 million and killed 194,536 people in the US. Student parties have already sent colleges and universities scrambling to manage outbreaks, and now high school administrators are working to avoid the same.

A crowded student party “that involved alcohol and complete lack of safety precautions” pushed Lincoln-Sudbury High School outside of Boston to go back to remote learning the first two weeks of school, a letter from the superintendent said. And Pelham High School in Westchester, New York, has also extended online learning after two nights in a row of students partying in the woods, the school district announced.

But students’ social lives are not the only cause for concern. The president of the United Federation of Teachers said Monday that New York City is “not making the grade” when it comes to enacting the safety measures needed to reopen schools for in-person learning.

“If you asked me if we are ready to open today, I would say we are not,” he said.

Schools plan ahead for safe reopenings

As several schools make last minute changes to their plans in response to parties, others are implementing systems ahead of time to respond to changes in the virus.

Kentucky officials outlined a color-coded system Monday to help individual districts determine every week if they should continue with in-person learning based on coronavirus levels in their area.

And though students in the Los Angeles Unified School District are still learning remotely, a “report card” will show the number of cases in each school as part of the district’s testing and tracing endeavor, superintendent Austin Beutner said Monday.

To address childcare concerns, about 3,000 children of essential workers will be able to return to school in groups of six after being tested for the virus, Beutner said.

States cracking down on large gatherings

Some states are doing their part to curb the spread and limit the number of fall and winter infections by cracking down on large gatherings.

Officials from New York City Parks and New York University are patrolling Washington Square Park and encouraging personal protective equipment use after two back to back weekends of parties with NYU students.

After the first weekend gathering, Gov. Andrew Cuomo criticized the city’s police and the university officials for not taking firmer action to stop the parties.

In the face of possible fall and winter resurgence, Pennsylvania Gov. Tom Wolf’s office is appealing a federal court ruling that keeps the state from banning certain types of large gatherings. The state has instituted measures against indoor gatherings of more than 25 people and outdoor events with more than 250 people to stop the spread of coronavirus.

The action is used by many governors across the US, said Wolf’s press secretary Lyndsay Kensinger, and continues to “save lives in the absence of federal action.”

Connecticut has also had ordinances in place to prohibit large gatherings and require face masks in the time of coronavirus, but now law enforcement will have the authority to impose fines to enforce them, Gov. Ned Lamont announced Monday.

With young populations raising concerns as a potential vehicle for the virus’ spread, they also are increasingly becoming infected at a higher rate.

In Pennsylvania, the infection rate among 19 to 24-year-olds has increased by an average of 19% since April, the state’s Health Secretary Dr. Rachel Levine said during a press conference Monday.

One of the biggest differences that could explain the jump is the increased congregating that comes with returning to school, Levine said. She asked that students continue washing hands, wearing masks, avoiding crowds and distancing.

Since the outbreak of the pandemic, nearly 550,00 children have been diagnosed with coronavirus, according to the American Academy of Pediatrics and the Children’s Hospital Association. Over the past two weeks, there was a 15% increase in child cases, the group said in a weekly report, though it appears the severe illness from the virus is still rare.