US coronavirus: Country returns to 1,000 deaths in a day and officials warn pandemic will only get worse 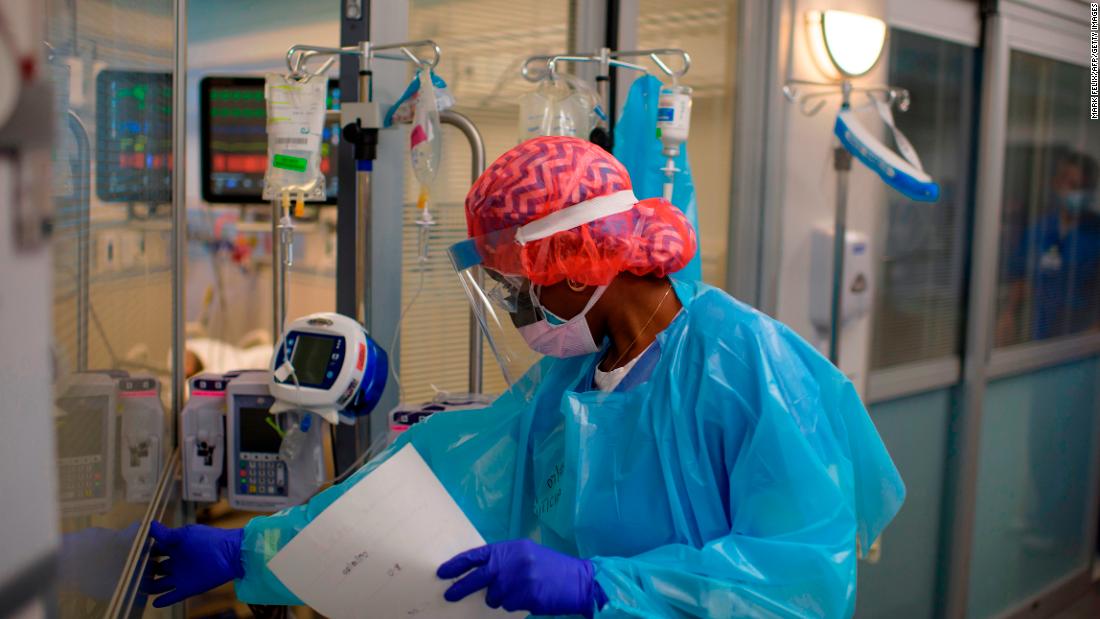 The harrowing death toll comes as states across the country report record-breaking numbers of new cases. More governors are making masks a requirement as overwhelmed testing labs and hospitals are raising alarm. And officials are debating whether to send children back to school.

According to data from Johns Hopkins University, a quarter of all days this year have seen a US death toll exceeding 1,000.

Experts say the virus is now running rampant within American communities, and new data from the US Centers for Disease Control and Prevention also show infections could be more than 10 times higher than the number of reported cases in some parts of the US. At least 27 states have hit the pause button on their reopening plans or set new restrictions to help curb the spread of the virus.
Last week, CDC Director Dr. Robert Redfield said the fall and winter will likely be “one of the most difficult times that we experienced in American public health.”
Your coronavirus questions, answered

Where cases are surging

While some US leaders, including the President, have pinned the spike in coronavirus numbers on increased testing, it’s actually the prevalence of the disease that’s causing cases to climb.

A CNN analysis of testing data from the Covid Tracking Project reveals that the positive test rate — indicated by the average number of positive test results out of 1,000 tests performed — has increased significantly in many states that have seen the largest increases in new cases in recent weeks, including Florida, Arizona, Texas and Georgia.

But Florida Gov. Ron DeSantis said Tuesday the state is on the “right course” in the fight against the virus.

“We are on the right course, I think we will continue to see improvements, we just have to, particularly Floridians, have to continue doing the basic things,” the governor said.

Over the weekend, nearly 50 hospitals across the state reported no ICU beds were left. The ICU bed availability statewide stood at about 15.98% on Tuesday, down from about 18.1% Monday.

California, the first state to shut down months ago, has now become a coronavirus hotspot, surpassing New York with the most coronavirus cases in the nation. Earlier this month, the governor shut down bars and indoor operations for restaurants and other businesses hoping to limit social gatherings in enclosed spaces.

In Los Angeles, the number of daily hospitalizations hit a new high for the fourth time in a week Monday, according to officials. Los Angeles County officials said Tuesday young people were driving the spread of the virus, with 57% of new cases reported in people under 41 years old.

“The tragedy of what we are witnessing is that many of our younger residents are interacting with each other and not adhering to the recommended prevention measures,” Dr. Barbara Ferrer, the county public health director, said in a statement.

Los Angeles Mayor Eric Garcetti told CNN earlier this week he was on the “brink’ of issuing another stay-at-home order for the city, urging residents to avoid gatherings.

Why it’s now hard to control the spread of Covid

With the high transmission levels of the virus, traditional contact tracing — which health officials once said would be key in controlling the spread of the virus if cases were at manageable levels — has now become “impractical and difficult to do,” California Health Secretary Mark Ghaly said.

The state is working to refine strategies and continue to work with counties to build up their “tracing army,” but Ghaly warns that “even a very robust contact tracing program will have a hard time reaching out to every single case.”

Contact tracing is now harder all over the nation while testing results take days, according to the country’s leading expert on infectious diseases, Dr. Anthony Fauci. Quest Diagnostics, a leading commercial testing lab, said in a news release Monday that for some patients, testing results can take up to two weeks.

“The time frame from when you get a test to the time you get the results back is sometimes measured in a few days,” Fauci said Tuesday.

“If that’s the case, it kind of negates the purpose of the contract tracing because if you don’t know if that person gets the results back at a period of time that’s reasonable, 24 hours, 48 hours at the most … that kind of really mitigates against getting a good tracing and a good isolation.”

But challenges to control the spread also arise from ongoing debates surrounding face coverings. While at least 39 states have some time of mask requirement now in place, there are many leaders across the country who have resisted making masks mandatory.

In Georgia, Gov. Brian Kemp sued Atlanta Mayor Keisha Lance Bottoms last week over her decision to mandate masks in the city. Citing Georgia’s situation, Sen. Elizabeth Warren appealed to the CDC director this week to request that the agency use its powers to implement and expand mask mandates.

Iowa City Mayor Bruce Teague made masks a requirement in public places and in outdoor places when social distancing isn’t possible, defying the state’s governor who says cities have no authority to put mask mandates in place.

“The scientific data and evidence is clear. Face coverings and masks are a safe, effective way to get case numbers down,” the mayor said.

With the continuing spread, if you don’t already know someone infected with Covid, officials have said that’s likely to change in the coming weeks as the country’s infections keep rising.

More than 150,000 Americans will die from the virus by August 8, according to an ensemble forecast published by the CDC.

The future of the pandemic in the country will also help determine what school will look like.

President Donald Trump has said he’s pressuring governors to reopen schools in a push to reopen the country. But parents and educators have protested a return to class saying that while children may not get as sick from the virus, they can still contribute to transmission.

And several districts across the country have announced they’ll only hold virtual classes for at least the first several weeks of the upcoming semester.