US coronavirus: Colleges in all 50 states report infections 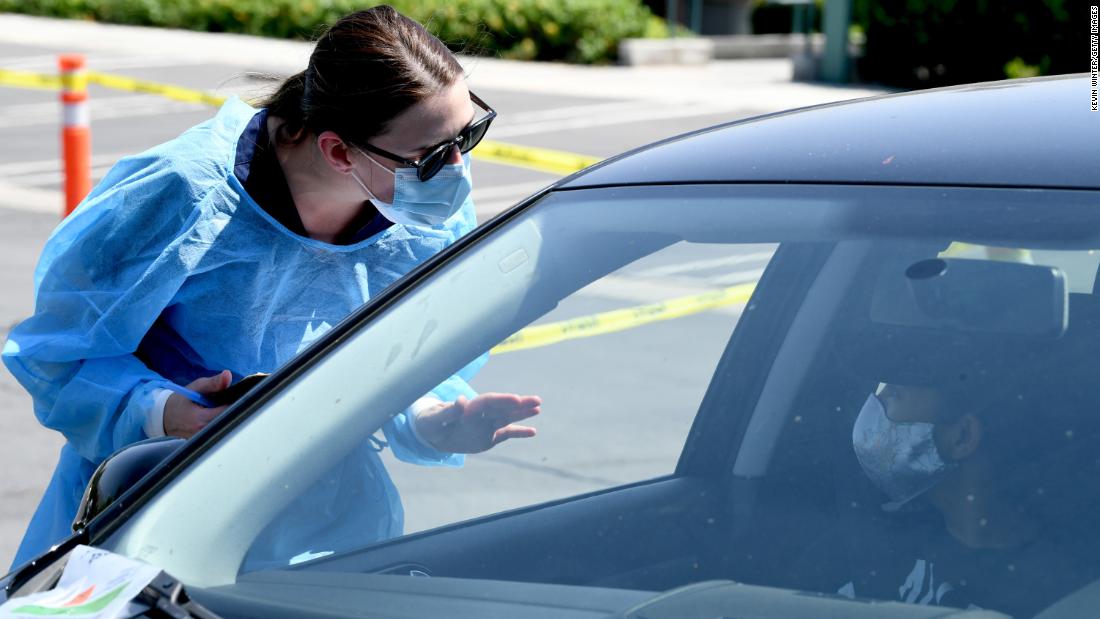 There have been more than 40,000 cases of Covid-19 among students, faculty and staff at colleges and universities nationwide. The number represents cases that CNN has reported so far — and is likely higher due to a lag from schools that update their data every few days.
With social life trickling back to life on campuses, coronavirus outbreaks have hit places students congregate such as fraternities and sororities, where some have continued to gather despite remote learning.
A cluster of Covid-19 cases was linked to a fraternity party at the University of New Hampshire last weekend. More than 100 people attended the August 29 party and few wore masks. Eleven people connected to the party have tested positive for the virus, university officials said.

At Indiana University Bloomington, county health officials ordered 30 sorority and fraternity houses to quarantine last week following what campus officials have described as an “alarming increase” of positive Covid-19 tests within the houses.

The school directed Greek houses to suspend all in-person activities until at least September 14. It’s also recommending students in sorority and fraternity houses reevaluate their living situations due to the cluster outbreaks.

“IU’s team of public health experts is extremely concerned that Greek houses are seeing uncontrolled spread of Covid-19,” the university said in a statement. “This poses a significant risk to the nearly 2,600 students currently living in Greek or other communal housing organizations, as well as to the other 42,000 IU Bloomington students, the campus’s 12,000 faculty and staff, and the surrounding community.”

And the University of Wisconsin-Madison is directing all undergraduate students to restrict their movements for the next two weeks in an attempt to reverse the rise in Covid-19 cases.
In a memo to students, faculty and staff this week, Chancellor Rebecca Blank called on students to severely limit in-person interactions and stay in their residences except for essential activities. The university directed nine campus fraternities and sororities with off-campus live-in houses to quarantine for at least 14 days.

“We’ve reached the point where we need to quickly flatten the curve of infection, or we will lose the opportunity to have campus open to students this semester, which we know many students truly want,” Blank wrote.

While most students will likely recover, health experts have expressed concern that young people would spread the virus to the more vulnerable in their communities.

US may have hit 6.4M coronavirus cases in April

The number of confirmed coronavirus cases in the US was greatly undercounted mostly due to a lack of testing, a new study shows.

The case tally in the US does not “capture the total burden of the pandemic” because testing has been restricted to those with moderate to severe symptoms due to limited availability, according to researchers at the University of California Berkeley School of Public Health.

The report was published in the journal Nature Communications. It says the US may have experienced over 6.4 million cases of Covid-19 by April 18. At the time, there were 721,245 confirmed cases, the researchers said.
As of Thursday, there were more than 6.3 million coronavirus cases reported and over 190,000 people dead nationwide, according to Johns Hopkins University.

“We know that in the US, earlier on in the epidemic, the people who were getting tested had moderate to severe symptoms,” said Jade Benjamin-Chung, one of the study’s co-authors and a professor of epidemiology and biostatistics at Berkeley Public Health. “And we know that since then, we have a larger number of asymptomatic people who are affecting the total number of infections but may not be included in confirmed case counts.”

The findings support previous statements by the Centers for Disease Control and Prevention that indicate the number of cases in the country is far greater than thought. In June, CDC Director Dr. Robert Redfield said testing likely missed 90% or so of cases.

A doctor is expressing his fury over revelations that President Donald Trump downplayed the deadly threat from coronavirus early in the pandemic.

In a series of interviews, Trump told investigative reporter Bob Woodward that he downplayed the danger because he didn’t want people to panic.

“I’m furious because you want to talk about panic and wanting to reduce panic — I think of the panic of every single family I called on FaceTime to let them know their family member was dying or had died,” Spencer told CNN’s Anderson Cooper. “And I think about that multiplied by 190,000 times around this country.”

Spencer, an Ebola survivor, worked in the trenches in New York City when as many as 800 people a day were dying from Covid-19 in the city last spring.

“As a frontline provider, I’m furious because many of those steps didn’t need to happen if we took the steps earlier on and got prepared like we needed to, and the President clearly knew we needed to,” Spencer said. “As a public health official, I’m furious because this is just another instance from the outset from a President who has undermined public health professionals, has contradicted our messaging.”

It’s “almost impossible” for health professionals to keep up with and correct the President’s misinformation, he said.