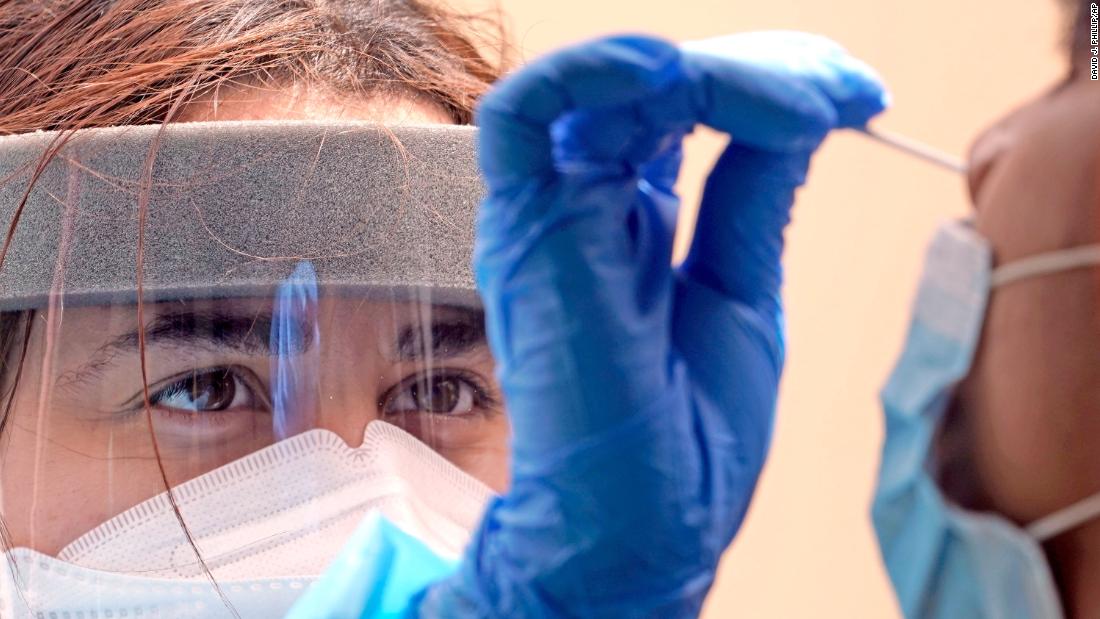 “We know people are tired of being cooped up at home … but cases surged after Memorial Day,” said Dean Sidelinger, the Oregon state health officer. “We don’t want the same thing to happen over the Independence Day holiday.”

The Fourth of July weekend could be the “perfect storm” for a spike in coronavirus cases, said Dr. Joshua Barocas, an infectious disease physician at Boston Medical Center.

Keep bars closed for schools to reopen in the fall

The virus has killed about 128,000 people and infected more than 2.6 million nationwide, according to Johns Hopkins University.

With the surging number of new cases, quick actions now will determine what happens in the next few months, experts said. If governors want schools to reopen in the fall, they have to contain the amount of coronavirus in their communities now, Dr. Ashish Jha told CNN’s Jake Tapper.

“When they understand the choices in stark terms — schools this fall or bars now — those are your choices … I think more and more governors, even in places that aren’t having large outbreaks, are realizing that maybe we can avoid bars in the summer and fall, if that gives us a better shot at getting schools open this fall,” said Jha, the director of the Harvard Global Health Institute.

“The single biggest determinant of whether we’re going to be able to open schools and keep schools open is how much virus there is in the community,” Jha added. “So when I look at large parts of the country right now, and think if that’s the level of virus we have going into September, we’re not going be able to keep schools open.”

To do that, officials have to go beyond keeping some public sites closed.

“You can’t have bars and gyms open. I’m not sure you have restaurants open. You’ve got to have mandatory mask-wearing and you’ve got to push on surveillance, testing, tracing — all the stuff we’ve been talking about,” Jha said.

The virus shows signs of resurgence

As new cases rise and states rethink reopenings, some areas that had made progress against the virus are showing signs of resurgence.

California was one of the first states to shut down with some of the most stringent measures. On Wednesday, it reported 9,740 new cases — a number that included over 3,800 previously unreported cases from a five-day period, officials said.

More than 28 million Californians live in counties where restaurant dining rooms, bars and other indoor facilities have been ordered to stay shut as Covid-19 cases increase. The closures affect 72% of the state’s population, and include restaurants, breweries, museums, zoos and movie theaters for at least three weeks, Gov. Gavin Newsom said.

“Bottom line is, the spread of this virus continues at a rate that is particularly concerning,” Newsom said.

Michigan is closing indoor service at bars throughout most of the lower part of the state.

Other states including Florida, Georgia, Idaho, Louisiana, Maine and Nevada — which have all seen more than a 50% increase in cases — have paused or rolled back their reopening plans.

All those factors can increase the spread, Franco added.

There’s still a chance to turn things around

While predictions are dire, the US can turn the resurging coronavirus pandemic around, said Dr. Anthony Fauci, the nation’s leading infectious disease expert.

During a testimony before a Congressional committee Tuesday, he said without intervention such as mask-wearing and social distancing, the US could see as many as 100,000 new Covid-19 cases a day. Already the country is seeing an average of 40,000 new cases a day.

“If you leave the virus to its own devices, it will take off on you. The control of an outbreak is what we do to oppose the dynamics of the outbreak. And if you do things that essentially enhance the outbreak, then you’re part of the problem. You’re not part of the solution,” Fauci said.

The US can reduce the numbers, but it’ll require people to do things differently and follow guidelines, he said.