US coronavirus: Americans must unify against vast Covid-19 surge to avoid up to 100,000 cases daily 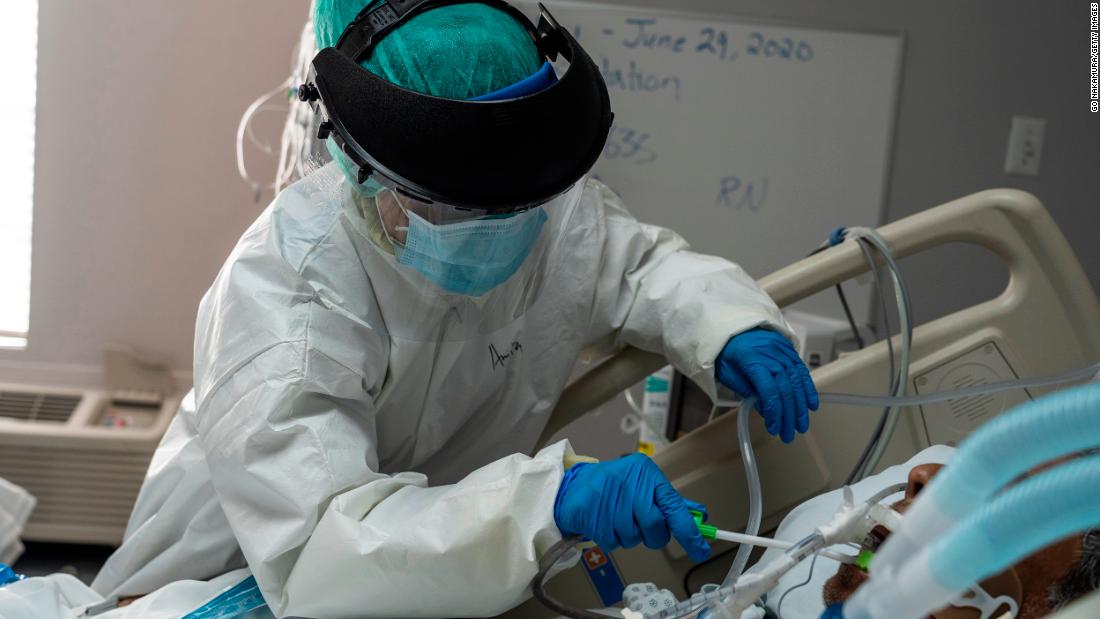 “We are now having 40,000 cases a day. I would not be surprised if we go up to 100,000 a day if this does not turn around,” Director of the National Institute for Allergy and Infectious Diseases Dr. Anthony Fauci told the Senate Health, Education, Labor and Pensions (HELP) Committee hearing.

But without strong national leadership, that coordination may be up to mayors and governors, according to Dr. William Haseltine, a former biotechnology executive and professor at Harvard’s medical and public health schools.

“This situation is now so grim and is getting worse by the day,” he said. “From now on, they know it’s in their backyard and their job to take care of it if no one else does.”

Most of the US has the pandemic in their backyard, with only two states showing a downward trend in cases from last week. The surge comes as restriction-fatigued Americans increasingly gather in large groups for summer recreation.

Precautions like social distancing and mask wearing are meant to help people “enjoy themselves within the safe guidelines,” Fauci said.

“We should not look at the public health endeavors as being an obstruction to opening up. We should look at it as a vehicle to opening up,” he said.

The measures health experts tout to curb the virus are especially important considering more than 90% of the country has not experienced the virus, meaning herd immunity could still be years away, Dr. Robert Redfield, director of the US Centers for Disease Control and Prevention (CDC), told the Senate HELP committee on Tuesday.

Both Redfield and Fauci stressed the importance of widespread masks, which experts have encouraged for months even as President Donald Trump has noticeably forgone them.

An environment with universal masks is “fundamentally the most important thing we can do,” Redfield said.

What people shouldn’t do in this pandemic, Fauci said Tuesday, is head to the bar.

Without those measures, Fauci said, the US will continue to be in trouble.

“Clearly, we are not in total control right now,” he said. “The numbers speak for themselves.”

Officials in California and Florida — two states where coronavirus cases are jumping — are taking different approaches toward reopening amid spikes in infections.

As the holiday weekend looms, Newsom warned that family gatherings — where households tend to let down their guards mixing with extended family — are the greatest concern.

“It’s not just bars, not just out in the streets with people protesting, and the like,” Newsom said.

Newsom ordered bars in seven counties to close over the weekend and said he will announce more restrictions on Wednesday.

Newsom has repeatedly promised that reopening the state comes with the ability to “toggle back” if necessary.

Responding to a reporter’s question about the beaches being closed in Los Angeles County for the Independence Day weekend, the governor hinted that state beaches could be part of his announcement.

In Florida, DeSantis assured reporters that his state can deal with the uptick in cases and it’s not necessary to shut down shops and restaurants.

“We’re not going back, closing things,” he said. “I mean, people going to business is not what’s driving it.”

DeSantis’ message to Floridians, particularly the younger ones: Protect the vulnerable.

“You have a responsibility not to come into close contact with folks who could be more vulnerable,” he said.

Many cases are undetected

Cases in Florida have increased more than 50% from last week, and experts have warned the state could become the next epicenter, similar to New York in the spring.

But DeSantis said he rejected experts’ predictions, adding that the state can handle whatever comes.

“People were predicting you know 400,000 people hospitalized, never came,” he told CNN’s Randi Kaye. While cases are rising, he said that the percentage of tests coming back positive is still “low” at 10% to 15%.

But US Food and Drug Administration, Dr. Mark McClellan, said Tuesday that the real case numbers may be higher than reported — and the number of new cases may already be at 100,000 per day.

“Remember, a lot of cases are going undetected because not everybody can get testing,” McClellan told Jim Acosta on The Situation Room.

And he predicts things will get worse before they get better.

“It just really emphasizes the importance of taking further steps, on wearing masks, on pausing reopening, on taking steps ahead of July 4th to avoid big crowds,” McClellan said.