US coronavirus: America has most known coronavirus cases worldwide, but experts say it’s just the beginning of the battle 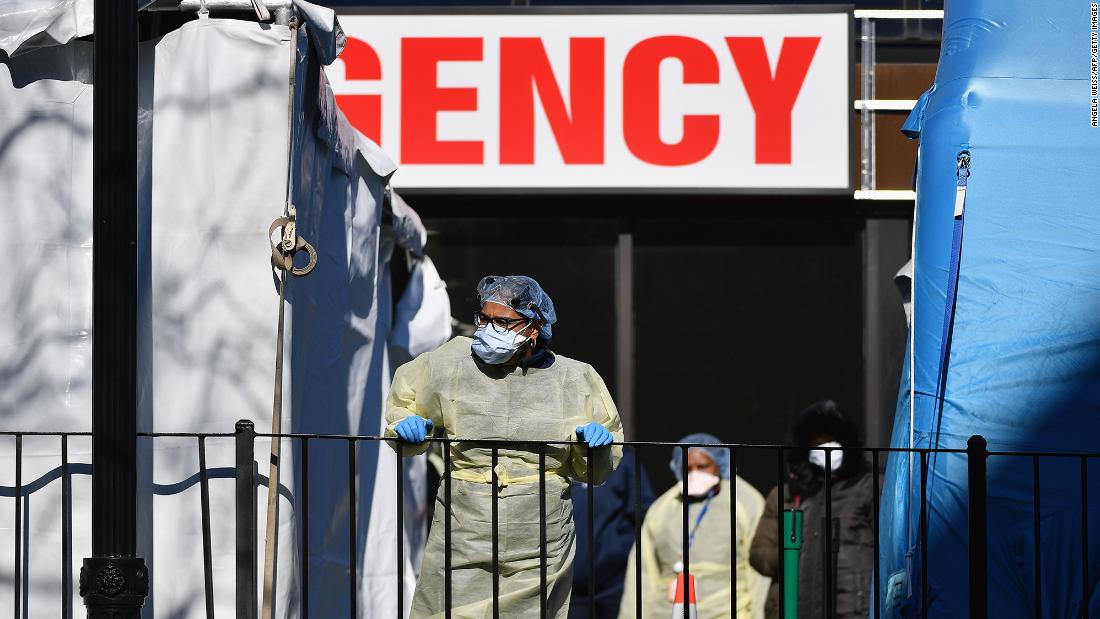 “We are in for a bumpy ride for the next 12 to 18 months,” said Dr. Ashish Jha, the director of the Harvard Global Health Institute. “If we are aggressive now about stopping things, shutting down, building up a test regime, we can then open up again …. and most places can go back to work.”

“But only when we are ready. And we are nowhere near ready now,” he said.

When President Donald Trump said he hopes to have Americans back at work by Easter, he was making an “aspirational projection,” said Anthony Fauci, one of the country’s top health officials.

“He’s listening to us when we say we really got to reevaluate it, in real time, and any decision we make has to be based on the data,” Fauci said.

But as the days go by, the numbers of reported cases across the country continue to skyrocket — especially in areas like New York and California, where officials have ramped up testing, servicing thousands of residents in days.

A little less than half of the country’s cases are still in New York, where 385 people have died and hospitals are overwhelmed, with many already low on staff and running out of equipment.

But experts say other areas in the country seeing a spike in cases are raising concern.

“There’s a lot of places coming that I’m very worried about.”

The areas officials are worried about

For days, New York led the country with the highest number of cases, after New York Gov. Andrew Cuomo ordered a partial lockdown and doubled down on testing.

Health officials say California, with more than 3,000 cases, isn’t far behind from seeing a surge in cases similar to New York’s. And with positive tests rapidly increasing across the country, experts worry other states may follow.

Earlier this week, Louisiana Gov. John Bel Edwards said cases in his state were growing faster than anywhere in the world. Health experts said they were monitoring “clusters” in six nursing homes and in New Orleans. One official said hospitals were already facing shortages of ventilators and protective equipment.

“This is going to be the disaster that defines our generation,” said Collin Arnold, director of the city’s Office of Homeland Security and Emergency Preparedness.

Jefferson and Orleans parishes, which make up most of metro New Orleans, ranked among the top seven counties nationwide in deaths per 100,00 residents for areas reporting 100 cases or more. And at least 3,000 were expected to be tested Thursday.

Dr. Deborah Birx, the White House’s coronavirus response coordinator, said 40% of the country has “extraordinary low rates” of coronavirus. About 19 states have fewer than 200 cases, she said.

But she said counties including Wayne County, Michigan, and Cook County, Illinois, are showing a “more rapid increase” in cases.

In Michigan, cases jumped from 350 to nearly 3,000 in a week. Michigan Gov. Gretchen Whitmer said this week she sent Trump a request for a major disaster declaration and was hopeful the President would grant it in full “and within a matter of days, so we can provide more services to Michiganders who need them.”

The declaration would allow the state to provide rental assistance and temporary housing to people in the state, counseling and therapy for residents and the ability to quickly set up field hospitals or other facilities to treat coronavirus patients.

Meanwhile, Cook County, Illinois, is in the process of “acquiring additional refrigerated warehouse space” as a precaution for what could come next, Cook County spokesperson Natalia Derevyanny said.

“Our hope is that we’re doing all this planning but that we wind up not needing the plans we’ve put into place,” said Derevyanny.

Illinois numbers jumped from close to 600 last week to 2,538 Friday.

Doctors, nurses on the front lines

Responding to the rising numbers, some hospitals say they’ve reached a breaking point — both because of overworked staff and few medical supplies left.

A Long Island hospital nurse said patients were streaming in with “non-stop coughing, sweaty, fevers” and with “fear in their eyes.”

“I haven’t slept because my mind won’t shut off. I cried in the bathroom on my break, as I peeled off the PPE from my sweaty self, mask indentations on my face. I cried the entire ride home,” the nurse, who CNN is not naming, wrote in a social media post.

In one New York City hospital, an assistant nurse manager who suffered from asthma died less than a week after testing positive for the virus.

Kious Jordan Kelly was a “beloved member” of the nursing staff at Mt. Sinai Hospital, the hospital said.

The coronavirus crisis has “turned our frontline professionals into true American heroes,” Mt. Sinai said in a statement Tuesday. “Today, we lost another hero – a compassionate colleague, friend and selfless caregiver.”

To combat a desperate need for more hands on deck in hospitals across the country, medical schools are considering early graduation for their senior medical students to become doctors, according to Dr. Alison Whelan, the chief medical education officer for the Association of American Medical Colleges.

On Tuesday, New York University became the first medical school in the country to offer this option. Cooper Medical School of Rowan University in New Jersey also sent an email to its senior medical students on Thursday gauging interest and offering early graduation.

To support hospitals, Vice President Mike Pence said the federal government has already shipped out millions of protective equipment and 6,000 ventilators from the national stockpile.

But the US Surgeon General says those supplies will not resolve the crisis.

“We will not supply our way out of this problem,” he said Thursday.

“A lot of the capacity that folks are looking for is already out there. It’s sitting on shelves in surgery centers. It’s sitting in hospitals. It’s just misaligned,” Adams said. “I really want you all to think about how you can help us fix that misalignment.”

Summer may not be the end

And while some look to the summer hopeful that better weather will help alleviate the problem, Fauci says warmer days may not mean the end of the virus.

“We are hoping, though it may not happen, that we will see that impact of warmer weather on bringing the infection rate down, but you can’t guarantee it,” he said Thursday.

“Because this is a brand-new virus, and it may not act like some of the other respiratory viruses in which often you do see a diminution, as the weather gets warmer, there’s no guarantee that we’re going to see that right now,” Fauci said.

He has said that as far as the timeline of the virus outbreak in the US, it’s important to remain flexible.

But, he says, the key to nearing an end with the battle against the virus is contact tracing — where researchers track down everyone an infected person might have been in contact with.

“We’ve got to do it better than we are now, not that we’re at fault, that no one’s made any mistakes, but they’ve got to elevate it to the point where, when you have someone in society who is infected, you’ve got to not only identify them, but you’ve got to be able to isolate them very quickly, not five days later, after they wound up potentially infecting individuals.”

“That’s what’s called strict containment and that’s what we’ve got to do,” Fauci said.