US coronavirus: America doesn’t have to wait for a vaccine to get Covid-19 under control, nation’s top doctor says 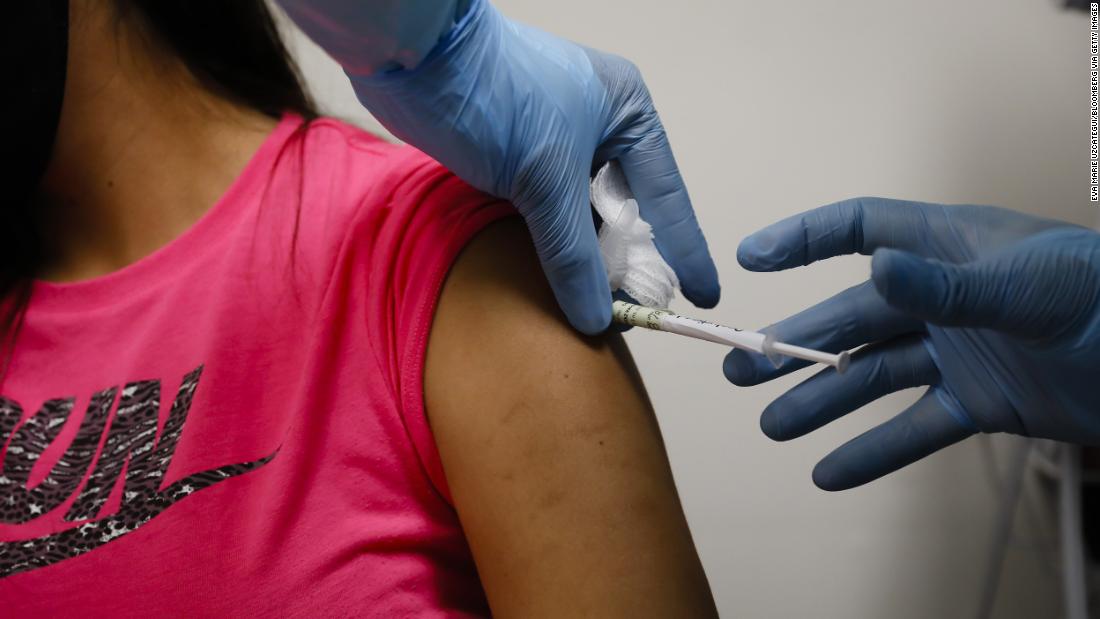 “We can do it right now,” US Surgeon General Dr. Jerome Adams said Thursday. “The tools to stop this virus are already in our communities.”

It’s been done before — in places like New York, Adams said.

“Our numbers continue to reflect the work of New Yorkers, who ultimately flattened the curve,” New York Gov. Andrew Cuomo said earlier this week. “As we head into the fall and flu season ahead, we need everyone to continue to wear masks, socially distance and wash their hands.”

It may sound like a simple solution to a complex problem, but health officials across the country have said that widespread adherence to safety measures like widespread mask usage could be nearly as powerful as another lockdown. And researchers with the University of Washington’s Institute for Health Metrics and Evaluation project more than 115,000 lives could be saved by January if 95% of Americans wore masks.

These measures, if implemented, could also mean a milder flu season this year, according to a new study.

“If extensive community mitigation measures continue throughout the fall, influenza activity in the United States might remain low and the season might be blunted or delayed,” according to a study published Thursday in the US Centers for Disease Control and Prevention’s Morbidity and Mortality Weekly Report.

So far, more than 6.6 million have been infected with Covid-19 in the US since the start of the pandemic and at least 197,633 people have died, according to Johns Hopkins University. And an ensemble forecast published Thursday by the CDC projects more than 20,000 Americans could die in the next three weeks from Covid-19.

But what will happen next in the pandemic remains unclear.

Some experts have offered grim predictions about the fall and winter in the US.

If both flu and Covid-19 cases surge, that could quickly overwhelm health care system capacity, Adams said. And doctors will have a hard time differentiating between Covid-19 symptoms and flu symptoms, experts have warned.

“This flu season is going to be the most important flu season we’ve had in decades,” Adams said, adding it will also likely serve as a good indicator of how many people will get the Covid-19 vaccine.

“It’s an opportunity to prime the pump and have that conversation,” he added.

There are other scenarios going forward: with the help of flu shots and other mitigation measures, the US may not have to put up the double battle some experts predicted for this fall, Dr. Anthony Fauci, the country’s leading infectious disease expert says.

Australia saw their fewest flu cases “in memory” during their winter — between April and September — Fauci said in an interview with Washington radio station WTOP.

“They almost, as they call it, had an absent flu season,” Fauci said.

The theory is that all the precautions they took to contain the pandemic actually “averted a flu season,” he said.

“It is entirely possible that, despite the fear that we were going to have a double whammy, namely flu season superimposed upon a continuation of Covid-19, that may not be the case,” Fauci said.

Teachers at risk across US

The country has continued to navigate its response to the crisis amid a back-to-school season like no other. While dozens of districts across the country opted to begin the year virtually, other students returned to class — and with them came more Covid-19 cases.

In Massachusetts, almost 30 teenagers were asked to quarantine after parents sent a child to school despite knowing the student was infected, according to the school district and town’s mayor. In Florida, the number of children under 18 who have contracted the virus statewide has jumped 26% since many public schools opened their doors last month.
The school openings come despite weeks of protests from education leaders who feared a return to school could be deadly.
The results of a new study now show between 42% and 51% of all school employees in the US met the CDC’s criteria for either having an increased risk for Covid-19 infection or potentially increased risk for Covid-19 infection.

“Among all adults with CDC risk factors for severe Covid-19, between 33.9 million and 44.2 million had direct or within-household connections to schools,” the researchers with the Agency for Healthcare Research and Quality wrote.

The results, the researchers wrote, highlight the “public health challenge that arises when the risk of school-related exposure is coupled with the potential for within-household transmission.”

Within-household transmissions have also been a concern among experts when it comes to college students, many of whom could return home for upcoming breaks or already are living with their parents.

It’s why Fauci has urged colleges and universities to isolate students infected with the virus on campus instead of sending them home. Colleges in all 50 states have reported positive cases of Covid-19.

“You send them back to their community, you will in essence be reseeding with individuals who are capable of transmitting infection, many communities throughout the country,” Fauci said earlier this month.