US coronavirus: America could see a higher summer death toll and CDC warns of a possibly worse coronavirus outbreak in winter 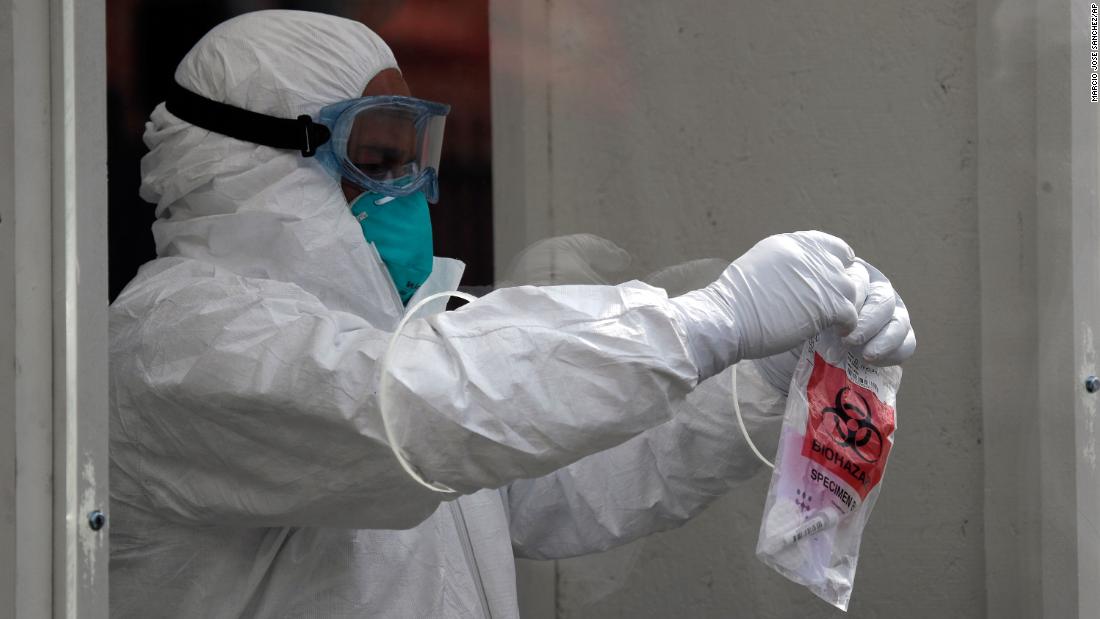 The change came as states began updating their number of deaths, adding residents of nursing homes who officials are now counting as presumptive positives, Dr. Chris Murray, the director of the Institute for Health Metrics and Evaluation at the University of Washington, said Tuesday.

He said his team of experts were taken aback when states like Georgia — which still has a high number of infections — announced they’ll be easing some restrictions. Georgia Gov. Brian Kemp has said he expects an uptick in cases as many stores begin to reopen in the state this Friday, but said the state is prepared to handle them.

“If people start to go back to normal social interaction or even progressively go back, the risk of transmission will go up … and then you go back to the sort of exponential rise that was happening before we put in social distancing,” Murray told CNN. “The risk is very great for resurgence from these early openings.”

That’s as the US Centers for Disease Control and Prevention director gave an ominous forecast of a possible second wave of the virus in the winter.

“There’s a possibility that the assault of the virus on our nation next winter will actually be even more difficult than the one we just went through,” CDC Director Robert Redfield told The Washington Post. “We’re going to have the flu epidemic and the coronavirus epidemic at the same time.

To safely move forward, experts have long emphasized the country should be able to track, trace and isolate cases.

Bolinas, a remote Northern California community, may be one of the first in the world to attempt to test all of its residents for the virus and for the antibodies that may make people immune.

Less than 2,000 people live in the town and in the first two days of testing, more than 700 residents showed up. The community-wide free testing is voluntary and part of a new study launched by the University of California, San Francisco, that’s attempting to get a more complete understanding of how the virus is invisibly spreading.

That unseen spread is something health officials all over the state are trying to tackle, now recommending coronavirus testing for asymptomatic people who live or work in high-risk environments such as nursing homes or hospitals.

The new guidelines, from the state’s department of health, were announced in an April 19 memo and make California the first state in the nation to broaden its guidelines for testing to include those without symptoms, state health officials told CNN.

According to a spokesperson from the department, the previous guidance from the CDC was to test high-risk patients with symptoms and healthcare workers with symptoms.

That number, he said, “is still inadequate” and the state has a long way to go before attempting to reopen.

The US has so far conducted 4 million tests

In two different plans for reopening society, economists and public health experts have said millions of tests should be conducted each week before restrictions can be lifted.

So far, the country has performed about 4 million tests. And while federal officials tout the country has testing capacity, some state leaders — including Illinois Gov. J.B. Pritzker — have reported that while they may have the necessary machines, they’re lacking the materials and staff to run them.

A new test that was approved by the US Food and Drug Administration may mean Americans can mail in their results. The test would allow patients to collect their samples using an at-home test kit and then mail it into the lab for testing, the FDA said Tuesday.

That test could be available in most states to consumers who have a doctor’s order within the coming weeks, the agency said.

“Throughout this pandemic we have been facilitating test development to ensure patients access to accurate diagnostics, which includes supporting the development of reliable and accurate at-home sample collection options,” FDA Commissioner Dr. Stephen Hahn said in the agency’s announcement.

The news comes as an announcement from another company warned of possibly misleading results.

Abbott Laboratories, the maker of a rapid coronavirus test that’s been widely used across the country and distributed by the federal government, warned its device can produce false negatives if a certain solution is used to move or store the patients’ samples.

The company told health care workers not to use “viral transport media” solutions on its device and instead said customers should only place swabs with patients’ samples directly in the device.

States are grappling with how to move forward

Despite the questions still surrounding tests in the US, many governors across the country have turned their attention to reopening their state’s economy.

Last week, the federal government said in order to do so, states should wait to see a 14-day continuous decline before thinking about lifting their measures — the first of three phases of reopening.

South Carolina and Georgia announced this week — before either hit that milestone — they’ll be easing restrictions.

Georgia’s governor said workers and business owners need relief, adding that businesses including bowling alleys, body art studios and hair and nail salons can reopen this week. Theaters and restaurants can open their doors next week with social distancing restrictions.

Kemp said that no local ordinance can restrict the openings, which will be implemented statewide. Mayors across the state were left astounded, many saying they’re unprepared for such a move.

“I have searched my head and my heart on this, and I am at a loss as to what the governor is basing this decision on,” she said.

In Tennessee, Gov. Bill Lee announced most businesses across the state will be able to reopen May 1, once the state’s stay-at-home order has expired — but hinted some may be able to open even sooner.

Other governors — including New York Gov. Andrew Cuomo and Newsom — have announced they have partnered with neighboring states to come up with plans to reopen but have stopped short of giving a timeline just yet. Cuomo has highlighted that ramped up testing will be key in preparing the state.

On Tuesday, he tweeted the state was planning to double its capacity to 40,000 tests per day, saying it was an “ambitious” goal but “critical.”