Unpopular teens could be at higher risk of heart conditions later in life, study suggests 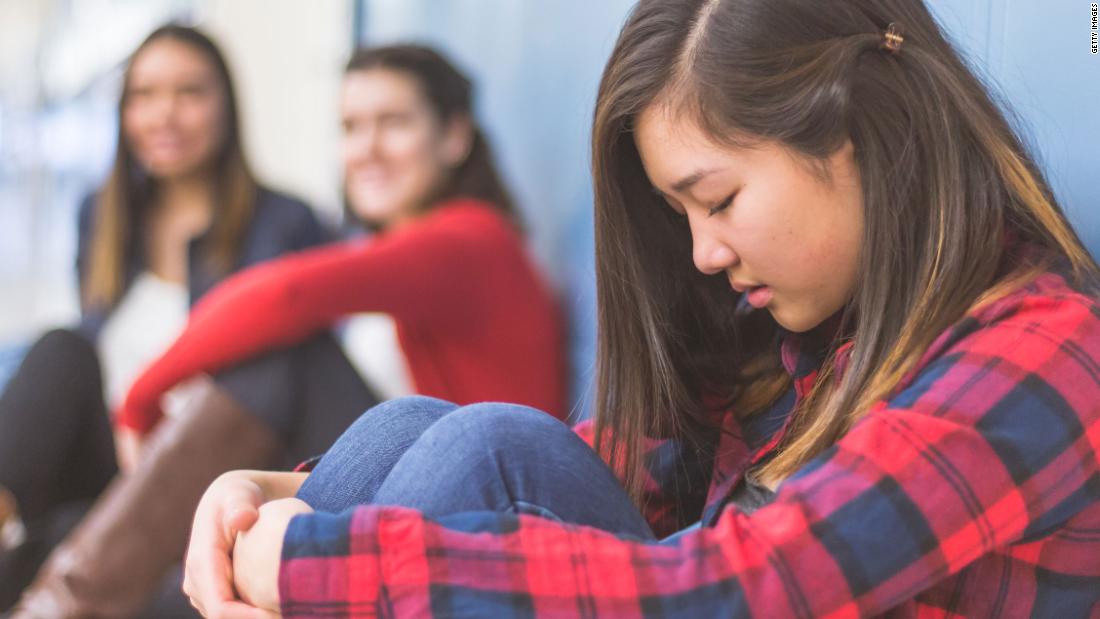 Thirteen-year-olds who weren’t very popular with their peers growing up, a new study released Tuesday has found, seem to have a heightened risk of developing circulatory system disease in later life. This includes higher risk for conditions such as narrowed and hardened arteries and abnormal heartbeat that affect the normal functioning of the heart and blood vessels.

“Although not many realize it, peer status is one of the strongest predictors of later psychological and health outcomes, even decades later, said Mitch Prinstein, the John Van Seters distinguished professor of psychology and neuroscience at the University of North Carolina.

Prinstein, and the authors of the study, said that it’s important to note that peer status is a specific form of popularity — likeability rather than being the cool kid.

“Many would perhaps think of high-status kids as those who were highly visible and influential — hanging out in the smoking area during breaks and partying during the weekends. That is another type of popularity, which is sometimes referred to as perceived popularity,” said Ylva Almquist, an associate professor and senior lecturer at the department of public health sciences at Stockholm University and an author of the study, which published in the journal BMJ Open.

“Peer status is rather an indicator of likability, and the degree to which a child is accepted and respected by their peers.”

Chronic health problems are usually explained by genetic factors or actions like smoking, drinking or an unhealthy diet, but research has suggested that high-quality relationships are a key indicator of mortality.

In this study from Sweden, the researchers used data from the Stockholm Birth Cohort Multigenerational Study, which includes everyone born in 1953 and residing in Stockholm, the Swedish capital, in 1963.

The health of 5,410 men and 5,990 women was tracked into their 60s. At age 13, they had been asked who among their classmates they preferred to work with. They used the results to determine “peer group status,” which they divided into four categories: zero nominations, which they termed “marginalized”; one (“low status”); two or three (“medium status”); and four or more (“high status”).

Thirty-three percent of the boys enjoyed high peer group status at the age of 13, slightly more than girls (28.5%), the researchers found. Some 16% of the girls were classed as “marginalized,” compared to 12% of boys.

In their analysis, the researchers said they accounted for factors such as number and position of siblings, parental education and mental health, socioeconomic conditions, and school factors, such as intellect, academic performance and any criminal behavior.

But as an observational study, it can only show a link, and Almquist said there could be many explanations for the association.

“A common dilemma in this kind of research is that we have the information we need to establish associations between conditions in childhood and health outcomes in adulthood, but we know quite little about whatever is happening in between,” Almquist said.

Potential for chronic inflammation due to stress

Katherine Ehrlich, an assistant professor of psychology at the University of Georgia, who wasn’t involved in the research, said one explanation could be chronic inflammation linked to stressful experiences of relationships, both in adolescence and in adulthood.

“It is plausible that stressful social experiences (like being socially isolated) could lead to persistent unresolved inflammation, and if these levels are sustained over time, that could increase one’s risk for plaques in the arteries, heart attacks, and other cardiovascular problems,” said Ehrlich, who wasn’t involved in the research.

“It seems likely that health behaviors also play a role in the progression from low peer status to circulatory diseases decades later. Individuals who are socially isolated may be more likely to have unhealthy diets, engage in excessive drinking, and lead sedentary lifestyles, all of which could also increase one’s risk for cardiovascular problems.”

There is also an evolutionary logic, according to Prinstein, who is also the author of “Popularity: Finding Happiness and Success in a World That Cares Too Much About the Wrong Kinds of Relationships.”

“Our species is uniquely and remarkably attuned to our social position because many years ago we relied on each other for safety,” he said.

“Research now reveals that social rejection activates the same regions of the brain that are known to respond to physical pain, and also expresses dormant DNA to prepare our bodies for imminent injury. Unfortunately, this response is no longer necessary, so the expression of these genes leaves us more vulnerable to viral infections and more likely to suffer from inflammation-related illnesses,” Prinstein said.

He added that it was also possible that those higher in peer status are more likely to be afforded opportunities for learning and access to more resources — including ones that could promote their health.

“We spend so much time, energy, and funding attending to factors we think can improve children’s chances at a happy and successful life, but we have neglected the one factor that is perhaps most important of all: our children’s ability to get along well with others and be perceived as likeable,” he said.

For parents worried about their kids’ social life, Almquist stressed that problematic experiences with peers do not automatically lead to health problems and having caring and supportive parents was a “protective factor.”

Ehrlich agreed that strong ties between parents and teens could act as a buffer against problematic peer relationships. “It is understandable to see these findings and worry about the long-term consequences for teens who might be more socially isolated.

“Additionally, many adolescents struggle at one point or another with their peer relationships — finding it difficult to fit in or ‘find their people,'” she said. “The advice I would give to families is: keep trying. Join new clubs, try to meet people online, put yourself out there — you never know who could turn out to be a lifelong friend.”