Uneven vaccination rates across the US linked to Covid-19 case trends, worry experts 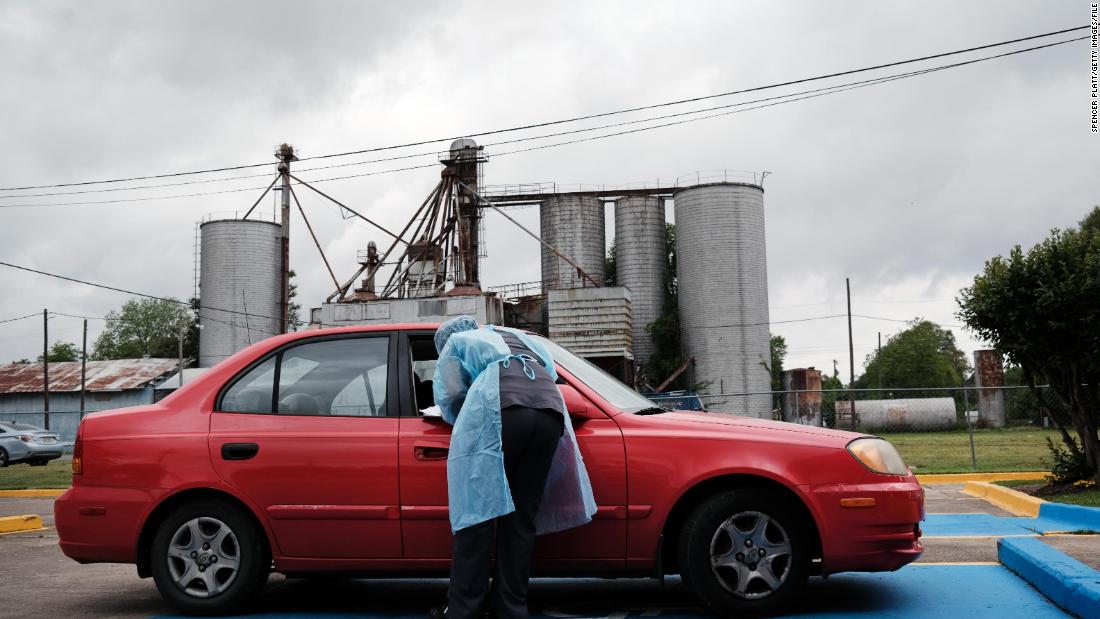 But vaccination rates across the United States are uneven — a worrisome trend that could obstruct efforts to end the Covid-19 pandemic. Rates range from more than 78% of adults in Vermont with at least one vaccine to less than 45% of adults in Mississippi.

And over the past week, states with higher vaccination rates have generally had lower Covid-19 case rates, a CNN analysis of data from the CDC and Johns Hopkins University found.

Seven states have already reached the Biden administration’s goal of vaccinating at least 70% of adults with at least one shot by July 4, data from CDC shows: Connecticut, Hawaii, Maine, Massachusetts, New Hampshire, New Jersey and Vermont.

And the gap in case rates widens along with disparities in vaccination rates.

Ten states have vaccinated less than half of their adult residents with at least one dose, and their average per capita case rate was about 19% higher than those seven states that have already reached the Biden administration’s goal.

The 10 states that have vaccinated less than half of their adult residents — Alabama, Arkansas, Georgia, Idaho, Louisiana, Mississippi, South Carolina, Tennessee, West Virginia and Wyoming — reported an average of more than 78 new cases per 100,000 people over the past week.

Over the course of the pandemic, the Garden State has had one of the highest rates of Covid-19, ranking 12th, with more than 11% of its population infected with the virus at some point. Yet, over the past week, the state had the third lowest rate of new Covid-19 cases, reporting an average of less than 5 cases per 100,000 people per day.

In mid-December, before the first dose of Covid-19 vaccine was administered in the United States, the Covid-19 case rate in New Jersey was tracking very close to the national average. Now, New Jersey has become a leader in vaccinations. It’s one of the seven states that has already vaccinated more than 70% of adults with at least dose — and the latest 7-day average of new cases in the state is about a third of the national average.

While New Jersey illustrates the link between higher vaccination rates and lower case rates, there are exceptions. Like New Jersey, Maine has also vaccinated more than 70% of adults with at least one dose of vaccine, but has reported one of the five worst per capita rates of new Covid-19 cases over the past week. And on the other end of the spectrum, Arkansas has one of the 10 lowest vaccination rates but one of the 10 lowest per capita rates of Covid-19 cases over the past week.

‘The virus is going to find them’

Data shows another troubling trend: There are clusters of unvaccinated people in various parts of the country, and the virus could flourish in those areas.

As the virus spreads through these areas with low vaccination rates, it has many chances to change and become potentially even more dangerous.

“Every time this virus finds a new person, it multiplies. Every time it multiplies, it creates mutations that can spring off, and those mutations can create a variant that is so different that our current vaccine protection might not work or might not work as well,” said Schaffner, an infectious disease expert at Vanderbilt University Medical Center.

If a variant is resistant, even to some degree, to the vaccine, that “could be problematic even for those who are vaccinated,” said Dr. Paul Offit, an infectious disease expert at the University of Pennsylvania.

“I think we need to fix this. We need to impress on people the importance of vaccination to stop the virus,” said Offit, a member of the US Food and Drug Administration’s Vaccines and Related Biological Products Advisory Committee. “How many more variants need to be created before this gets their attention?”

Such unevenness in vaccination rates “is a big concern,” said Dr. Bhavini Murthy, a medical officer at the CDC and lead author of the report. “We need to make sure we have high vaccination coverage in both rural and urban populations so we can keep moving the needle forward toward ending the pandemic.”

A Kaiser Family Foundation survey in April found that 3 in 10 rural residents said they would “definitely not” get a Covid-19 vaccine or they would get one only if they were required to have it — more than those in urban or suburban areas.

“We need to continue to ensure vaccination coverage is uniform across the country,” CDC Director Dr. Rochelle Walensky said in a White House Covid-19 briefing Tuesday. “This will require us to meet people where they are, to listen to their concerns, and to help people make informed decision about vaccination.”