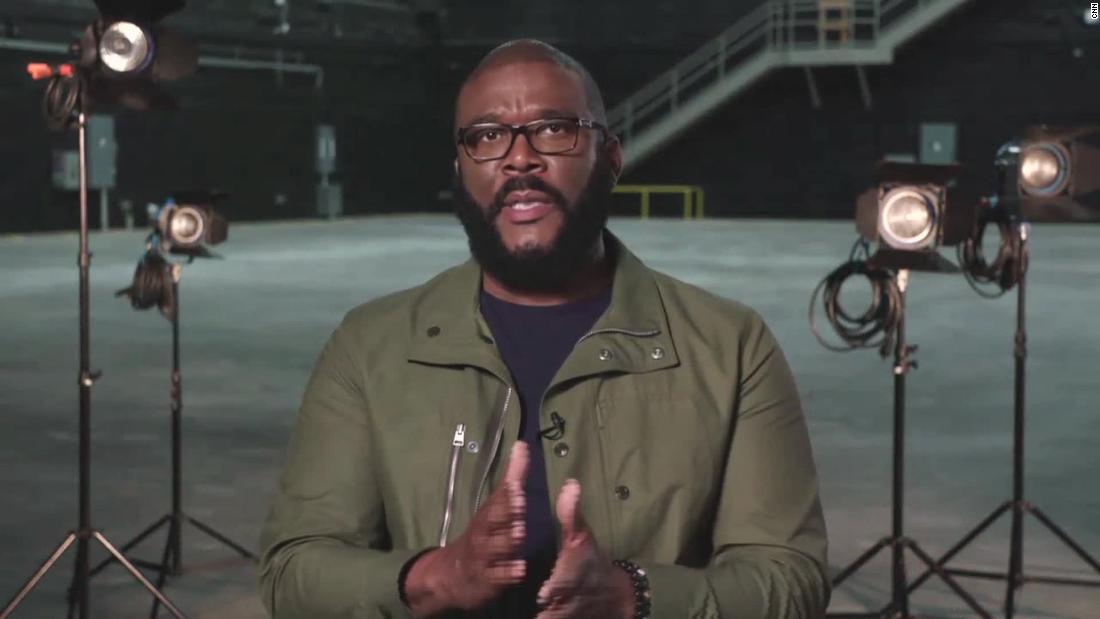 But this sense of being frozen in time has been thawing out in one small corner of Atlanta. Tyler Perry Studios recently completed its first successful session of what Perry calls “Camp Quarantine” to film season 2 of “Sistas,” the comedy-drama series on BET.

It is one of the first TV series produced entirely during the pandemic. Eleven days of filming, more than 300 people on site and no one got sick while there. According to the studio, everyone was tested and sequestered immediately upon arrival until their results came back. Four people were found to be positive at that time, yet no one tested positive since.

And Tyler Perry Studios is turning around and doing it all over again to film the second season of the primetime soap opera, “The Oval.” Less than two weeks ago, 377 people were tested upon arrival. Since then, they say two more rounds of testing were done — all negative. Shooting on “The Oval” began Thursday.

Perry was getting ready to go into production for the new fall season on “Sistas” when the global pandemic came to a head.

“What I usually do at the top of the year is I write all of my scripts and I’ll go into production around March,” Perry told me. “So I was all ready to go. It was March 16. I’m watching, I’m reading, I’m paying attention to all that is happening with the numbers, and I go, ‘Okay, we have to shut down.’ So before the city, before the state, I shut down because I didn’t know how to keep 500 people safe while shooting.”

Perry said he was hopeful that there would be a federal response, a federal plan. “But a few weeks in, I realized … you got to figure this out if you’re going to do it.”

Perry consulted with medical experts, including me, and put together a 30-page plan that in essence created a quarantine bubble big enough for cast and crew for the duration of the shoot. He called it Camp Quarantine.

It involved pre-arrival testing and quarantining; flights on Perry’s private jet for out-of-towners; more testing and quarantining upon arrival; plenty of personal protective gear; no hugging; a lot of mask wearing — except for the cast while filming — and good hand hygiene; and then testing every four days. Cast and crew were kept isolated at the 330-acre studio lot in a combination of accommodations including army barracks and historic homes. There were food and alcohol trucks, movie nights, church services — just about everything.

“Once I started to get the information and understand this virus a lot more, I thought maybe this is possible, to get everyone together, reduced the crew size, social distance — do all the rules that the unions are asking, that the state is asking, that the city’s asking. But also, get us all at the studio — let us all live here during the production period,” Perry said.

“We got [cast and crew] down to 360 people, and we all moved in and we just finished our first television show successfully with no positives throughout the quarantine bubble,” he said.

The cost: $18 million. Getting access to quick testing: Priceless. I asked Perry about the thousands of tests that were performed at Camp Quarantine, at a time when testing is woefully inadequate for so much of the country. He said he’s aware he is paying top dollar for the privilege of rapid testing while others in need can’t afford to pay to get tested easily let alone quickly, but he said that he would halt production if he felt that his testing were interfering with their testing.

“When I see those lines in Arizona and other parts of the country where they’re waiting 10, 12 hours to get testing, it’s heartbreaking to me, because I know that that test — this antigen test — is only $23 a kit. Although I’m paying several hundred dollars, the average person cannot afford that,” Perry said. “So let’s be clear: If that happens, we would step back and shut down, because the important thing is that people are able to get the testing that they need.”

A trusted leader with a plan

Cast and crew were excited to be back to work. “I think that we can all agree that entertainment has helped us get through this. Books [are] entertainment. Television is entertainment. Movies are entertainment,” KJ Smith, one of the stars of “Sistas”, told CNN.

“I’m excited for us to return and I know that the world is, too. I know that we’re needed. I know this industry is needed. And especially in a time like this, we want to get away … we don’t want to think about these things,” she said, referring to the coronavirus.

Smith said she and others trusted Perry from the start. Shortly after the coronavirus had forced the cancellation the production schedule and press tours, she said they got on a call with Perry who assured everyone: “We’re going to figure this out.”

And then, she said, the cast and crew received a 30-page document. “We got a whole quarantine package of what’s going to happen. He got on the call with us again, made sure we were completely comfortable, which we were. I tell people all the time: I 100% trust Tyler Perry. He treats us like we’re his relatives. So I knew that we would be fully protected and we were — we were safe,” Smith said.

“Throughout the whole process, we had this big package of protective materials: hand sanitizers, surface cleansers, mask, suits, goggles, gloves — everything we needed. So we were really, really protected,” Smith said, adding, “There were no loopholes. There was no way around it. Everyone was holding each other accountable. And it worked out.”

Perry took his responsibility very seriously, especially after someone he often worked with — the hair designer Charles Gregory Ross — contracted Covid-19 and died in April.

“That was sobering for me,” Perry said. “And then when I started [seeing] the numbers on African-American people and Latino people, I was like, ‘Whoa, whoa!’ This thing is affecting us in much, much larger numbers. So I thought, I’ve got all these people that are working for me … the majority of the people that work with me are Black and Brown people. So I knew that I could not put them in harm’s way. So I had to come up with something but it was very sobering. Charles’s unfortunate death to this virus was very sobering.”

Perry made sure everyone knew to play it safe. Says Smith, “I consider myself a healthy individual with a healthy immune system. But I was aware — and he made us aware — of the people who needed the work, who needed to be there, who wanted to be a part of this, who had [pre-existing] conditions that could affect them. And so that had to stay at the forefront of my mind, so that we could all protect those people.”

At first, Smith said it was a bit tough, remembering to work in this new way. “It was like, okay, throw your mask on. Okay, let’s go over the next thing. What’s next? All right, take the mask off and now we do the scene. All right, throw the mask on and what’s next? So that was the biggest change and it felt really weird. It was really uncomfortable the first few times, but after the first couple days, we all were able to just get into the groove,” she said. Also hard: not greeting fellow cast members with a hug after being apart for a year, and not being able to sit around casually and catch up.

But all in all, Smith said the whole experience was fun. “I had the best time ever and I honestly hope we keep this business model for the rest of our shoots,” she said.

Perry said the success of the quarantine bubble he created for “Sistas” shows that the show can go on after all. “Masks work,” he said. “Testing works and contact tracing works. We have [hundreds of] people here and we were able to manage it just doing that: testing, isolation and contact tracing,” he added.

“All those guidelines work. They work for ‘Sistas,’ they’re going to work for ‘The Oval.’ And as long as we stick to the letter, which we do, I think we’ll be fine,” he said.

“I think that everybody who was here during the filming of ‘Sistas’ would say that it was a really, really good experience. And you know what they kept saying to me that I thought was really amazing? …They’re saying to me that they feel so safe. ‘I feel safe.’ And that is what the country has been missing for a long time,” Perry said.

CNN’s Andrea Kane and Amanda Sealy contributed to this report.