Two cats in New York confirmed to have coronavirus, making them the first pets in the US known to be infected 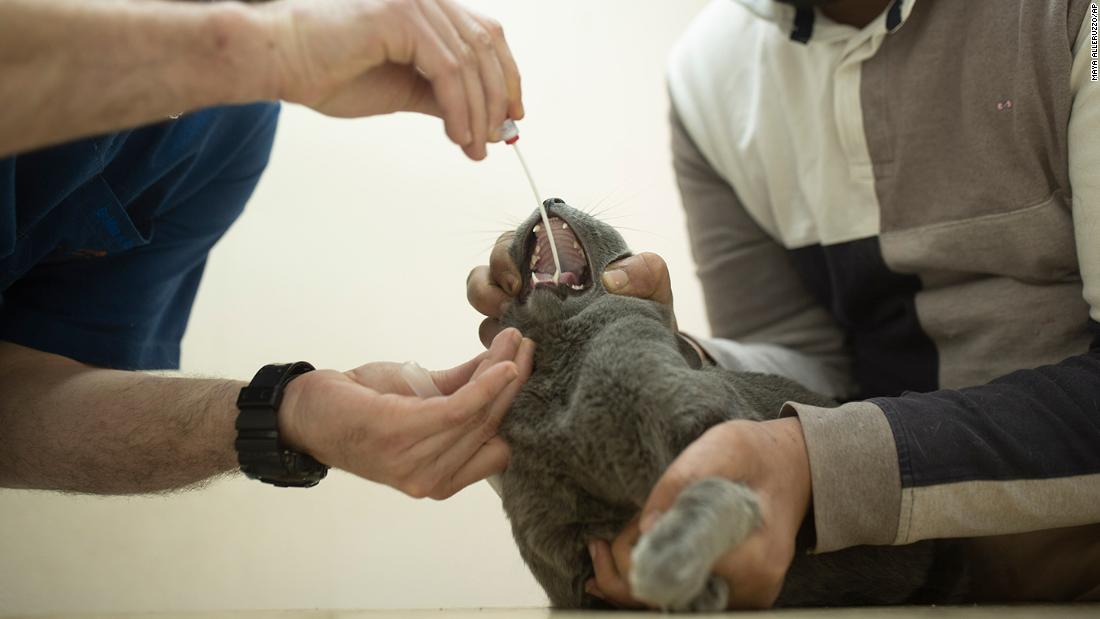 “These are the first pets in the United States to test positive,” the US Department of Agriculture said Wednesday in a joint statement with the US Centers for Disease Control and Prevention.

The agencies emphasized that there is no evidence pets play a role in spreading coronavirus in the United States. “There is no justification in taking measures against companion animals that may compromise their welfare,” they said.
The two cats were tested after they showed respiratory symptoms, according to the agencies, and they join the ranks of a lion and a tiger in New York who were previously confirmed to be infected.

A veterinarian tested the first house cat after it showed mild respiratory signs, but none of the humans in its household were confirmed to have the virus.

It’s possible, officials said, that the cat was infected by somebody outside the home. Someone inside the house, with mild or no symptoms, could have also transmitted the virus.

The second cat, in a separate area of New York, was also tested after it showed signs of respiratory illness. The owner of that cat tested positive for Covid-19 before the cat became ill, but another cat in the household has shown no signs of illness.

Social distancing for cats and dogs, too

Officials are still learning more about coronavirus and pets, but the CDC is recommending that people limit interactions between their pets and people or animals outside the household.

Cats should be kept indoors when possible, the CDC said, and dogs should be walked on a leash, maintaining at least six feet from other people and animals.

The agency said dogs should also avoid public places where a large number of people and animals gather, such as dog parks.

If someone is ill with Covid-19 — whether suspected or confirmed — officials recommend having another member of the household care for pets.

If that’s not possible, people should wear cloth face coverings around animals, making sure to wash their hands before and after any interactions.

And when people are sick, officials said they should refrain from petting or snuggling their pets — and avoid being kissed or licked.